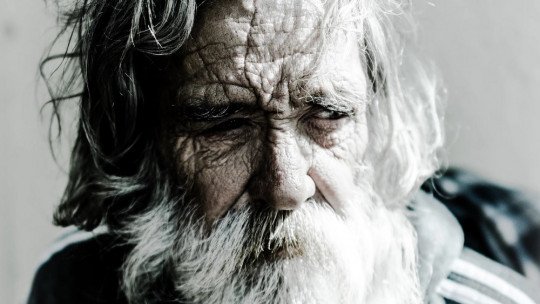 The diseases that affect the nervous system, causing the degeneration of the cells of this system, are many and very varied in terms of the amount and severity of symptoms. Most are characterized by being highly disabling.

One such condition with severe symptoms is Friedreich’s ataxia, a rare, rapidly advancing neurological disease that can end a person’s life before they reach full adulthood. The following is a description of the condition, as well as its symptoms, causes and possible treatments.

What is Friedreich’s Ataxia?

Friedreich’s Ataxia is a rare condition that was first described in 1860 by German neurologist Nicholas Friedreich. This type of ataxia was documented as a hereditary neurodegenerative disease . Specifically, Friedreich’s ataxia is transmitted by an autosomal recessive pattern, which causes patients to gradually degenerate their cerebellum and dorsal spinal nodes.

It also wears down the nerve tissue in the spinal cord, which gradually becomes thinner and decreases the myelin insulation of the nerve cells, interfering with the transmission of electrical impulses through the nerves.

This deterioration causes great damage to the muscles and heart of those who suffer from it and, as a consequence, patients experience a large number of symptoms that usually end up with a total loss of autonomy. Therefore, in a relatively short period of time, the patient ends up needing the help of a wheelchair , as well as the attention and care of another person.

These symptoms tend to appear between the ages of 5 and 15. However, they can begin much earlier, when the person is still in early childhood, or much later as they enter adulthood. Among them are a lack of sensitivity, alterations in the ability to coordinate movements, spinal problems , difficulty swallowing and articulating sounds or immune deficiency.

In addition, people with this type of ataxia are very likely to develop some form of cancer, as well as diabetes and heart disease which, in most cases, end the patient’s life.

According to the latest estimates, the incidence of Friedreich’s ataxia is approximately 1 in 50,000 persons in the general population, and no higher prevalence has been detected in either sex .

The first symptoms that may lead to the suspicion that a person suffers from Friedreich’s ataxia tend to appear in the movement of the feet and eyes. Common signs include involuntary bending of the toes or rapid involuntary movements of the eyeballs.

These alterations in the lower extremities cause great difficulties in coordinating the movements necessary for walking . These symptoms are gradually worsening, extending to the upper extremities and the trunk. Finally, the muscles weaken and atrophy, which leads to the development of a large number of malformations.

Because of the heart abnormalities or problems that often accompany Friedreich’s Ataxia, such as myocarditis or myocardial fibrosis, patients tend to experience symptoms such as severe chest pains, choking sensations and tachycardia, accelerated palpitations, or even heart failure.

The many symptoms of this type of ataxia include

It is necessary to specify that the symptoms may vary from one person to another, both in quantity and intensity. However, in the usual progression of the disease, the person is forced to need a wheelchair between 15 and 20 years after the onset of the initial symptoms; becoming completely disabled as the later stages of ataxia develop.

As mentioned at the beginning of the article, Friedreich’s Ataxia is distinguished as a hereditary disease which follows an autosomal recessive pattern . This means that for a person to inherit it, both parents must pass on a copy of the defective gene. This is why its incidence is so low.

However, there are certain cases in which no family history of the disease could be detected, indicating that genetic mutations can also occur spontaneously.

The specific gene in which the alteration occurs is the so-called “X25” or fraxatin gene . This genetic alteration causes the affected person’s body to generate abnormally high levels of iron in the heart tissue. This accumulation of iron causes the nervous system, heart and pancreas to “rust” through the effect of free radicals on them.

On the other hand, motor neurons are also at high risk of being damaged by these highly reactive molecules, thus causing the degeneration characteristic of Friedreich’s Ataxia.

Due to the complexity of the disease, as well as the severity of the symptoms, the diagnosis of Friedreich’s ataxia requires a thorough clinical evaluation . The diagnosis is based on the analysis of the medical history and a thorough physical examination for which the following tests may be performed:

What is the treatment and prognosis?

As with many other neurodegenerative disorders, an effective treatment to end Friedreich’s ataxia has not yet been established. For the time being, the protocol of action is based on a symptomatic treatment that helps to improve the quality of life of these patients.

Regarding the physical symptoms, the patient can be treated to reduce the motor problems by means of physical therapy , as well as surgical interventions or orthopaedic devices that reduce the progression of the malformations in the spine and lower extremities.

In cases where other conditions generated by ataxia appear, such as diabetes or heart problems, these will be treated by the corresponding interventions or medications. Usually, these treatments are also accompanied by psychotherapy and speech therapy .

As for the health prognosis for patients with Friedreich’s ataxia, this is rather reserved, depending on the severity of the symptoms and how quickly they progress, life expectancy can be severely affected.

In most cases, people die during early adulthood, especially if there are severe heart problems. In less severe cases, however, patients may live much longer.