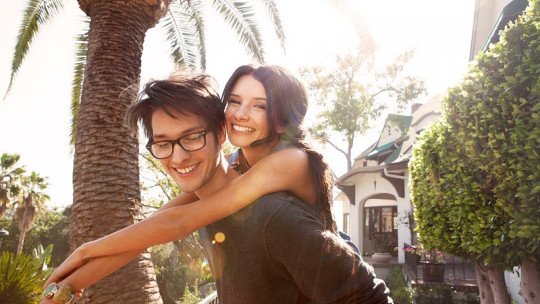 There is an unwritten law that seems to establish an unbreakable principle of human relations: lovers can be friends, but friends cannot be lovers .This rule has become so entrenched in our collective imagination that it can even be labelled with an English word: the friendzone , that is, the framework of relationships in which two people know each other so well without having been romantically involved that they will no longer have the opportunity to go out as a couple, have sex or let the relationship develop into more intimate settings.

Exporting a new concept: the ‘friendzone’

In fact, in another article we asked ourselves a similar (or perhaps opposite) question to today’s: can friendship exist between a man and a woman? That is, are we humans capable of having sincere friendship relationships with people of the opposite sex to whom we could potentially be attracted?

But, as far as today’s topic is concerned… to what extent does this friendzone rule exist and work? Are we really prone to an irremediable lack of romantic or sexual interest in the other person after some time has passed without anything having come up?

If this is true, no lover’s relationship could work if there was a time between the time these two people met and the point where they started dating for something else, but also, that would mean that if one of the two parties wanted to deepen their relationship with the other they would have a high probability of facing rejection .

Is there any room for hope?

Apparently yes . Research whose results have been published in the journal Psychological Science seems to point to the fragility of the limits of friendzone. The team that carried out this study analysed the cases of 167 couples of lovers (whose members may or may not have been married). Specifically, they measured the time these couples had been dating, the period of time from when they met until they started dating, and the degree of attractiveness of each member of the couple. The latter could be measured by using a group of students as a jury to rate each person from 1 to 7.

Interestingly, the researchers detected a correlation between the disparity in the attractiveness of each member of the couple and the period of time between meeting and starting to date . Specifically, couples whose members were more similar in terms of attractiveness took less time to start dating, while in cases where one of the members was considerably more attractive than the other, the opposite occurred: it took longer to start a more intimate relationship.

The limit seemed to be about nine months between the time of the first conversations and the beginning of a relationship as lovers. On average, couples who had started dating before those nine months had a similar degree of attractiveness , and the opposite was true in the other cases.

This discovery, although it does not deny the possibility that there may be a certain tendency towards the maintenance of friendliness in most friendly relationships, does show its chiaroscuro . In many cases, the friendzone may be no more than an expression of the lack of attraction at an early stage caused by a perceived difference in the attractiveness of the other person. However, deepening this friendship may compensate for this initial rejection and give rise to a more intimate relationship once certain pitfalls have been overcome.

The friendzone and its shadows

The conclusion of this study seems to be both a statement and a denial of the friendzone . It affirms it because it shows an interaction between the amount of time that passes without the existence of anything more than a friendship and a variable related to the search for a partner and the selection of possible sexual companions, but it denies it by showing that this temporary wall can be broken.

Despite this, much research remains to be done on these successfully consolidated relationships that seem to have overcome the friendzone phase. It is not known, for example, what role prejudices play in the first months of friendship, and whether these are a powerful brake on creating a relationship as lovers. It is also not clear whether this nine-month period should be understood as a stage in which one person seeks out the other and a clear rejection occurs, or whether at the beginning there is no intention of further progress in the relationship by either party due, perhaps, to the lack of expectations due to the perceived difference in the attractiveness of each member of the relationship). In addition, it is doubtful that each party has a similar standard to that of the student jury used in this research in judging one’s own attractiveness and that of the other person.

We also do not know very well if this correlation is due to unconscious tendencies or if they are part of a conscious strategy . Perhaps, one of the two people takes some time before trying to take the step in their relationship with the other to try to reduce the possibilities of rejection.

The boundaries between friendship and love are very blurred

Anyway, the boundary between friendship and love relationship seems to be blurred , as much as attraction may play a role in it. It is possible that what is popularly known as friendzone is just another component of those purely culturally rooted norms with which we try to put some order in our style of relating, and in fact some surveys, such as this one, seem to indicate it as well.

For the time being, we should be cautious and not take this study as irrefutable proof of the logic governing the transition from friendship to sex or to romantic relationship. In the end, this would mean taking as valid a principle, that of the friendzone, which has not yet been validated.