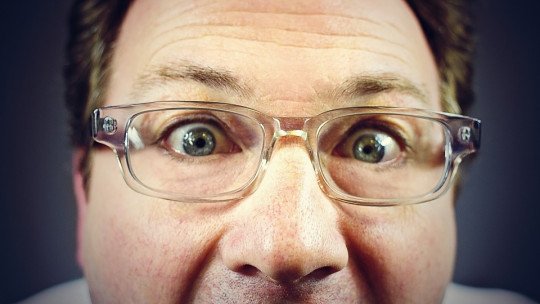 We’re on a bus and suddenly we notice someone rubbing their genitals against us. We walk through the crowd and notice that they’re touching our buttocks. Although it may not seem like it, these are relatively common situations in our daily lives, which are a crime.

Although most of those who carry out this type of behaviour do so without suffering any kind of mental problem, in some of these cases the person who carries out such touching and rubbing is a smear artist. In this article we are going to see briefly what rubbing is and why it is produced .

Rubbing as a paraphilia

Frotteurism is one of the disorders classified as paraphilia or disorders of sexual inclination, a group in which disorders are grouped in which there are repetitive and continuous sexual fantasies and impulses in which there is a non-consensual relationship or in which one of the parties cannot consent, in which the only reason for excitement is the use of objects or in which humiliation or suffering of oneself or others is required to obtain sexual gratification. These desires, impulses or fantasies generate discomfort or deterioration in some vital area in the subject who suffers them.

In the case of rubbing, we are dealing with a paraphilia in which the subject presents during at least six months intense fantasies linked to the fact of rubbing, rubbing or touching someone against or without the victim’s will . It is the idea of maintaining physical contact and the surprise and reaction it generates in the victim that awakens the individual’s libido. In order to be considered as such, it is necessary to have carried out the practice in real life or if such fantasies generate discomfort or limitation.

It is necessary to take into account that excitement from physical contact or friction with one’s own partner or even from involuntary friction with strangers is not included in this paraphilia, and it is necessary that the subject actively and voluntarily rubs strangers who have not given their consent. The putting into practice of the fantasies of a frotteurist is a crime against sexual freedom in many countries , and can lead to prison sentences.

General characteristics of the swabber

The smear artist is usually a male who begins his activity during adolescence, usually decreasing his behavior from the age of twenty-five. It is not uncommon for these individuals to have a shy personality , with a high level of frustration and a feeling of inferiority.

Although he may have a partner and have normative relationships with her, it is also not uncommon for the subject to only obtain sexual gratification and arousal through the practice of this paraphilia, being the only type of stimulation that offers sexual gratification.

He usually acts in crowded situations and places , where it is easy to escape and go unnoticed. Typical examples are discos, public transport, traffic lights and pedestrian crossings or shopping streets.

The cause of the existence of this and other paraphilias is not fully known, although different models are put forward to try to explain their origin.

Frequently, frotteurists are people with few communication skills and feelings of inferiority , so in some cases they resort to this type of practice as an attempt to make up for their shortcomings by performing risky acts. This idea is reinforced by the fact that although it is the physical contact itself that produces the excitement, as is the case with exhibitionists, many frotteurists also enjoy the reactions of surprise or displeasure of their victims.

One of the possible explanations offered is based on the effect of exposure to similar behaviour patterns during childhood, acquiring and learning the behaviour that in some cases they have suffered themselves. In this way they could have been sexually abused , being forced to touch an adult.

From a behavioural perspective, the possibility that we are facing a conditioned behaviour is raised: at a given moment of great sexual excitement, a friction with a stranger was produced, attributing the subject’s excitement to the friction and later consolidating this association through practice.

As with other paraphilias, treatment of smear tourism can be carried out using a variety of tactics. It must be taken into account that except in cases of guilt or discomfort, generally the paraphilic individual does not present himself at the consultation by his own will , so it is to be expected that there is resistance to the treatment. It is necessary to make the patient aware of the need for and advantages of his or her participation.

It is necessary first of all to analyse the subject’s fantasies and what the subject attributes his behaviour to, whether he gives it any meaning or what circumstances lead him to carry out such practices. Knowing the meaning of the act is of great importance in order to be able to work on it through the modification of beliefs and cognitive restructuring , at the same time that the subject can express possible conflicts that have led him to carry it out.

Also, techniques such as paraphilic sequence modification are often used, in which it is intended to introduce alterations in the sequence of acts performed by the individual to carry out the touches in such a way that the final result is incompatible with the touches.