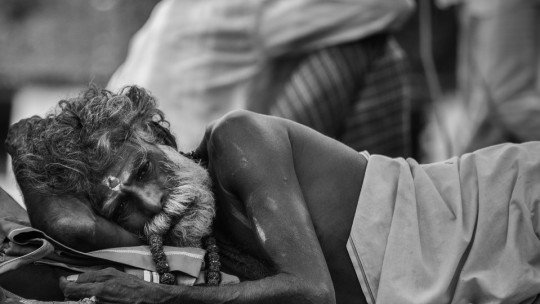 For a long time now, cognitive psychology has observed the extent to which we manipulate our interpretation of reality to fit into our patterns. Not only do we not perceive things as they are, but we automatically take all kinds of mental shortcuts to make it possible for us to reach conclusions quickly and simply.

The Fundamental Attribution Error is an example of this applied to the way we devise explanations about the behaviour of others.

What is the Fundamental Attribution Error?

The Fundamental Attribution Error is a persistent tendency to attribute people’s actions mainly to their internal characteristics , such as their personality or intelligence, and not to the context in which they act, regardless of the situation. This idea is something that would scandalize behaviorist psychologists, but which is very much used in our daily lives in an automatic way.

It is a tendency that reflects an essentialist way of thinking : it is the “essence” of oneself, something that we carry within us and that exists independently of everything else, which makes us act in a certain way. In this way it is interpreted that behaviour and personality is something that emerges from within oneself, but that this path is not travelled in reverse: the external does not influence people’s psyche, it simply receives what comes out of it.

If there is something that characterizes the Fundamental Attribution Error it is that it makes it very easy to explain what other people do. If someone is always complaining, it’s because they’re a complainer. If someone likes to meet people, it is because they are sociable and extraverted.

These reasonings make one of reification, which consists of transforming into “things” elements that are strictly speaking simple labels that we use to refer to abstract phenomena.

The use of reification

“Joy” is a word that we use to unify under one concept a lot of actions that we relate to an abstract idea, joy; however, we do not use it only to talk about those actions, but we take for granted that joy is an object located within the person and that it participates in the psychological mechanisms that lead him/her to behave this way.

In this way, “joyful” has become a word that describes behaviour to a word that explains the origin of these behaviours and intervenes in a chain of cause and effect. What we recognize in the other person, the labels that we put on them, have become the explanation to what promotes those actions, instead of being a consequence.

A way of thinking based on essentialism

The Fundamental Error of Attribution is a formula for simplifying reality precisely because it makes use of circular reasoning and the request of principle: since a person can be placed in a certain category, everything he does will be interpreted as a manifestation of that category. That which we understand to be the essence of a person will almost always confirm itself .

Interestingly, the Fundamental Attribution Error applies to others, but not so much to oneself . For example, if someone goes to an exam without having studied, it is very likely that we will attribute this to their lazy or absent-minded character, whereas if one day it is us who go to an exam without having prepared the syllabus, we will get lost in all sorts of details about what has happened to us in the last few weeks in order to qualify what has happened and minimize the responsibility we have had in it.

Essentialism is used when collecting information about the complicated web of facts that influence an action is too costly, but when judging our actions we have much more information , so we can afford not to fall into the Fundamental Attribution Error and tend to include more contextual elements in our explanation.

The Fundamental Attribution Error is closely related to other cognitive biases that also rely on a way of reasoning that is part of essentialism. One of these is the Fair World Theory, researched by psychologist Malvin J. Lerner, according to which people tend to believe that everyone gets what they deserve.

Also here we see an overdimensioning of the importance of internal or individual aspects , such as will power, preferences and personality, at the cost of minimizing contextual elements: it doesn’t matter if you are born in one country or another or if your parents have offered you more or less resources, the person you become basically depends on you (an idea that can be refuted simply by seeing the way poverty is perpetuated, always in the same regions and families).

From the Fundamental Error of Attribution it is understood that a person who steals to survive is fundamentally cheating, unreliable, and that in any situation this will be the case.

From the theory of the Just World, it is understood that there will be a tendency to justify the situation of precariousness of those who steal to survive because poverty is something that one infringes upon oneself. Both biases have in common that they start from the denial of the influence of the environment on the psychological and behavioural aspects.