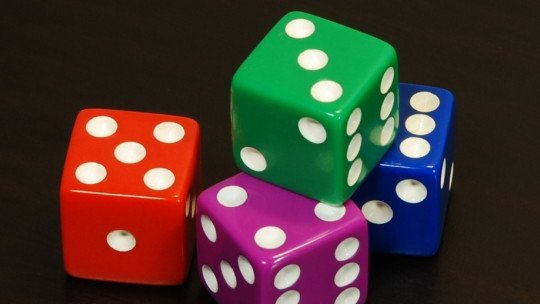 Theoretical models of decision making are very useful for sciences such as psychology, economics or politics as they help to predict people’s behaviour in a large number of interactive situations.

Among these models, game theory stands out , which consists of the analysis of the decisions made by the different actors in conflicts and in situations where they can obtain benefits or harm depending on what other people involved do.

What is game theory?

We can define game theory as the mathematical study of the situations in which an individual has to make a decision taking into account the choices made by others . Nowadays this concept is very frequently used to call theoretical models on rational decision making.

Within this framework we define as “game” any structured situation in which pre-established rewards or incentives can be obtained and which involves several people or other rational entities, such as artificial intelligences or animals. In general, we could say that games are similar to conflicts.

Following this definition, games appear constantly in everyday life. Thus, game theory is not only useful for predicting the behavior of people participating in a card game, but also for analyzing the price competition between two stores that are on the same street, as well as for many other situations.

Game theory can be considered a branch of economics or mathematics, specifically of statistics . Given its wide scope, it has been used in many fields, such as psychology, economics, political science, biology, philosophy, logic and computer science, to mention some outstanding examples.

This model began to consolidate thanks to the contributions of the Hungarian mathematician John von Neumann, or Neumann János Lajos, in his native language. This author published in 1928 an article entitled “On the theory of strategy games” and in 1944 the book “Game theory and economic behaviour”, together with Oskar Morgenstern.

Neumann’s play focused on zero-sum games , that is, those in which the profit obtained by one or more of the actors is equivalent to the losses suffered by the rest of the participants.

Later on, game theory would be applied more broadly to many different games, both cooperative and non-cooperative. The American mathematician John Nash described what would be known as “Nash’s equilibrium” , according to which if all players follow an optimal strategy none of them will benefit from changing only their own.

Many theorists think that the contributions of game theory have refuted the basic principle of Adam Smith’s economic liberalism , that is, that the search for individual benefit leads to the collective: according to the authors we have mentioned, it is precisely selfishness that breaks the economic balance and generates non-optimal situations.

Within game theory there are many models that have been used to exemplify and study rational decision making in interactive situations. In this section we will describe some of the most famous ones.

The well-known dilemma of the prisoner tries to exemplify the reasons that lead rational people to choose not to cooperate with each other. Its creators were mathematicians Merrill Flood and Melvin Dresher.

This dilemma poses that two criminals are apprehended by the police in relation to a specific crime. Separately, they are informed that if neither of them informs on the other as the author of the crime, both will go to jail for 1 year; if one of them betrays the second but the latter remains silent, the informant will be released and the other will serve a sentence of 3 years; if they accuse each other, both will receive a sentence of 2 years.

The most rational decision would be to choose treason, since it brings greater benefits. However, several studies based on the prisoner’s dilemma have shown that people have a certain bias towards cooperation in situations like this.

Monty Hall was the host of the American TV show “Let’s Make a Deal”. This mathematical problem was popularized from a letter sent to a magazine.

The premise of Monty Hall’s dilemma is that the person who is competing in a television program must choose between three doors . Behind one of them there is a car, while behind the other two there are goats.

Although intuitively it seems that changing the door does not increase the chances of winning the car, the truth is that if the contestant keeps his original choice he will have ⅓ of probability of winning the prize and if he changes it the probability will be ⅔. This problem has served to illustrate people’s reluctance to change their beliefs even though they are refuted by logic .

The falcon-pigeon model analyses conflicts between individuals or groups that maintain aggressive strategies and others that are more peaceful . If both players adopt an aggressive attitude (falcon), the result will be very negative for both of them, while if only one of them does so, he will win and the second player will be disadvantaged to a moderate degree.

In this case, whoever chooses first wins: in all probability he will choose the falcon strategy, since he knows that his opponent will be forced to choose the peaceful attitude (pigeon or chicken) in order to minimize costs.

This model has often been applied to politics. For example, imagine two military powers in a cold war situation ; if one of them threatens the other with a nuclear missile attack, the opponent should surrender to avoid a situation of mutually assured destruction, more harmful than giving in to the rival’s demands.