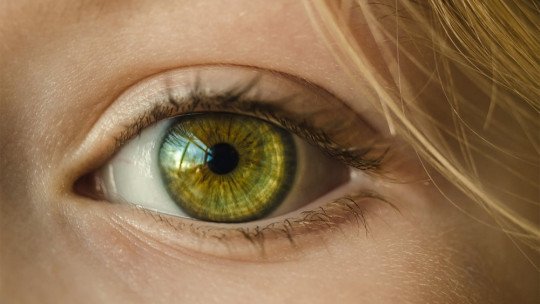 The popularly known as gaydar is a kind of sixth sense that allows us to detect whether or not someone is homosexual at a glance. There are many people, both homosexuals and heterosexuals, who claim to be able to deduce this information and to have a “nose” for sexuality.

Psychologists, like good scientists, wonder what happens when someone claims with such certainty to know the sexual orientation of others.

Is it a skill we have developed by making homosexuality visible and building an identity around it? Could it be that our gaydar is not really as infallible as we think? And if so, on what do we base our judgments when we are so sure we have deduced what kind of people the other person is having sex with?

Gaydar based on facial features

There are different interpretations of how gaydar works . One explanation is that the faces of heterosexuals and homosexuals, both men and women, are different. By detecting these morphological differences, people would be able to discern sexual orientation.

This capacity has been brought to laboratory conditions on several occasions with moderately positive results. Even showing only specific features of the face such as the eyes, the nose or just the mouth, participants are able to deduce sexual orientation and get it right more than half the time.

This explanation is not without its critics. Many researchers believe that more than feature characteristics, what participants judge is contextual information that is congruent with homosexual stereotypes . For example, the presence of a well-groomed beard, the emotional expressiveness of the face, etc., is the information that subjects use to judge, rather than the morphology of the face. Unfortunately, we do not know with certainty if gaydar based on facial information responds to stereotypical features or characteristics.

Gaydar based on stereotypes

Speaking of stereotypes, this is the second way that theorists and researchers propose as a means to deduce sexual orientation. From this perspective, gaydar is the phenomenon that occurs when an individual judges the sexuality of another based on how many stereotypes he or she fulfills. These stereotypes do not arise from nothing, but are socially constructed . In addition to being hurtful or reductionist, homosexual stereotypes serve to form differential categories.

Social categories, although they may be useful because they allow us to organize reality in an economic way, generate prejudices. To differentiate between categories we need observable attributes that allow us to differentiate the categories at first sight. Since homosexuality is not a tangible property , we attribute other features to this category. For example, the presence of feminine mannerisms and gestures, the caring aspect or the way of emotional expression. Although in some cases they may be true, they do not correspond to the entire homosexual population.

Gaydar could consist of a deduction through these stereotypes, which besides making us err on many occasions, are harmful to the homosexual collective because of their reductionism . Roughly speaking, although the presence of “homosexual characteristics” predicts sexual orientation, we leave out all those gays who do not comply with the stereotype. Because of this, we only get confirmation that we have judged stereotypical gays well, leading to the illusion that our gaydar is infallible.

Although there are not many studies on this subject, the evidence is contradictory. As we have seen before, there is research that finds a slight effect on the correct differentiation of facial features of homosexuals and heterosexuals. However, facial inspection does not explain all of the workings of gaydar. The most complete explanation is offered by the path of stereotypes .

In this line, a study on this subject carried out a series of 5 experiments to examine the viability of hypotheses based on facial features and stereotypes. This study found no evidence in favor of recognizing sexual orientation through facial features. Moreover, it is hypothesized that the ability to recognize sexual orientation in the previous studies that did find an effect has more to do with the way the subject presents himself in the photo and the quality of the photograph, than with the features themselves.

In this same study it is indeed found that, in judging orientation, gaydar is based on stereotypes. People incur in stereotypes without realizing it, hence the sensation of gaydar is more similar to an intuition that the subject does not know why he has, instead of a logical deduction . Likewise, in those trials in which the researchers claim the existence of gaydar, the participants make more judgements based on stereotypes, whereas when the researcher denies the existence of gaydar, the judgements are much less stereotypical.

The term itself may be perpetuating judgments based on stereotypes. We know that gaydar is nothing more than a form of biased and prejudiced intuition. When it is given a name of its own, we forget that it is a phenomenon based on stereotypes. By granting it the status of sixth sense its use becomes widespread and it is perceived as harmless, when in a paradoxical way stereotypes towards the homosexual population are perpetuated and increased. By talking about gaydar we incur the danger of legitimizing a social myth.

To begin with, any reasoning based on stereotypes is of little use when it comes to a complex aspect of identity. Statistically speaking, for a stereotypically gay attribute (imagine “taking good care of your skin”) to be useful in identifying homosexuals, it should be something that occurs 20 times more often in the homosexual population than in the heterosexual population. Therefore, believing in the existence of a gaydar is a fallacious reasoning.

We cannot miss the opportunity to comment on how the maintenance of these stereotypes is harmful to social progress and to the visibility of all forms of sexuality. To understand a phenomenon such as sexual orientation in all its complexity it is necessary to get rid of shortcuts. We know that the way we categorize reality, that’s how we see it. Stereotypes anchor us cognitively and do not allow us to see beyond the categories we know. The visibility of sexual diversity goes precisely through the rupture with these categories.

As with gender, it is not a matter of ceasing to use categories, but of not attributing to them rigid expectations or stereotypes that constrain the ways in which one’s identity is manifested. Overcoming these cognitive barriers means being able to understand sexual orientation for what it is: a simple question of preference in sexual relations regardless of the way you look at it, the gestures you use and how much you care for your body. This is a condition sine qua non for integration.