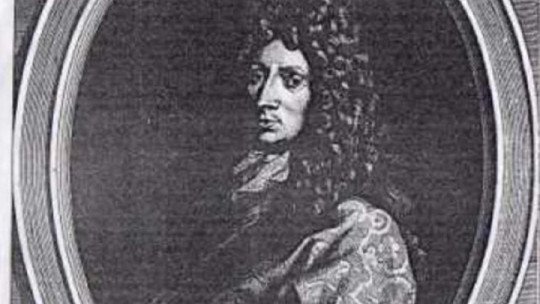 He was the only Cartesian philosopher to embrace atomistic ideas, in addition to arguing about occasionalism. Let us take a closer look at his life and work through a biography of Géraud de Cordemoy in summary format.

Géraud de Cordemoy was born in Paris on October 6, 1625, the son of a professor at the University of Paris . He was the third of four children, the only son of the brothers. Apart from the fact that his father died when he was 9 years old, little else is known about his childhood.

In his youth, he married Marie de Chazelles, although the exact date of the marriage is not known. Five children were born of this marriage.

Géraud de Cordemoy earned his living by working as a lawyer, but this did not prevent him from actively rubbing shoulders with Parisian philosophical circles . He also worked as a linguist and private tutor, and was chosen as a member of the Académie Française. In the rooms where he spoke about philosophy, he kept in touch with Emmanuel Maignan and Jacques Rohault, and had the privilege of being the tutor of the dauphin of France, Louis, son of King Louis XIV.

Shortly after his 58th birthday, Géraud de cordemoy died of a sudden illness, dying on 15 October 1684.

Cordemoy’s essay Discours de l’action des corps was published in 1664 along with a speech by his friend Rohault in a posthumous publication of Descartes Le Monde , by Claude Clerselier.

This essay, together with Le Discernement du corps et de l’âme en six discours pour servir à l’éclaircissement de la physique , would be Cordemoy’s most important work. In this work he presents his thoughts on atomism, his arguments in favour of occasionalism and his distinction between mind and body , and how these two elements would interact with each other according to his dualistic conception of the human being.

Another important work by Géraud de Cordemoy is Discours physique de la parole , which appeared in 1668, together with Copie d’une lettre écrite à un sçavant religieux de la Compagnie de Jésus . This letter is about an attempt to reconcile with Descartes’ philosophy by using the history of creation as a background, taken from the book of Genesis.

With these works, Cordemoy would become one of the most important philosophers of France in his time.

In his first speech, Cordemoy talks about how “bodies”, that is, what would be equivalent to our idea of an atom, remain on earth according to his own vision of physics .

Consider that “bodies” have (1) a limit to their extension, which gives them form and calls them “figure”; (2) bodies are a substance, and cannot be divided into other smaller bodies, nor can one body cross over to another; (3) the relationship that the body has with other bodies is called “place”; (4) a change to another place is called movement; and (5) when the relationship remains without being changed from place to place or giving it any strength, the body is at rest.

Cordemoy was not in favour of the idea that reality could be made up of two substances, something that Descartes did. For the more traditional Cartesians, there were two different things, bodies and matter. For Cordemoy only the bodies were the real extended substance, while matter was the whole of the bodies.

Cordemoy was one of the first to see that Cartesian physics led to occasional , a philosophical view that holds that God is the only true and active cause in the world. He expounds this in his fourth Discourse, in which he presents the idea that bodies have no movement of their own, since they continue to be bodies when they are in motion. They do not change into something momentary that has the property of movement so that, in a state of rest, they become bodies again.

That is why, since bodies do not have movement on their own and do not generate it, the one that should have first given the original movement should not have been a body. Within Cordemoy’s philosophy, there are only two types of substances, those that are bodies and those that are mind, so the first one to give the body was a mind.

But the mind, at least the human one, does not have an infinite capacity to generate movement . It cannot initiate any movement. For example, we cannot make our liver cells stop reproducing, nor can we make our body stop aging through our thinking. It is on this basis that Cordemoy concludes that the only thing that could initiate a primeval movement is God, with an infinite mind as to His ability to influence bodies.

In his philosophy, Géraud de Cordemoy asks the question of how he can be sure that others can think . It is clear that everyone is aware that they are thinking, but there is no way of getting into the minds of others and knowing whether they are thinking or not. It is then that he states that this is observable through language.

Other human beings cannot be automatons without the ability to think, since through language, a sophisticated communication system, they are able to share their internal world in a creative way . This creativity that characterizes human language cannot be explained by means of mechanical principles, which would be applicable to a soulless automaton, a gear or any type of machine.

Cordemoy distinguishes between the true use of language and the act of simply making sounds. Language implies the ability to emit, through sound, signals of one’s own thought, that is, to be able to inform about what we have in our head.

In order for a speech to be made, Cordemoy suggests that two requirements must be met. The first is the physical act of emitting any sound, that is, having a voice, something that comes from the body, and the other is to have the capacity of thought, which can only come from the soul.