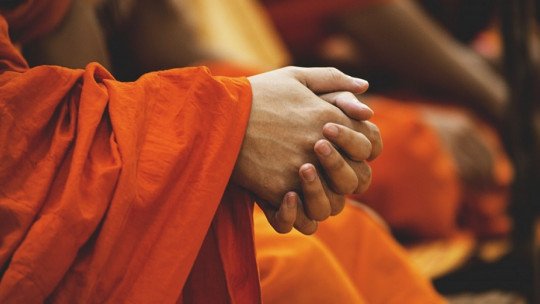 The Study of Values, a personality test developed by Gordon Allport , Philip Vernon and Gardner Lindzey, was one of the first psychological instruments that were developed with the aim of evaluating personal values or basic motivations. In this article we will analyze the content, the way of application and the variables that this test measures.

The American psychologist Gordon William Allport (1897-1967) is known mainly for his personalistic theory, one of the first attempts to explain human personality from the perspective of psychology, emphasizing the individuality of each human being and the active aspect of our nature, which drives us to achieve goals.

In 1931 Allport, together with Philip E. Vernon and Gardner Lindzey, published a scale for evaluating personal values, which can also be understood as basic motivations. This test was based directly on the book “Types of Men” by the philosopher Eduard Sprange r and its creators called it “Study of Values”.

Allport thought that a good way to analyze the personality of a particular individual is to evaluate what his moral values are. In this sense he gave much more importance to the present moment than to personal history, which was the focus of the psychoanalytic orientation that dominated the psychology of the time.

The objective of the Allport test and its collaborators is to determine the relative weight that six types of values have for a given individual : the theoretical, the economic, the aesthetic, the social, the political and the religious , which Spranger considered fundamental. We will describe in detail below the definition of each of these basic motivations.

The Allport test has two parts. The first part consists of dichotomous questions; for example, item 24 (“Which of these books would you choose?”) includes the answer options “A) History of religion” and “B) History of industrial development”. Each item currently includes four answer options depending on the intensity of the preference.

The second part contains approaches with four answer options that should be ordered according to the degree of relative preference . Thus, in item number 9. (“What topic would you prefer to discuss in a meeting with close friends?”) the options “A) The meaning of life”, “B) The latest scientific developments”, “C) Literature” and “D) Socialism” should be ordered.

The total number of items in the test is 240: in the first part 90 points are awarded to one or other of the values being evaluated, while in the second part 150 points are distributed according to how the answer options of each of the items have been ordered.

The Study of Values can be applied both individually and collectively (i.e. to several people at once). Although there is no set time limit for completing the test, examinees should try to answer the questions more or less quickly. It is important to mention that the test was designed for people with higher education .

The 6 values reflected in the test

The results of the Values Study consist of six scores, one for each of the basic motivations managed by Spranger, as well as Allport and its collaborators. The comparison between the scores on the two variables indicates how important each of these values (or behavioral trends) is to the person.

People with a high score in the theoretical value want to discover the truth about things , that is, to obtain ordered and systematized knowledge through logical and empirical criteria.

Economic value is associated with a focus on the material and practical. This includes the accumulation of goods, the saving of energy and the utilitarian conception of relations with other people .

Those who score high on this motivation value the beauty, harmony and formal aspects of reality , which is in some way opposed to the theoretical value. Their personal satisfaction derives from the creation and/or contemplation of aesthetic experiences.

The main motivation of these people is to have the company of others, and helping others is their core value. High scores in this variable indicate altruism, kindness, compassion and generosity .

In this case the main motivation is to obtain power and control over the behaviour of other individuals ; this is associated with leadership. Knowledge is seen as a means to achieve such an objective.

According to Allport, people governed by religious motives orient their behaviour according to their spiritual beliefs and ethics. Both the definition of this value and the items that make it up are ambiguous and are probably the best example of the negative impact that the passage of time has had on the Study of Values.