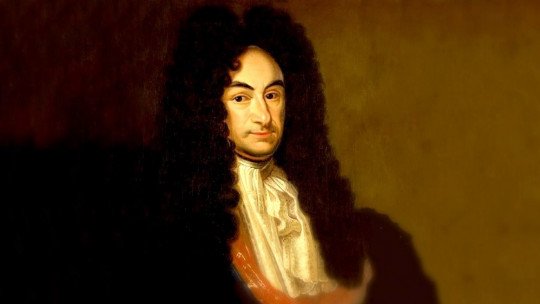 Do we learn through experimentation with the environment, or through reflection and introspection? This question reflects the main theme that, during the age of the Enlightenment, served as a differentiating axis to distinguish the great types of philosophers: the rationalists, who defended that knowledge is extracted through reason, and the empiricists, who believed that we develop our intellect through experience.

The German thinker and mathematician Gottfried Leibniz escaped this two-category classification. In fact, although more than 300 years have passed since his death, his ideas can still serve today to understand in an approximate and intuitive way how we experience reality. Let’s see what his theory consisted of.

Who was Gottfried Leibniz?

Gottfried Wilhelm Leibniz was born in Leipzig in 1646. From a very young age he showed great curiosity about a wide variety of subjects, and this led him to constantly learn about all kinds of subjects. At the age of 11 he had already learned Latin and started to study Greek.

From 1666, when he finished studying law and scholastic logic at the University of Leipzig, he worked for the electoral bishop of Mainz. In 1675 he accepted to become advisor and librarian to the Duke of Brunswick, which made him move to Hanover , where he produced his philosophical work while combining this activity with several trips, trying to carve out a future in other cities with a more stimulating intellectual environment.

He died forgotten by the nobles he surrounded himself with during his life because, among other things, of pressures generated by his enmity with Isaac Newton, who accused him of plagiarism in his works on mathematics. His tomb remained anonymous until several years after his death.

Although he died without receiving recognition from virtually anyone, Leibniz is considered a genius: he wrote about economics, law, theology, architecture, mathematics and chemistry. Beyond all these fields of knowledge, he is recognised mainly for his contributions to philosophy .

The main proposals of the epistemological theory of Gottfried Leibniz , which developed a philosophy on how we generate knowledge and develop a complex metal life, are the following.

1. The idea of notions

Leibniz believed that every element of reality, be it a person, a landscape or an object, is associated with something called “notion”. The notion is everything that is true about the element of reality to which it is associated. For example, the color of a raven is black, its hind limb fingers are featherless, and so on.

Leibniz was strongly inspired by rationalism, and so he believed that the most that language can aspire to is to resemble mathematics, a hermetic system of symbols. That is why, for him, if something is true it has to be connected to the truths of other elements of reality described by their corresponding notions, at least from the theoretical point of view.

In other words, if we discover these relationships between the different notions, we will know the whole of reality as a whole. Basically, a notion not only contains truths about the element with which it is associated, but also tells us about all the elements with which it is related.

For example, if there is something that has its lower limb fingers covered with feathers, it is not a crow.

Leibniz recognizes that, although pulling the thread of notions can help us to know the truth, in practice this is impossible, because our rationality is not powerful enough to work with such a massive amount of information. However, this does not mean that every element in the universe does not contain pieces of truth. In fact, for Leibniz the universe is composed of units called monads, which are metaphysical entities that contain representations of everything that exists.

A monad, being true and speaking of both the past and the present and the future, is identical to another monad, as they all coincide in containing the true.

However, the existence of the monads does not change the fact that we are unable to assimilate their presence, and in practice we often act as if nothing is certain.

While we can access simple greens through mathematics, that does not allow us to take the leap and get to know everything that is true and authentic; we simply stay there, with that tiny parcel of reality that the sum of one and one equals two.

That is why Gottfried Leibniz’s theory distinguishes between truths of reason and fact, the latter being the lesser evil necessary to be able to work with relative certainties about what happens to us. The only entity that has total access to the truths of reason , according to Leibniz, would be the Christian god.