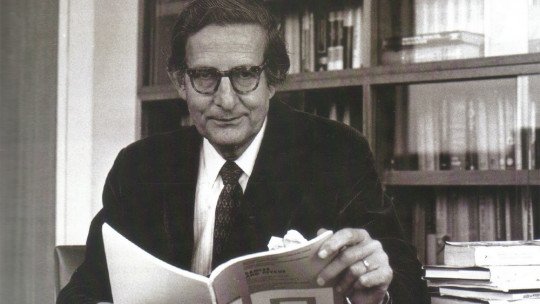 One of the most important and influential psychologists in the field of personality is Hans Eysenck, a scientist of German origin who, when he came of age, settled in the United Kingdom, where he became known and admired as a researcher.

His theory of personality , which is called the PEN model, is still being studied today in the Psychology studies.

Admired by some and criticized by others, this researcher has left many quotes for history; in this article you can find a compilation of the best sentences by Hans Eysenck . You can find them below.

1. The three types or superfactors are sufficient to describe the personality in an adequate way, since from these it is possible to make predictions at a physiological, psychological and social level.

The three superfactors that Eysenck refers to are: Neuroticism (N), Extraversion (E) and Psychoticism (P). The author understands that, when combined with each other, they explain human personality.

2. The social problems that arise arise from the facts, not from the investigations of these facts

Social psychology only makes sense in the environment in which the events occur.

3. Psychotherapy is the prostitution of friendship

Friendship and psychotherapy do not go hand in hand, since the psychologist would no longer be objective .

A play on words in which the author makes it clear that he did not agree with Sigmund Freud’s ideas.

5. Personality is largely determined by genes

At first, Eysenk thought that heredity was everything in personality , but then he became less radical.

6. There seems to be a negative correlation between recovery and psychotherapy; the more psychotherapy, the lower the recovery rate

7. Marx’s influence has been quite similar to that of Freud, not only because he based all his beliefs on interpretations, and discarded direct evidence, but also because very few of the people who now claim to hold his views have bothered to read his original contributions or look at those who criticize them

Eysenck did not agree with Marx’s ideas either, since he is an author with a strong sociological background.

8. Science, in the end, is dynamite: there are signs that the effects of the industrial revolution may be small next to those of the psychological revolution

Eysenck, as a psychologist, made it clear with this phrase that understanding the human mind is the most powerful thing.

9. Sigmund Freud was undoubtedly a genius; not of science, but of propaganda; not of rigorous testing, but of persuasion

Again, a phrase that makes it clear that Eysenck was openly critical of Freudian ideas .

10. It is the more or less stable and lasting organization of a person’s character, temperament, intellect and physique, which determines his/her unique adaptation to the environment

Eysenck making clear the relationship between character and adaptation to the environment.

11. Tactics and diplomacy are fine in international and political relations, perhaps even in business; in science only the facts

It is the facts that should explain the scientific conclusions.

12. If the truth contradicts deeply held beliefs, something is wrong

A quote that invites us to deep reflection on the relationship between truth and our beliefs .

13. The extraverted are characterized by sociability, impulsiveness, disinhibition, vitality, optimism and wit

Extraversion is one of the features that are part of the Eysenck PEN model.

14. As for Freud’s followers, they have created a “climate of opinion”, which deviates markedly from what Freud would have approved. However, Freud himself cannot be completely absolved of guilt

Eysenck thought that what made Freud famous were the extravagant ideas of his theory.

15. I always felt that a scientist owes the world only one thing, which is the truth as he sees it

To a greater or lesser extent, our opinion can influence the scientific conclusions . This is why we should minimize this problem by making it clear where facts end and opinions begin.

16. Today’s Marxists often have views exactly opposite to those of Marx and Lenin, as in the question of the inheritance of intelligence

Another criticism of Marxist theory and socialism.

17. It would be very peculiar if a very general mental capacity that, among other things, involves the ability to reason, plan, solve problems, think abstractly, understand complexities, learn quickly and benefit from experience, did not have very important implications

Another of Eysenck’s phrases that basically deals with the intelligence and adaptability of human beings.

18. Both Marx and Lenin were quite explicit about their belief that “equality”, as an essentially socialist idea, meant social equality, not biological equality, and emphasized with respect to the latter that it was impossible to achieve

Eysenck criticizes Marx again, and talks about the difference between social and biological equality .

19. There is nothing more terrible than ignorance in action. To believe something on the basis of insufficient evidence is always a mistake, everywhere, no matter who it is. People who believe in absurdities will commit atrocities

Many times we can believe certain things if we have not even proved their authenticity.

20. What is read in the newspapers, heard on the radio and seen on television, is not even the truth as seen by experts; it is the desire of journalists, seen through the filters of prejudice and ignorance

Journalists are often influenced by their own opinions.