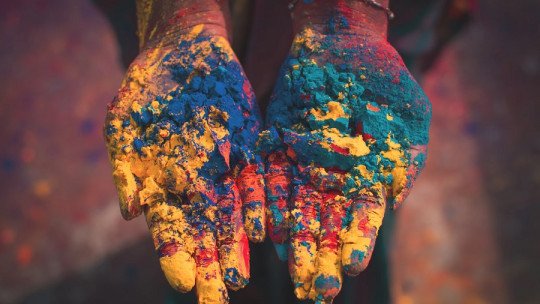 If you didn’t know that March 20 is the International Happiness Day, don’t worry . In this article you will discover the story of when it was created, why, and how we celebrate it today.

Until today, there have been many “March twenties”; for example, in 1904 the American psychologist Burrhus Frederic Skinner was born, in 1915 the German zeppelins bombed Paris during the First World War, and just one year later, in 1916, Albert Einstein published his theory of relativity.

On March 20, 1957, the National Council in Switzerland granted the woman’s vote, while John Lennon and Yoko Ono were married in 1969, the same day the United States invaded Iraq in 2003.

All these same days in different years have something in common, and that is that in them unforgettable events occurred or changed the course of history .

The United Nations Organization (UN) is the body in charge of creating and formalizing the international days that we have throughout the year. And this is done in order to, in its own words, “raise awareness, draw attention to, and signal that there is an unresolved problem, an important and pending issue in societies so that, through this awareness, governments and states act and take action or that citizens demand it from their representatives”.

From this we can deduce that, if a day dedicated to happiness has been established, this is clearly an important issue that societies still have pending, isn’t it?

So how come there wasn’t an International Happiness Day until just six years ago? The reason seems reasonable; and it is that civilization has given, from its beginnings, priority to solving the questions that required observation and therefore action at that historical-social moment .

It is for that very reason that we can see that throughout the various “March twenties”, there has been a systematic resolution of very varied issues, but, and this is very remarkable, always staggered.

To give an example, it would not make sense to have invented the steam engine without first “discovering” fire, since one thing depends inexorably on the other.

One more step for humanity

In the current 21st century, and more specifically since 2013, we believe that we are ready to adopt the problem of happiness as something to which we should pay attention .

Finally, organizations around the world have realized that it was necessary to formalize the study and dissemination of happiness, and it is thanks to the creation of these so-called International Days that pages and forums on the subject receive hundreds of thousands of visits from people interested in their commemoration.

Therefore, the mere existence of an International Happiness Day is in essence a recognition that humanity has begun its search for happiness .

In my writings and in my lectures I have already criticized the fact that “happiness” is seen as a fantastic remedy to all our misfortunes, and above all that it is sold as a colorful product full of smiles and indifferent joy.

So, we will assume that it is a simple coincidence (and not a socio-cultural result) that the day for happiness was constituted on March 20, just the day when spring starts (in the northern hemisphere). According to the calculations of the National Astronomical Observatory at 22h 58m (official peninsular time), the little birds will be able to sing, the flowers will be able to start blooming, and people will have 24 hours to celebrate their happiness.

But rather than focusing on what date happiness is celebrated, we should look at how it is celebrated . The fact is that all around the world there are celebrations to commemorate that we are alive, that we are free, that we can be happy… and that it is spring!

The precedent of the Holi Festival

Have you heard of the Holi Festival? It is a festival with religious origins that takes place mainly in India and other nearby countries.

Also called the Spring Festival, the original celebration consists essentially of throwing brightly colored powders and colored water at each other, as a symbol of happiness for the arrival of spring, (author’s mental note: doesn’t anyone celebrate the arrival of winter?) trying to emulate the joyful colors of the flowers that will be born during the coming season . It is a magical moment, of joy, fun, music and dance, but above all spiritual, since during the eve of the festival, bonfires are lit to commemorate the triumph of “good” over “evil”.

But the Festival of Holi is also a celebration of happiness, it has a meaning linked to culture. Perhaps that’s why it’s become so popular internationally. In addition, this year’s Holi Festival is held on March 20, no less.

Now that we know some details about The Day of Happiness, we will end up including the International Days as a measurement system of global issues.

According to the UN, having an International Day is very informative because through its impact one can measure the degree of interest that a problem arouses around the world . These days reveal the secret that the days that attract the most attention every year in Latin America and Spain are those dedicated to Nelson Mandela on July 18, Women on March 8 and Water on the 22nd of the same month. And that is precisely why I have written this article and you are reading it, to spread and make people aware that we all can (and should) celebrate happiness.

How will you celebrate the International Happiness Day? It depends on each of us that this year and those to come, celebrate happiness, claiming it every March 20, in order to enjoy it every day of the year.

More than 20 Marchs throughout history

1821 – In Portugal, the government declares the Catholic Inquisition abolished.

1873 – Spain’s Republican National Assembly approves the abolition of slavery on the island of Puerto Rico.