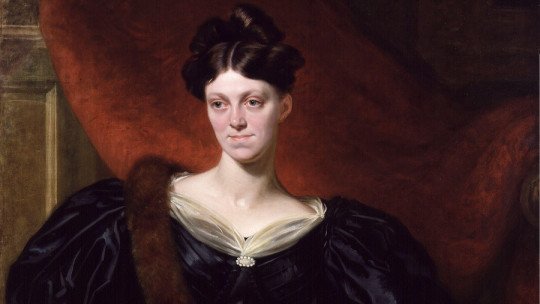 History is full of feminist women who have already taken their first steps in the fight for women’s rights. This is the case of Harriet Martineau, a British writer who was also a philosopher, social activist and sociologist. Harriet also actively defended the abolitionist movement, and fought for the rights of the poor and slaves.

In this article we will see in a summarized way a biography of Harriet Martineau: her origins and studies, her philosophy, trajectory and the importance of her work .

Harriet Martineau’s biography: who was it?

Harriet Martineau was a British writer and feminist of the 19th century, and also a philosopher, social activist and sociologist , who was very interested in political economy. She is also considered by some experts as the first sociologist in history.

She was a woman who actively supported the establishment of laws for the poor, as well as the abolitionist movement . This movement tried to defend the annulment of laws or customs considered to be in violation of people’s rights and ethics.

As for her ideology, Harriet was very much in favour of “laissez-faire” (the “letting do”, which implies abstaining from a direction or mandate), although she also defended the right to strike and to organise.

Harriet Martineau was born in England on June 12, 1802 (specifically in Norwick). Daughter of French Huguenots (a type of Protestant), her father was a well-positioned businessman, so she received a very good education .

This education was far superior to that received by most women at the time. Besides studying subjects like physics, mathematics, history and astronomy, she learned several languages.

Later, Harriet decided to study philosophy and social sciences . With her father’s death in 1825, she had to start working in embroidery, but she combined it with work writing in newspapers, through which she gained some prestige. For example, collaborated for several years in the newspaper Daily News , where he wrote more than 1,000 articles.

In 1832, at the age of 30, wrote a collection of 25 novels , entitled Illustrations of Political Economy , where he presented his ideas and explanations in relation to the consumption of wealth, its production and distribution, as well as the implications it had on poor people.

In addition, he became very interested in the works of Jane Marcet (English writer and scientific popularizer), which made him interested in Political Economy . This theme was very recurrent in his work.

His work in sociology

As we have already begun to see, between 1819 and 1830, Harriet Martineau began to contribute to the field of sociology, publishing in local newspapers. A remarkable fact is that in 1821 she openly published in the Monthly Repository her rejection of the unequal treatment received by women .

In this way, her feminist ideas sought to extol women’s rights and capabilities, and they began to emerge, through her articles, works and publications.

Her involvement in feminism

Harriet Martineau can be said to have been a feminist fighter, a great defender of women’s rights. Among her advice or ideas were those of educating girls and boys equally , alleging that their intellectual capacities were equal.

In fact, and to give an example, in one of its articles, entitled Women’s Education , it explained that the “alleged” differences between women and men were due exclusively to the educational discrimination to which they were subjected. She was inspired to write this article by Mary Wollstonecraft, also an English philosopher and writer.

Another example of her feminist ideas can be found in her defense of a woman’s decision not to marry if she so wishes . An idea that she also practiced, since she never married.

Harriet Martineau made important trips that influenced her work and ideology, besides providing her with a wide experience in the field of social activism .

In 1834, Harriet traveled to the United States to support the abolitionist movement, as we saw at the beginning of the article. She stayed there for two years, and this experience led her to write the book Society in America , which consisted of an exhaustive analysis of the social strategies surrounding the female figure, slavery and morality .

Another of his important journeys was, years later (in 1846), through the Middle East, Egypt and the Holy Land. As a result of his experiences there, in 1848 he wrote a new book, entitled Vida oriental. Present and Past , where he speculated about the treasures hidden under the sands of those places he visited.

Some of Harriet Martineau’s most important works were:

At the age of 53, in 1855, Harriet became seriously ill , and set about writing her Autobiography , which would be published a year after her death (in 1877). In her last days, Harriet continued to write in the Daily News , until she died at the age of 74, on 27 June 1876 in Ambleside (England).

It is said that it was Harriet herself who wrote her obituary, published in the same Daily News , on the day of her death.