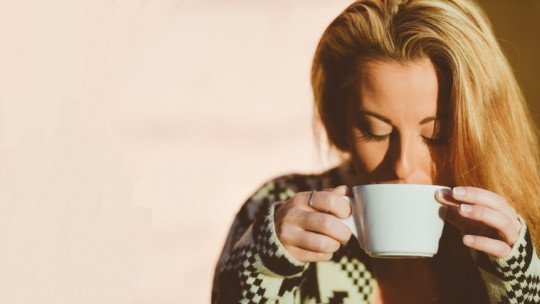 Chills are a type of sensation in which you feel as if an electric current is born in the back of your neck or upper back and goes through your entire spine and skull to end up merging with the rest of your body.

Although from its description it seems to be a process that contains some violence, the truth is that the shivers usually lead us to a state of well-being and calm that in many occasions is accompanied by the appearance of goose bumps.

What causes the chills? Many things, but specifically situations that have to do with the aesthetic appreciation of an image, sound or idea.

However, some research indicates that the chills are more than just the result of being in the right place at the right time. Their occurrence and frequency may be related to the personality type of the person experiencing them. In fact, a study recently published in Psychology of Music has found a link between chills from listening to music and a personality dimension related to the Openness to Experience personality trait.

This research studied the cases of a hundred students who were given to listen to the same recording, which contained five pieces of music potentially generating shivers of more or less intensity. The appearance or not of chills was measured by placing electrical sensors on the skin of the participants and asking them to press a button the moment they noticed a chill.

In addition, the members of the group of participants also filled out personality questionnaires that included items measuring the 5 major personality traits: Extraversion, Openness to Experience, Neuroticism, Responsibility and Kindness .

Crossing the data obtained through the personality tests and the stage in which the chills were measured, the researchers went on to see what interactions took place between the personality of the volunteers and these pleasant sensations produced by listening to music.

As expected (judging from the results of similar studies conducted earlier) the frequency of shivering showed a correlation with the Openness to Experience score.

But the most curious thing about the results was that within the indicators used to give a score and Openness to Experience, there was a facet of it that reflected the correlation especially well. This is a factor called Fantasy , which is the tendency to pay attention to one’s own imagined subjective experiences .

How do you explain these findings?

Although the appearance of chills may seem a little nondescript, this study (along with several others like it) shows that the degree to which they appear gives some indication of the type of personality you have, at least those generated while listening to music.

Does this make sense? Actually, it does. Among other things, chills are a symptom of the way you experience the moments when you listen to music , and they provide information about how you react to certain stimuli.

In turn, these reactions may be modulated by the person’s most predominant personality traits. In fact, not all people are capable of having chills, and some are more likely to have particularly intense chills: these are not automatic, stereotypical responses that are activated in us in a predictable way. Personal characteristics play a role.

Specifically, the trait of Openness to Experience and the Fantasy facet measure the way in which one lives in stimulating, immersive situations that direct all one’s attention towards stimuli related to a strong emotional activation or a sense of satisfaction.

So you know. Chills are not only nice: they also say things about you .