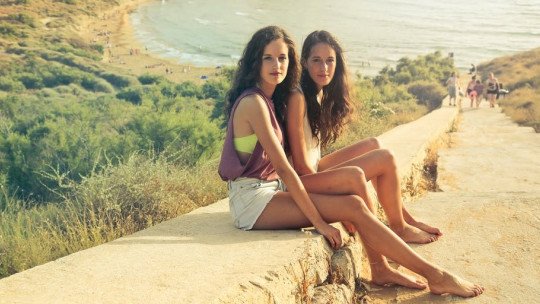 Can our friends make us smarter through their influence on us? A pioneering study on human behavior analyzes this premise, and establishes a strong relationship between classmates who socialize with more or less intelligent people.

Florida International University has produced a report with the title: Can our friends makes us smarter? (Can our friends make us smarter?) in conjunction with the Federal Department of Criminology and the Florida International School of Public Affairs. This document shows the results of an investigation led by Professor Ryan Charles Meldrum and yields very interesting results. But let’s start with the basics.

Intelligence is the ability or capacity that people have to act correctly depending on their objectives and the options available. Beyond the IQ and other measures of cognitive potential, an intelligent person will be one who knows how to choose the best option from among the possible ones , who is capable of doing what is best for him/her in each situation and moment. It can also be understood as the capacity of individuals to absorb data, process it, understand it and use this knowledge in the best possible way.

Does it make us smarter to have smart friends?

From the time we become aware and until we enter the circle of social development, our parents influence us to surround ourselves with the right friends. “Don’t go with this friend”, “Get together with Pepito who is smart”, etc. are some of the phrases that we most identify with when we remember part of the education we have received from our family. It is clear that, depending on the group we belong to, this will directly influence our behaviour and personal development.

Interpersonal relationships with friends are largely determined by our family environment, social status and future aspirations that are instilled in us or that, on a personal level, we seek to achieve even if these are different from those acquired during childhood.

But… Do we really get so influenced by relating to one kind of person or another? In many ways yes, and now we know that this could even affect our level of intelligence, at least if certain conditions are met.

An extensive base of studies is based on the theme of the influence of the environment on our cognitive abilities . The groups or individuals we meet will have a special incidence on our behaviour. The work carried out by Florida International University reveals the impact of our environment on a personal level: our behaviour, cultural feeling and professional perspective.

An exceptional example of this is the children of immigrant relatives in many Western countries. The family nucleus is very hermetic, since the native language and its cultural values are used. If the first-born of this family gets together, associates and develops with local people, he will end up adopting the same behaviour, regardless of the roots he has with his parents.

With these precedents in mind, Ryan Charles and his counterparts decided to look into the matter further. They took as a starting point almost 10,000 high school students , teenage age, and measured their intelligence level with that of their peers. The IQ of each individual was correlated with the IQ of his friend or group to which he belonged.

However, what was striking was that this fact corresponded to a very striking phenomenon: people who related to more very intelligent colleagues had higher IQs than would be expected on the basis of their intelligence test results taken years ago.

So, what has been recorded in this study is not simply that people with higher IQs tend to relate more to each other. It has been seen that entering these social circles has a positive effect on one’s intelligence , at least during childhood and adolescence.

During the investigation, the results were made even more precise. A further 7,000 pupils between the ages of 8 and 16 were taken, and the conclusions were similar. Those children who had grown up in groups with better academic grades, had obtained better records for access to higher education.

It seems that teenage age is the key to the study. Some previous experiments also confirmed the effects of “bad or good company” between the periods of primary and secondary education, effects that lost strength and consistency when these data were compared with the university period . According to the latest results, there is a missing link that does not correlate adolescent friendships with adulthood.

As if this were not enough, relationships with a healthy environment do not only bring intellectual benefits, but also ensure the good development of social behaviour. Among other advantages, having a high IQ allows access to a support network with greater resources.