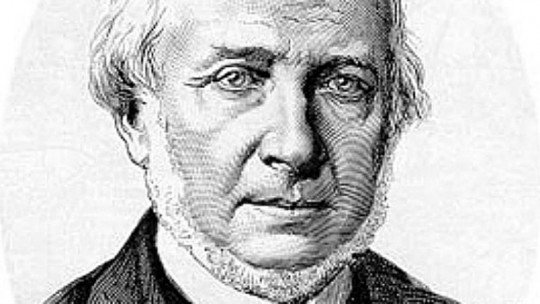 The genetic perspective is one of the essential features that define the psychology of Henri Wallon . We can say that he is the founder of genetic psychology, an original way of understanding the mind of the individual through his history.

We will review the most important key ideas for understanding Wallon’s ambitious theory of how the human mind is generated and developed from childhood and the early stages of growth. We will review his biography and his main discoveries and theories.

Wallon, a French psychologist and philosopher born in 1879 who died in 1962, is considered a “forgotten founder” of modern psychology, along with Freud and Piaget. Probably because of his Marxist ideology, which soaks up all his theory, and the importance that other works of the time translated into English took on.

Wallon believed that it was not possible to study the mind otherwise than jointly . While the structuralists tried to study each component of the mind separately, he brought together affectivity and intelligence and studied the psyche as a whole.

It manages to end the classic dualism of psychology: the psychology of the mind, of mental functions, versus the more physical psychology, that of the study of the nervous system. Wallon insists that both aspects not only coexist but complement each other. It is impossible to understand the human being if it is not through his faculties and his nervous system.

This conciliation of opposites is called dialectical materialism, a Marxist heritage. That is why, when we speak of Wallon, we say that he is a dialectical-genetic psychologist. Dialectical because he proposes a “dialogue” between the traditionally opposed, and genetic because the most important thing to understand the mind is to conceive it from the genesis.

What exactly do we understand by Genetic Psychology? Henri Wallon himself defined it with the following assertion: “genetic psychology is that which studies the psychism in its formation and in its transformations”.

Wallon’s genetic psychology is an original method of analysis. Like his contemporary Piaget, he criticized the ahistorical approach of gestalt psychologists. Wallon was well aware of the need to study the mind and its development from birth in order to understand it as it is presented in adulthood, as the result of a history of transformations. Here he draws a parallel with Vygotsky, who also emphasizes the discovery of the genesis of behavior to explain its development.

So, is Wallon a child psychologist? Although he spoke of the human mind through the characteristics of the child, he did so because he claimed that only through understanding the child psyche and its evolution could the adult mind be known. That there was no point in studying the psychology of adult man once it was formed and consolidated, would be like trying to learn how a picture is painted by looking at it once it is finished.

The development of the child according to Wallon

Wallon assumes a series of principles that mark the development. For him, although the child’s evolution occurs in many directions at once, there is always a function that stands out and is characteristic of each stage.

Nor is it in favour of a quantitative approach to development. Many psychologists understood the child as an adult who is still missing some specific functions, an egocentric position that sees the infant as a potential adult who adds developmental milestones. Wallon argues that one must see development as it is, and not for what it “will become”, by observing the respective developmental stages and taking into account the differences between them.

Wallon realizes that development is not a continuous line; the characteristic activities of one stage do not always continue in the next, often other activities emerge to replace them or become contrary. He proposes that development is oscillating: each stage is marked by an inward or outward orientation, and this characteristic alternates at each stage.

The stage is named after the main activity the child performs: responding to external and internal impulses and performing movements as a form of energy discharge. It is an inwardly oriented stage, or centripetal as Wallon says.

In this centripetal stage, the child develops the emotional responses that will allow him to interact with his social environment in the most primitive way. Through emotional expression, children establish contact with others and gradually begin to form part of a world of shared meanings.

For Wallon, emotions have their origin in the internal sensations experienced by the newborn, or even the fetus. These global affective states are reflected in motor activities (for example, in the child shaking his arms when he is happy) that others interpret as a representation of an internal state, emphasizing social function. It is through this socialization that emotions move from simple physiological reactions to communicative expressions.

At this stage the child begins to explore the physical world around him thanks to new language and locomotion skills. It is, therefore, a centrifugal stage. According to Wallon, the infant feels the need to investigate his environment. Since his sensitivity is already well developed, he will do so through the senses. He will take objects and put them in his mouth to explore them better.

It is at this stage, moreover, that he participates in what Wallon calls “games of alternation”. These are games in turns where the child alternates between two poles of the same situation: the active and passive positions. For example, playing catch and then playing get caught, hiding and then looking for the hidden one, throwing a ball and receiving it. This reflects the child’s ability to separate his existence from that of others. To recognize himself as an “I” and begin to crystallize his ego different from others.

It is a centripetal stage marked by individualism. The use of the first person, the appropriation of all the objects he sees and the oppositionism are a reflection of the crystallization of the child’s ego. The infant begins to exhibit narcissistic characteristics and seeks the approval of others. Ultimately, not content with his own behavior, he begins to look to others for role models and acquires a new repertoire through imitation.

The last stage of childhood is characterized by the use of the intellectual rather than the emotional. Schooling allows intellectual skills such as memory and attention to take center stage. As intelligence develops, it is able to create categories and, later, think abstractly.