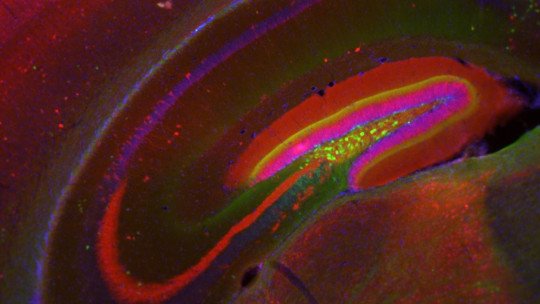 How are our memories formed? How are we able to remember how to get to each other’s homes or workplaces? These functions that we carry out unconsciously, without stopping to think about them, are possible thanks to brain structures such as the hippocampal formation .

Throughout the article we will talk about this complex brain structure, the organs that make it up and how scientific research has been developing various theories around its functions.

What is hippocampal formation?

In neuroanatomy the hippocampal formation refers to a brain structure located in the medial temporal lobe . Although within the field of research itself there are discrepancies about which specific organs or brain regions form this structure, most agree that at least the dentate gyrus, the hippocampus and the subículo are included within this classification. However, other areas such as the presubicle, parasubicle and entorhinal cortex are subject to discussion, since not all authors recognize them as part of the hippocampal formation.

The main functions of the regions that make up the hippocampal formation are related to memory processes, to navigation and spatial orientation and to attention control.

During the 19th and early 20th centuries, research on hippocampal formation, more specifically the hippocampus, pointed to the idea that it played some kind of role in the olfactory system.

In addition, in 1937, research by scientists such as Papez or Klüver and Bucy began to develop the hypothesis that hypocampal formation played an important role in emotional responses. However, today there is little support for the idea that these structures are directly involved in emotional processes, since emotional memory is more related to the amygdala.

Although it was not until centuries later that the relationship between hippocampal structures and memory processes was recognized, in 1900 the Russian-born neurologist Vladimir Bekhterev discovered an association between significant memory deficit and softening of the hippocampus and cortical tissue.

Similarly, in 1957 researchers Scoville and Milner also reported symptoms related to memory loss in patients with medial temporal lobe injuries. These were some of the first investigations thanks to which we now know that the hippocampal formation plays an essential role in some memory processes.

Finally, animal studies conducted in 1970 also established the relationship between the hippocampus and spatial coding. However, this association is still widely debated by the scientific community.

Parts of the hippocampal formation

The convolution or dentate gyrus is a part of the hippocampal formation to which is attributed an important role within the episodic memory , as well as in the exploration of new environments. In addition to the formation of memories, it is also hypothesized that the spinning teeth intervene in some way in the regulation of emotions.

It is believed that the dentate gyrus is one of the few brain regions in which neurogenesis occurs, that is, the birth of new neurons. It is also hypothesized that this neurogenesis facilitates or enhances the formation of new memories , as well as being associated with improved spatial memory.

Other aspects in which the dentate gyrus has a functional role are stress and depression. Some research has shown that neurogenesis increases in response to treatment with antidepressants; as well as a relationship has been established between the physiological effects of stress and the inhibition of the birth of new neurons.

Finally, it is known that both endogenous glucocorticoids that are generated as a product of stress can play a role in psychosis and depression, which implies that neurogenesis in the dentate gyrus can play an important role in modulating the symptoms of these emotional responses .

Studies in animals have shown that after the injury or destruction of the cells of the gyrus, there is extreme difficulty in finding your way through a maze. Specifically, there are problems in consolidating the information learned about a specific place , so it is hypothesized that injuries in the gyrus can cause alterations in spatial memory.

The second and most important of the organs of the hippocampal formation is the hippocampus, one of the main structures of the mammalian brain located inside the medial or internal part of the temporal lobe .

The main functions of the hippocampus are related to memory processes as well as to spatial memory and orientation. Let’s see what they are.

According to the general consensus, the hippocampus is one of those responsible for the formation of new memories both episodic and autobiographical . In addition, an increase in hippocampal activity has been demonstrated in the face of the appearance of new stimuli.

Injuries to this structure do not usually affect other types of memory formation related to the acquisition of motor or cognitive skills, but they do affect the formation of new memories. In other words, damage or deterioration of the hippocampus can lead to the appearance of anterograde amnesia.

As in the dentate gyrus, studies carried out on animals have shown that some hippocampal neurons generate a series of electrical potentials when the animal passes through specific areas of its environment.

Although evidence for this activity in primate brains is very limited, this neural activity may suggest that the hippocampus also possesses certain responsibilities for spatial memory and orientation.

Finally, the structure known as the subicle is the lowest part of the hippocampal formation.

Although this structure is still under investigation, it is speculated that the sublicle is involved in some cases of epilepsy. In addition, it has also been linked to working memory and spatial orientation , as well as suggesting that it may be involved in some drug addiction processes.