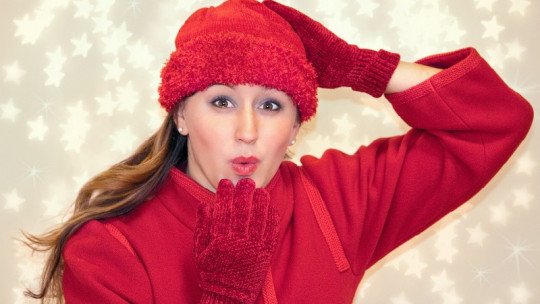 What is the histrionic personality?

It is often said that someone has a histrionic personality when their behaviour exhibits patterns of theatricality , dramatisation and, ultimately, of actions and attitudes that seek to attract the attention of others .

In order to achieve a focus on the people around them, it is common for individuals with a tendency to histrionics to use strategies such as seduction or victimization.

Histrionics with tendency to seduction

The histrionic personality that tends to use seduction repeatedly is usually well appreciated by others. In fact, they are people with a good capacity to relate socially, and they usually have good positions in companies thanks to their people skills and their loquacity . However, when they are not capable of hogging the attention, they are susceptible and tend to victimize themselves, saying they do not feel valued or understood.

Histrionic people live in a continuous swaying of emotions and feelings . They are very unstable emotionally, and therefore their moods fluctuate rapidly; they can go from being happy and joyful to being sad and melancholic.

When the personality traits that we associate with histrionics become chronic, they can result in a condition that mental health experts know as Histrionic Personality Disorder .

The traits, signs and behaviors characteristic of Histrionic Personality Disorder are as follows:

The histrionic personality usually begins to take shape during childhood, although it is often noted that is evident during adolescence . There is no single cause of histrionics, but rather a series of factors that can have an influence: a parental style that is too absent and inattentive, psychological abuse, having suffered scorn and humiliation, or an educational style without clear guidelines and limits.

Other factors, such as low self-esteem, feeling dissatisfied with one’s appearance, and insecurity can promote this type of personality to become established and sustained.

Living with a person who has these traits can be complicated.

To try to help you become aware that your way of acting is dysfunctional, and also to prevent people close to you from also being affected psychologically , we have drawn up this list with different points to bear in mind.

Sometimes it can be difficult to accept things as they are. Even more so if the person we’re close to has behaviors we don’t understand. However, this doesn’t mean we shouldn’t act to try to change the situation .

It is important to keep in mind that the histrionic personality is not the result of whimsy, but is a dysfunctional and consolidated form of expression. Of course, we must avoid saying phrases like: “You shouldn’t make these little scenes” . For the person concerned, his or her perception of these expressions is not like that. The histrionic person does not see anything unusual in how he expresses his emotions, because they are behaviours that are very consolidated in his personality .

We must therefore bear in mind that they are people who have serious difficulties in controlling their emotions and who have a distorted and unrealistic perception, which will probably affect them more than we think. It is not a good idea to treat these people in a charitable and compassionate way, since we would be reinforcing their victimizing behavior . We have to make them see that we all have our quirks and difficulties in life, and that no one is perfect.

That we accept his personality does not mean that we do not try to remedy it, nor does it mean that we should be soft and submissive to histrionics. We can be sympathetic but at the same time establish clear frameworks: there is no point in justifying everything .

We must try to act with moderation and objectivity, and to note that we are also worthy of respect. When the histrionic person enters into one of his phases of excessive expression of his feelings, we must remain firm, but polite . For example, we can say: “It seems to me that you are very upset right now, in a while I will come back and we can talk about what happened. I feel bad about the situation and it is important that we can understand each other” or: “I cannot allow you to disrespect me. I respect and value you, and that’s why I don’t understand your attitude. The moment you are aware of this, we can talk about it again” .

3. Let’s not fall into certain traps

It is not a good idea to get into their manipulations and games . You should treat these types of people as adults, even though they may show childish behaviour. If you play along with her and act like you are her father or you catch up with her, the relationship will end up in a swamp and neither you nor she will win anything.

If you are able to communicate with this person one-on-one and with responsibility and tact, he will stop trying to make you play his game.

When this person behaves in an adult and mature way, he should notice that our attention to him is greater . The moment his or her usual histrionic behavior gives way to responsibility and maturity, we should value it and make him or her notice that we like it.

In fact, it is sometimes easier to discourage dysfunctional behaviour by positively reinforcing the opposite behaviour when it occurs . In summary, you should note that we are dry and sharp (but polite) when he behaves histrionically, but nevertheless attentive and positive when he shows adult behaviour.

5. Do not mock or despise

This point is important: we should not laugh or make fun of a person with this problem . Although in many areas of life humor can be a good escape valve and can relativize problems, in the case of histrionic personalities it is not advisable since it could have more negative than positive effects.

If they perceive that you despise them and have no respect for them, you may be causing their emotions to be even more upset. Keep in mind that they are very sensitive people and it will not help them to notice that others are mocking them and treating them without respect.

It is important that we maintain criteria of prudence and responsibility . If we don’t, we can go from being angels to demons in a second. Histrionic people tend to move from idealization to hatred of those close to them.

They follow a logic of extremes. Therefore, we should not feel too praised when we are flattered , because in a short time it can happen to denigrate us and our feelings will be affected. In an extreme case, if we don’t take enough distance from their opinions and assessments, we may acquire a certain emotional instability. To avoid this, it is necessary to put their opinions about us into perspective.

People with histrionic personality traits suffer from a number of situations that cause them discomfort and reinforce their dysfunctional behaviors.

The basic problem is that they do not perceive their behaviour as negative, and therefore they fall into victimhood and do not go to a mental health professional who can offer them therapy according to their needs.

In fact, histrionics end up going to therapy when their life circumstances have worsened or they have suffered some emotional shock, for example after a break-up, due to generalized anxiety or depressive conditions.

Psychotherapists usually agree that, once therapy has begun, the main obstacle is usually inconsistency and lack of commitment to it , with relatively high levels of abandonment of treatment after a few weeks.