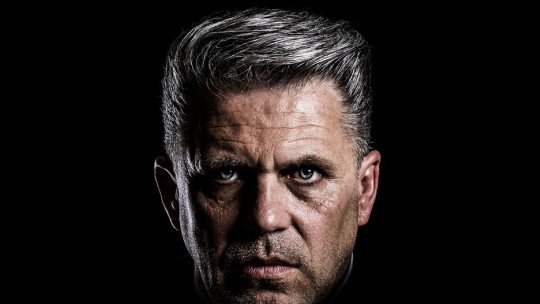 All over the world there is a large number of people who suffer from sleepwalking; it is known that these people wander around the house and sometimes perform complex actions , and even housework, being unconscious, automatically.

It is usually a problem that can be annoying and confusing and frightening to those who observe it; in the worst case, the proximity of windows or doors that open onto the street can lead to dangerous situations.

However, sometimes the activities carried out are stranger: there are painters who are only able to create in a state of sleepwalking, or people who go so far as to commit crimes in that state, such as rape or murder. In the latter case we are talking about homicidal sleepwalkers .

Before going into detail about what a homicidal sleepwalker is, it is necessary to do a brief review of what exactly sleepwalking is .

Sleepwalking is defined as a sleep disorder included within parasomnias , or sleep behavior disorders, that does not alter the amount of total sleep and wakefulness. In the case of sleepwalking we find subjects who carry out motor activities in an unconscious state, generally during phases 3 or 4 of non-REM sleep. These actions are generally limited to getting up and walking, sometimes even with the eyes open.

This is a relatively common disorder in the population, especially during the child development stage. An alteration is produced in the sleep cycles , specifically between the passage from non-REM sleep to REM sleep. The motor system is not paralysed, as would occur in most cases, and the body acts without the consciousness being able to take charge of the situation.

From sleepwalking to murder

It is in this context that abnormal behaviour can occur. This is because the motor system is active while the consciousness is only partially active and therefore different actions beyond one’s own will can be carried out. Depending on the case, this could generate violent behaviour in people who are subject to great stress and frustration and who generate aggressive responses.

A homicidal sleepwalker is a person who commits a homicide in an unguarded state : i.e. while asleep. The subject would not be aware of the situation and it would be beyond his will and control. As in most cases, the sleepwalker does not remember what happened afterwards, although he may retain some fragmented image of the situation.

This is a phenomenon that is not very frequent, but technically possible (brain alterations during sleep have been proven in some subjects studied) and in fact has occurred on several occasions throughout history (there are more than fifty registered cases). However, it is necessary to reiterate that these are very rare cases: most sleepwalkers do not commit this type of act and limit themselves to wandering.

Although it may seem to be an excuse used to request unimputability or to be used as an extenuating circumstance in a trial, the truth is that there have been occasions when a murderer has been found to be acting in his sleep or in a state of semi-consciousness, and the subject has been found not guilty. Some of the cases of homicidal sleepwalkers that have been recorded in this regard are shown below.

The case of Robert Ledru is one of the oldest on record. In 1887, this chief inspector of the French police (considered one of the best French investigators of the 19th century) was sent to investigate a murder that occurred on the beach of Le Havre. The victim was André Monet, who had been shot dead. There was no obvious motive, and the subject was not known in the area and kept all his belongings.

The only other clue found besides the bullet (which belonged to a very common type of weapon at the time) was a series of footprints near the body. When the inspector approached him he could observe that in these prints there was a lack of thumb on the right foot . After a moment when he seemed to be afraid, he ordered a plaster cast of the footprints, which he later examined. After this examination he reported that he already knew who the murderer was.

The morning after the murder he was surprised to find his socks and clothes wet, and after analysing the crime scene he noticed that his gun was missing a bullet of the same calibre as the one that killed the victim . And the most remarkable thing: he was missing his right thumb, and the prints found corresponded to his own.

The inspector declared that he was not aware of having committed the crime, which was probably done in his sleep. However, requested to be arrested as he considered that he could be a danger to the safety of other citizens. To prove this fact, it was decided to lock him up in a cell with a gun with blanks. Once the officer fell asleep, he got up and started shooting at the guards who were watching him before lying down again to continue sleeping. This was considered to be true and it was decided that he would spend the rest of his life confined to a farm on the outskirts, under medical supervision.

One of the most famous and well-known cases is that of Kenneth Parks, in 1978. This man, a compulsive gambler with numerous debts, left his house to take the car to his in-laws’ house. Once there, he killed his mother-in-law with a bar and strangled his father-in-law. He then drove to a police station and turned himself in. The event has the particularity that during the whole process, the subject was asleep .

Kenneth, who had been sleepwalking for a long time, was analysed with the technique of encephalography and the measurement of his sleep waves showed that he changed sleep cycles quickly and abruptly. Being in a period of shallow sleep, he was able to commit the acts without having any real awareness of carrying them out. He was declared innocent.

Another well-known case is that of Simon Fraser, who while asleep dreamt that a creature was trying to murder his son . Apparently trying to protect him, he attacked the creature, and soon after he regained consciousness, to discover with horror that he had killed his son, crushing his head against the wall.

Fraser had a previous history of violent behaviour in his sleep; he had attacked his father and sister, and even injured himself in his sleep. On one occasion he even pulled his wife out of bed by her legs, dreaming that there was a fire. After a series of studies the subject was finally found innocent and acquitted, although it was established that he had to sleep separately from other people in a locked room.

Another case of homicidal sleepwalking is found in Brian Thomas, a man with a long history of parasomnias who in 2009 strangled his wife in her sleep. This British man had been under stress, having argued with some young people at a time when he and his wife were celebrating the completion of a cancer treatment. After going to bed, Thomas dreamt that one of the young men entered his room and stood over his wife, so he jumped on the alleged young man and fought with him. He would wake up soon after, only to find that he had killed his wife during the dream. He was found not guilty.

One case of a suspected sleepwalker is found in the figure of Scott Falater, who in 1997 stabbed his wife up to 44 times, after which he threw her into the pool and kept the bloodstained dress in the car. After being arrested, Falater could not find an explanation for the acts that he considered, based on the evidence, he should have carried out .

An expert in sleep disorders examined the murderer and found that it could be possible that the perpetrator had committed the acts while sleepwalking. However, it was considered that his actions were too complex to have been done in his sleep and without planning and after being convicted he was sentenced to life imprisonment.

In view of the examples we have seen, one might ask what can cause one person to kill another when he or she is unconscious.

As we have seen, sleepwalking is produced by a mismatch in the activation and inhibition of the different brain regions that occur throughout the different phases and cycles of sleep. Specifically, the problem is found in the third and fourth phases of sleep (corresponding to deep slow wave sleep) and the subsequent passage to the REM phase. However, the causes of this are unknown.

It is known that sleepwalking has a certain relationship with the level of psychosocial stress . In adults, it can also appear among mental and organic disorders, or as a consequence of substance use. One factor that may have some influence on altering sleep patterns is the presence of factors such as stress or depression. In addition, in almost all cases of homicidal sleepwalking, the perpetrator has been found to be suffering or having suffered high levels of stress or tension and some form of emotional conflict prior to the act.

For example, in the case of Ledru, the inspector was under great stress and suffered from a certain level of depression and fatigue from his work , in addition to suffering from syphilis for a decade. Something similar happened with Parks (with financial and gambling problems), Thomas (a previous fight and the stress situation generated by his wife’s cancer) and Fraser. It is also common for them to have a long history of parasomnias.

But being unconscious does not explain why in some cases this sleepwalking ends up degenerating into violent behaviour or how it can lead to murder or manslaughter. It is speculated that in these cases the prefrontal may be inactive and not govern proper behavior and personal morality, while the amygdala and limbic system would remain active and generate the aggressive response.

Considering the above definitions and the cases shown, a question may arise that may seem obvious: are we dealing with real cases of murders committed unconsciously during sleep, or with an attempt to justify or to obtain a declaration of innocence? In most cases, advice has been sought from experts in sleep and sleep disorders, and sleep records have been made to check for the possible existence of this problem, as well as brain function during sleep.

The answer to this question is not simple: as with other mental disorders, one has to take into account the level of consciousness of the accused at the time of the commission of the crime and whether at that time his condition generated his behaviour. This can only be known indirectly, and with a margin of error to be taken into account.

In fact, in some of the cases cited, there has been great controversy: the case of Brian Thomas, for example, has raised the question in some experts as to whether he was really unconscious (strangling someone requires a lot of strength and a situation of resistance or struggle on the part of the other person), and the conviction of Scott Falater, which raised controversy because the expert considered that he was not conscious but was applied because of the jury’s consideration that his acts were too detailed to be performed without any conscience.