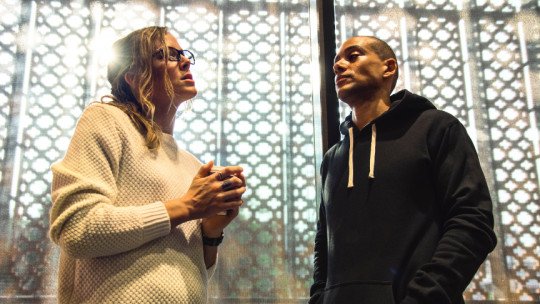 As a general rule, one tends to expect a certain evolution and the acquisition of an increasing amount of the last of these factors as the relationship progresses, one of the steps that usually takes is the fact of moving in together .

However, everyone has their own pace and sometimes the idea of moving in together can come up too early for one of the partners. If we are this person and we still don’t feel ready, or we don’t really want to go live with him or her, the moment we are faced with it can be a serious rush. When faced with the question ” how do I tell my partner that I don’t want to go and live with him/her? “, in this article we will try to give some advice on what to do in this situation.

I don’t want to go live with my partner: how can I tell him?

Moving in together is something that many couples look forward to and which usually involves a step up in the level of commitment in the relationship. Generally, those who propose living together usually do so with good intentions and as a way of trying to have a closer and more stable relationship.

Saying no to a proposal of this kind is sometimes tremendously complicated, especially if we love that person and perceive that he or she is really looking forward to it and would like to live with us. But it is better to say a no than to pretend to be deluded or to do something against our will. Here are some tips on how to do it.

1. Analyze the reason for your reticence

Before deciding anything, we must consider whether or not we want to live with our partner and why these doubts or refusals exist. We must be clear that not wanting to live with someone does not have to imply not loving that person, but it can also be possible that we do not really see a future with him or her.

It is possible that we are afraid of assuming a greater commitment than we have up to now , that we have had previous unflattering experiences that make us doubt the viability of living together as a couple, that we do not know if we know enough about that person or, simply, that it is something we do not want to do for the moment.

2. Do not respond with evasions

It is possible that at a hint from the couple of the idea of moving in together, there may be a fear or concern that they will be offended if we say no. Many people tend to respond with evasions or change the subject. This only leads to a temporary avoidance of the problem to be faced and will generate a higher level of tension in the person doing it, as well as a lack of communication. The best thing is to try to face the situation and respond assertively.

3. Express yourself assertively, calmly and clearly

Directly linked to the previous one. We are trying to communicate to our loved one that we don’t want to go and live with that person, but without generating a couple’s conflict. It is advisable to establish the conversation calmly, not letting yourself go in a panic.

We must make our point of view clear so that there are no misunderstandings , in a sincere but tactful way and trying not to offend or harm the other person. After all, we don’t want to go and live with him, but that doesn’t mean that we don’t love him. It is not necessary to give the moment a solemn connotation, we can also do it in a relaxed way as long as the other person is receptive and depending on how he has suggested it.

4. State that what you reject is not him/her, but living together

Many people, and especially if there is some basic insecurity, may come to believe that if we refuse to live with them it is because we do not really value them enough to be with them, that we do not take the relationship seriously or even directly that we do not love them. It is not superfluous to make it clear after the refusal that the refusal is towards the living together at this moment, not towards the person himself or towards the relationship for him or her.

You may also consider that at this time you do not intend to start living with the other person, but you may consider that in the future this is a desirable option. Communicating this is usually positive. However, it is important that if it is said it is because it is true and not just an excuse to get out of the way .

6. Validates and accepts his reaction

It will not be uncommon for a proposal to move in together that is rejected to be lived with discomfort or even a certain amount of anger. As long as there is no violence, we should try to understand that the other person may feel offended . Getting angry because of a bad reaction would only make the situation worse and could end up in an argument. So, we should try to validate their reaction.

It is possible that after analyzing the situation there is a concrete reason why we do not want to live with that person. It may be too soon , we may be afraid of possible changes in the relationship, that it won’t be good for us financially or that we have a different project for the future.

These types of factors can be explored and it is important that they are communicated in order to establish a fluid relationship that takes into account the feelings, beliefs and expectations of both people. In addition to the case at hand, it can also help us to learn more about each other or even later to correct problems and insecurities.

In addition to understanding and validating the other’s reaction, it is advisable to make him/her say that he/she thinks about it, so that both of you can better understand the situation and assess what opinions you have about the situation or how he/she feels about it. This does not mean that you try to force him to talk if he doesn’t want to, but to make it clear that his opinion is important to you.