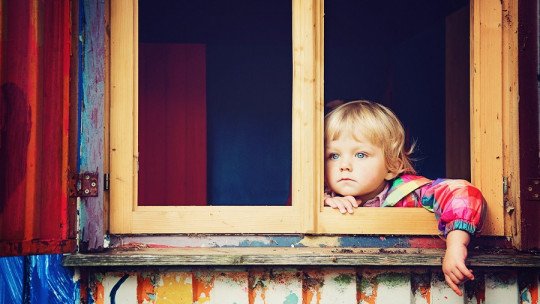 We have always heard that drinking during pregnancy is harmful to the baby, but little has been said about the possible consequences. Today the fetal alcoholic syndrome is a phenomenon that, fortunately, is becoming more visible for greater and earlier detection by professionals, and so that families can feel better attended to and guided in the upbringing of their children with this condition.

What is the SAF?

Among the common characteristics found, although not always as we will see later, there is a characteristic appearance: low height, low weight, small head, poor coordination, low IQ, behavioral problems and deafness or visual impairment. The face of these children has a slightly larger separation between the eyes than that of the rest of the children, and perhaps as a more characteristic feature, the nasolabial fold is smooth.

How do you identify fetal alcohol syndrome?

The reasons why parents come for fetal alcohol syndrome consultation are mainly the following:

Whenever alcohol is drunk, can the baby get PAS?

Not all, but some chronic alcoholic women may have children at birth with Fetal Alcoholic Syndrome (FAS), the highest level of impairment on the spectrum of alcohol spectrum disorders (ASD). It is a pathology present at birth consisting of a set of malformations in the development of the cerebral cortex . It can appear on brain scans as a normal brain image, as they are sometimes subtle.

Due to their difficulty in learning because of the damage to the systems involved in the correct functioning of the memory, these children find it difficult to learn and therefore, they can carry out disruptive or illegal behaviours that lead them to commit crimes, not because of excessive aggressiveness, but because of a lack of distinction between what is right and what is wrong, carrying out inappropriate behaviours and with the danger of being very influential by others.

These children also show a statistical tendency to engage in risky sexual activities, and are more vulnerable to drug addiction.

It is common for them to have difficulties in their studies, get into trouble with the police and even spend time in boarding schools or youth centres, and they can end up in jail and families in debt to pay bail or penalties.

Currently we can distinguish 4 classifications within the TEAF.

This category includes cases with or without a confirmed history of fetal alcohol exposure .

It occurs with or without a confirmed history of fetal alcohol exposure.

Presence of physical abnormalities and other alcohol-related organic malformations that require confirmation of prenatal exposure to alcohol (by declaration of the mother or by laboratory analysis).

There are no physical abnormalities or growth retardation. Requires confirmation of prenatal exposure to alcohol (by mother’s declaration or by laboratory analysis)

Many of the children with PAS are adopted children , especially according to recent data from Russia and Ukraine. However, for the parents who are not adopted, there is a stigma and at the same time a certain prejudice on the part of the professional who must ask the committed question about the consumption of alcohol during pregnancy, even talking about a classist syndrome typical of parents coming from a disadvantaged or marginal social level.

In recent years, the adoption associations and public bodies themselves have begun to provide information and training on the possibility that adopted children may present PAS, especially if they come from high-risk countries such as those mentioned above , thus achieving a certain psychological preparation for the adoptive parents and that they may be aware that this possibility exists.

Most parents come to us after a long journey and several diagnoses. Recently things are improving because, in Barcelona, the Vall d’Hebron and Joan de Déu Hospital are doing a great research work where they have units of professionals specialized in the diagnosis and research of PAS.

The common definition would be a difficult child, who has difficulty concentrating and maintaining attention, often diagnosed with attention deficit with or without hyperactivity , ADHD. However, the child with ADHD tends to have more preserved habits of care, in daily life, greater social skills and have more problems with sustained attention, while in ADHD more problems of divided attention occur.

We can also find children who have been diagnosed with ASD , autism spectrum disorder. However, unlike ASD, children with ASD do not have echolalia, stereotypes, there is social desire and they clearly express a wide range of emotions, although it is true that they find it difficult to regulate them, especially in intensity, and they have difficulties in matters related to the theory of mind. Described by the psychologist and anthropologist Gregory Bateson, the theory of the mind is defined as the “capacity to reflect and understand one’s own and other’s sensations” normally acquired between the ages of 3 and 4 (Pozo J.I, 1998).

And once we have the diagnosis?

The common guidelines for families who have proven to be most effective in their children’s behavior are as follows.