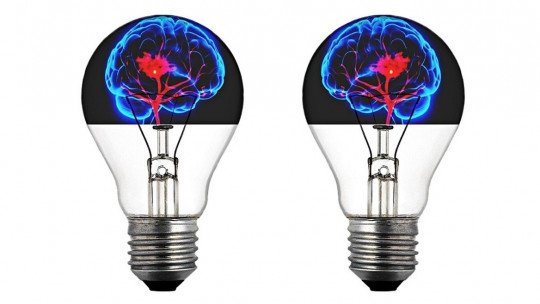 Understanding how the brain works requires years of learning, and yet the level of understanding we can have about this set of organs will always be very limited; not surprisingly, the human brain is one of the most complex systems in existence.

On the other hand, there are some ideas that help to start by better understanding this tangle of concept s that serve to explain what this part of the nervous system is. Here are some of these keys.

Basic ideas about how the brain works

This is a list of ideas that I think help to understand the fundamental ideas about the functioning of the brain . I recommend reading them in order, because they are ordered from the micro to the macro.

A brain is basically a collection of neurons and glial cells. The latter are less well known outside the universities, but they are actually much more numerous than neurons (which is quite impressive, considering that an adult human brain has around 80,000,000,000 neurons).

What does each of these cell types do? Neurons are the ones that create the electrochemical signal flows that constitute mental processes; basically, everything that psychology studies is captured in the way neurons communicate with each other.

Glial cells, on the other hand, perform a variety of functions, and until recently it was believed that they were basically responsible for protecting neurons and facilitating their movement. However, in recent years research has emerged that shows how glial cells have their own communication network and can influence how neurons relate to each other. In other words, we are only beginning to fully understand their importance.

2. The role of synapses

When it comes to understanding how the brain works, knowing how the communication networks between neurons work is just as important, if not more so, than knowing how each neuron works individually, and that means that the points at which these nerve cells send information to each other are of crucial importance to neuroscientists and psychologists. The name given to these areas is “synaptic space”, which in the vast majority of cases is a small gap that opens up between the cell membranes of the nerve terminals of two neurons : one is presynaptic and the other is post-synaptic.

At the synapses, the electrical signal that runs through a neuron is transformed into a chemical signal, that is, a stream of substances that we call neurotransmitters and neuromodulators. These microscopic particles reach the nerve end of the other neuron and there, they are captured by structures called receptors. From that point, the torrent of chemicals received by the post-synaptic neuron have an effect on the frequency with which this nerve cell will emit electrical impulses that can have effects on other neurons.

This mechanism seems simple, but it really isn’t, because there are many types of neurotransmitters and structures that interact with them, and at the same time each neuron is usually connected to many others at the same time: information is not usually passed on in a linear way, as in the game of the telephone.

3. Software and hardware are indistinguishable

It is common to try to understand the brain as if it were a conventional computer, but this comparison is only justified in certain contexts, because it does not serve to capture the actual functioning of the brain. And one of the main reasons why a brain can be distinguished from a computer is the fact that in the former it does not make sense to distinguish between software and hardware. All the processes that are taking place in a brain materially modify the brain, and the structure of the brain itself is what makes the neurons send out nerve signals to each other : it does not depend on programming codes.

That is why, among other things, the brain does not work with content that can be stored on a USB, as is the case with computers. You can play at interpreting what happens in a brain in real time, and make this interpretation be structured as a code understandable to us, but that code will have been invented by us; it does not come from the brain. This does not mean that it is impossible to know in an approximate way what certain parts of the torrent of information that travels through a brain consist of.

From the above, we derive this other idea: that the brain is changing all the time, whatever we do . Everything we perceive and do leaves a more or less intense mark in our brain, and this mark, in turn, will make all those that occur from that moment onwards one way or another. That is, our mental life is an accumulation of modifications, of neurons that tighten their bonds and then loosen them according to everything that happens to us.

This ability (or, rather, need) of our brain to constantly change depending on circumstances is called brain plasticity.

As much as the human brain may seem like a prodigy of nature capable of doing some pretty impressive things, the truth is that the data set it works with is always full of gaps. In fact, it is not even capable of properly processing all the information that comes to it in real time through the senses, let alone remembering everything, something that only happens in incredibly exceptional cases.

What the human brain does is obey the principle of survival : what matters is not to know everything, but to know just enough to survive. Attention is the mechanism by which certain parts of the available information are selected and others are ignored. In this way, the nervous system is able to locate elements of information that are relevant to focus attention on them and not on others, all depending on what our objective is. This mechanism is very playful, because it makes us seem, in certain circumstances, to be blind to things that are happening right under our noses.

6. The brain makes things up

This point is derived from the previous section. As the brain has a limited amount of “processable” information, there are some information gaps that it has to fill without us constantly having to search for the missing information. For this purpose, there are some automatic mechanisms that cover these gaps in a discreet way .

An example is what happens to the part of the retina that gives way to the beginning of the optic nerve. This is an area where the eye is unable to transform light signals into nerve impulses, and therefore it is as if we have a hole in the middle of our visual field. However, we don’t realize that.

7. Parts of the brain always work together

Although the brain is formed by different anatomical areas more or less specialized in some processes, all of them need to be well connected to each other to do their job well . This does not mean that they all have to communicate directly with each other, but that in order to function they have to be wired to the “general network” of information that circulates in the brain.

Although it is very useful to distinguish between the rational and the emotional in theoretical terms , in our brain all the mental processes that we can link to one or another domain work together .

For example, the parts of the brain most related to the appearance of emotions (a set of structures known as the limbic system) are those that set the objectives that are effectively sought to be achieved through action plans based on logic and which, in any case, will not stop being influenced by emotional factors that will make the rationality of these strategies quite relative, even if we do not realize it.