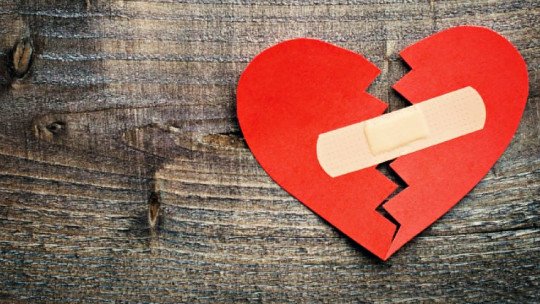 Many times we experience love relationships as fairy tales that can only have a happy ending. Of course, this belief makes having someone by our side a sweeter experience, but at a very high price.

When things don’t go well, the frustration can be enormous: discovering that one is not well with someone produces as much confusion as discomfort, because we don’t understand that, simply, the relationship, as we knew it until now, no longer has any reason to exist.

Making the decision to end a relationship is always hard, especially if the relationship has a long history of several years. Moreover, one of the most painful aspects of the break-up is the fact that is a unilateral decision : it all depends on oneself, and the consequences of this decision, if very bad, will weigh on one’s conscience.

It is this fear and this expectation of potential failure that makes many people get stuck with the uncertainty of not knowing how to leave someone. Anticipatory anxiety makes the discomfort almost comparable to that which occurs during and just after the breakup, but unlike what would happen in this second scenario, the problem persists and becomes chronic.

The fear of “throwing oneself in”, the guilt and pity that produce sadness in the other person, not knowing how the day-to-day will be without the routine of being by the side of that person in love… all this makes it very easy to procrastinate, not taking the first step, prolonging the discomfort.

Managing Relationship Crisis: How to Leave Someone

Although a love break-up is always an experience that produces anxiety and discomfort, these feelings must be managed so that the crisis does not become entrenched. Moving from the idea to the fact in the right way is important to get through the break-up phase in the best possible way.

These are the main guidelines to follow in order to be clear about how to leave someone without the people involved suffering more than would be expected:

The couple’s breaks that are best managed are those that are understood, that is, those that we can integrate well with the knowledge we have about the relationship we are in. This also applies, of course, to the person who is “dumped”. It is very important that you understand what is going on , and for that it is necessary that you know that your partner does not feel well in the relationship, that this information does not come all at once at the moment of the break-up.

So, when it comes to leaving someone, you already have a lot to gain simply by genuinely expressing the discomfort you feel. That sets precedents that in hindsight help to understand what has happened.

2. Choosing a quiet and solitary place

It is very important that by breaking off the relationship the people involved can express their feelings without being repressed by being in a social context. Choosing a bar or restaurant as a place to do this is a very bad idea precisely because of this: shame and fear of attracting attention add to the stress that the situation already generates.

Something so important deserves to be explained well and in detail. That’s why it’s good not to give the information simply in one or two sentences; better to have a mini-script prepared with the main ideas to be said and their order (not to memorize literally any text).

On the other hand, it is important that the main point of the meeting, the rupture, is communicated in a clear and direct way , without using poetic formulas or constant detours without reaching the subject in question.

Attributing the failure of a relationship at the time of leaving someone is inadvisable, even if the blame is placed on oneself. If we blame the other person, we make them suffer more than they should and, moreover, will not be able to draw a valuable lesson to be happier in the future with other people, since that information will not be analysed as if it were something from which a useful conclusion can be drawn; it will simply be seen as an attack, due to the context and the difficulty of reasoning in situations like that.

Besides, if you say that the fault is your own, it is very possible that this will be interpreted as an excuse not to have to argue, something that of course does not feel good either.

Some people believe that just after communicating that they want to break up, the appropriate thing to do is to act in a distant way so that the interlocutor does not “get confused” and assumes his or her new role instantly. This is a mistake and, in fact, is such a defensive attitude that it reveals one’s insecurities.

After leaving someone you have to let your feeling of helping others act spontaneously when it comes to consoling the ex-couple, if they need it . A hug, some kind words and staying by the person’s side for a while is a good idea, unless the person says otherwise or doesn’t show signs of breaking down emotionally. In any case, offering help never hurts.

Considering the option of taking some time

Many times leaving someone is not a decision we can be sure of. Love is a very complex feeling , and certain crises may be due to circumstantial factors that have nothing to do exactly with what it is like for us to be with a certain person.

In these cases, instead of communicating a definite break, you can choose to give yourself some time. This, in part, is also leaving someone, but leaving a door open to the possibility of returning, and therefore the blow is less. However, one should not decide on this option simply to please the other person; it has to be something that really interests both parties.