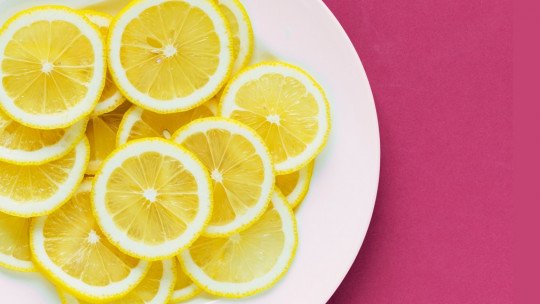 Suffering from high blood pressure is a very common condition . It is estimated that 1 in 4 people suffer from it. You probably know someone who suffers from hypertension or perhaps you yourself may know what it is like to have too high a pressure.

It is known that a healthy life prevents suffering from this type of cardiovascular disease, but sometimes it is not so simple and even peaks of stress can give us problems by raising our blood pressure. In this article we will talk about the five keys to lowering your blood pressure .

What is blood pressure?

Increased blood pressure or hypertension occurs when blood, while passing through each of the blood vessels in our body, puts too much pressure on them. Explaining it graphically, it is as if it is reduced in a hose where water passes through. The water has less room to pass through and goes faster.

A certain change in pressure when performing certain activities is healthy for our organism. The problem comes when the body cannot control the pressure peaks and the pressure remains high for longer than necessary. In these cases, injuries to our organs can occur. The heart, kidneys and brain are some of the ones that can go wrong.

It is well known that to control blood pressure people take medication, but we cannot leave our health to medication alone. They have an effect that helps us, but they can’t do all the work of lowering blood pressure.

Next we will talk about the 5 most important issues to take into account in order to keep your blood pressure under control. Most of them have a marked natural background, as they are based on promoting good habits. And if you still do not suffer from hypertension do not hesitate to apply them equally: there is no doubt that prevention is better than cure.

The best known and perhaps most recommended natural method for lowering blood pressure and followed by those suffering from the disease is control through diet.

Food has a very high impact on blood pressure, so maintaining a healthy diet is the first objective of anyone who wants to treat their hypertension. In general, salt and all kinds of chemical additives such as sodium glutamate, as well as food products containing added sugars, should be avoided.

Seeking quality sources of protein such as lean meat is important, as keeping a diet away from saturated fats is essential. Avoiding fried foods is also important. But it is the trans fats that should be really restricted, as they are characteristic of products processed by the food industry.

It is also advisable to increase the intake of soluble fibre. Foods such as legumes, vegetables and whole grains are healthy food sources. However, it is important to avoid fast food establishments, where it is common to add sauces and saturated fats.

2. Be aware of medication

There are medications that are used for other ailments, that have nothing to do with blood pressure, that have as a side effect an increase in blood pressure. These are called side effects. Among them are some antipsychotics, birth control pills, migraine drugs, corticosteroids and some drugs to treat cancer.

Therefore, it is highly recommended to stop taking these medications whenever it is a real possibility. For example, using birth control pills can be substituted for other contraceptive measures. In other cases, it is more important to continue taking the medicine to treat a more serious condition than a possible rise in blood pressure.

It is also important to note that of the more than 200 medicines sold to combat hypertension, many of them also have significant undesirable side effects . If possible, it is better to look for alternatives to taking medication to lower blood pressure. Medication is thus both a remedy and an evil.

It is not known exactly how caffeine acts in relation to blood pressure peaks, but in many people it can cause a significant increase in blood pressure . There are people who regularly drink coffee who are more tolerant of the effect of caffeine on other people.

It is believed that caffeine is able to block certain substances that help keep the blood vessels open. There is also the hypothesis that relates caffeine to increased adrenaline release by the adrenal glands, which increases blood pressure.

Anyone who wants to know how to lower blood pressure and is a smoker should know that the negative effect of smoking on blood pressure is indisputable; smoking causes an increase in blood pressure. When we smoke, nicotine increases the levels of substances called catecholamines, which cause vasoconstriction.

This contraction of the blood vessels causes the blood to travel through the same vessels but which have suffered a reduction in diameter, increasing the blood pressure. In addition, cigarette smoke increases sodium retention, while other substances in cigarettes such as cadmium also increase blood pressure.

Related to the previous section, it is relevant to comment that it has been shown that combining smoking with coffee drinking intensifies the increase in blood pressure.

There will be people somewhat skeptical about the power of meditation to improve health and reverse disease, but science is proving the value of this ancient practice. New scientific findings are showing that meditation can also lower blood pressure.

The mind plays an important role in physical health and in reducing disease. Having the mind exert control over the intense flow of daily thoughts can be a new medical tool, which can be integrated into drug and surgical treatments.