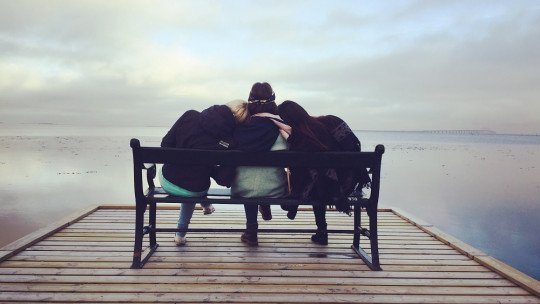 Many of the things we enjoy in our daily lives exist because of our ability to connect emotionally with other people. The human being is highly social, and that is why we tend to establish links between us constantly, whether they are formal or informal.

However, it is not only the quantity that matters; the quality of these social ties must also be taken into account. In particular, the possibility of having friends is one of the aspects that produces the most happiness and satisfaction. But this is not something that is easy for everyone. Therefore, in this article we will review some tips on how to make friends more easily .

How to make friends: 7 tips

These guidelines to follow are not essential to find new friendships, although having them as a reference in our day to day will help to achieve that goal. The fundamental thing is to be clear that each case is unique, and it is necessary to know how to adapt these steps to the context in which one lives.

There are people whose main difficulty in making friends is that they feel rejected by the idea of being seen with the type of people they feel affinity for . It is easy, for example, that if you have grown up in a relatively homogeneous social environment, certain types of friendships may be strange or even generate criticism, but submitting to these unwritten rules is almost always worse than breaking those rules based on misunderstanding and stigmas.

In the end, what you get by going beyond this group pressure is access to a much wider variety of possible friendships than you had before, and while this may have somewhat negative consequences on some personal relationships in the group that previously occupied most of our lives, the problem was there long before, though not in an overt way. If someone does not accept us because we are not in their scheme of things by showing us as we are, their friendship was very relative.

2. If you can use the Internet, do so

Internet use is highly stigmatized, as some people mistakenly believe that friendships and relationships that begin in this virtual environment are less sincere and “natural” than those formed decades later when computers did not exist or had much more limited versatility.

But this doesn’t make any sense: the network of networks is a perfect place to break away from many of the limitations of the material environment in which we have grown up or in which we are living. For example, if we have developed a hobby that no one in our environment shares with us, it makes no sense to refuse to use the Internet to find more people with these tastes.

In fact, it is very easy to access forums and websites specialized in very specific topics, so we are guaranteed to be able to find potential friends with similar interests to those we have .

There’s nothing like having a good conversation, like knowing a little bit of everything, having general culture. Even if what we know about a topic is very little, it can help to develop an interesting dialogue in which doubts are resolved, for example, about the country from which our interlocutor comes.

In this respect, the fundamental thing you should know is that it is good to follow two principles: look into the eyes and not have a non-verbal language associated with tension and defensive attitude. Also, acting out your positive emotions always helps, as smiles are contagious (as long as they are not forced). One of the most useful tips for making friends, since its effects are noticed from the first moment.

5. Begins to lose fear of starting a conversation

This step is important to leave behind many of the limitations linked to shyness and the fear of making a bad impression. It is complex and requires weeks of work, but can be learned.

The main idea behind this process is that content matters much less than form, and that your attitude can make a seemingly absurd topic of conversation playful and not strange or out of context if it conveys self-confidence.

Avoid memorizing very detailed patterns of behavior; it is preferable to take into account very basic and intuitive ideas about what to do, and do it without thinking too much. In this way, your attention will be focused on the real-time interaction with the other person , and not on the “script” you have prepared, which by definition is something that is outside the real dialogue.

7. It is not necessary to form large groups

Having friends does not mean being part of a big group of friendships. This is something that is difficult to understand especially when you are very young, because at certain ages the usual tendency is to socialize in “networks-2 of many people who know each other. But having friends who don’t know each other is perfectly valid, so it’s not worth worrying about whether or not they fall in love with each other. Trying to bring them together in a very forced way is often counterproductive, especially if you have known these people for a relatively short time.