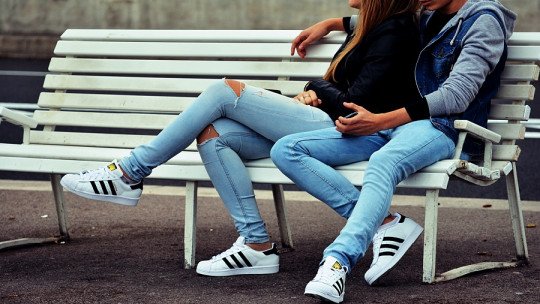 The search for pleasure is one of the main objectives of human beings, and sexual pleasure is no exception. In fact, sexual satisfaction is very much related to the well-being of the couple, as we commented in our article “Does having lots of sex make couples happier?

However, over the years, monotony and decreased dedication to a partner’s sexual needs can cause satisfaction to suffer.

Despite having different sex organs, both men and women can have really pleasant orgasms. However, while the penis has only one way of transporting sensations to the brain, the female genital system has three or four. Without a doubt, the best known is the clitoris : a small, fleshy body found at the highest part of the vulva.

Stimulating the clitoris correctly can lead women to experience extremely pleasant sensations. However, it is necessary to know how to do it, and not to stimulate directly if there is not enough excitement.

To locate it, it is necessary to insert the finger with the nail face down and, once inside, lift the tip so that the finger is in the form of a hook. Then, you will detect a protruding area inside, a kind of button.

3. Stimulate both at the same time

To increase the pleasurable sensations, it is possible to play with both hands (or even with just one) to stimulate both the external clitoris and the G-spot. Sensations to the limit if you can perform a combined movement.

4. Don’t just focus on the clitoris

However, there are other erogenous zones in the vagina, so you can experience what sensations touching them produces. Surely the person you are having intimate relations with can give you feedback on what they like .

One sex toy can be a good alternative, but two is even better. Don’t cut yourself and use them at the same time . Orgasm can be even more pleasurable.

9. Play with the environment

10. Know the other person

Take time to get to know the other person, because not everyone has the same tastes.

So you can ask him directly and maintain a fluid communication . In this way it is possible to improve things and achieve much more intense feelings.

12. Be gentle and increase the intensity progressively

We may think that by giving more intensity we will achieve greater orgasms, but the truth is that increasing the intensity is ideal. In fact, a very useful technique is to delay the climax .

13. Varies in touch and movement

Make circular movements, in a straight line, rubbing, massaging, blowing , in other words, vary the movements and touch on the clitoris and other erogenous zones. This can help create very pleasant sensations.

The nipples, like the genitals, have many nerve endings that help increase female excitement . However, many men do not know how to take advantage of them, as they are too abrupt. In this erogenous zone, it is important to be gentle.

15. Use your imagination and get lost in the present

These tips can be very useful, but the key is to get lost in the moment , connect with the other person and understand the situation at that moment. So pay attention to what is going on between you and focus on what you are doing.

While I have commented before that it is necessary to create a climate conducive to intimate relationships, one should not only think about the room. It is possible to be creative or look for other places that can stimulate the senses, for example, in the bathtub .

It is also possible to try different games or positions , or to add stimuli to the sexual game, for example, by adding ice, as the cold can intensify the sensations.

Women can have multiple orgasms , that is, they can have a sequence of orgasms one after the other without having to go through the resolution stage. So, even if you think you’re at a climax, don’t stop and keep going…