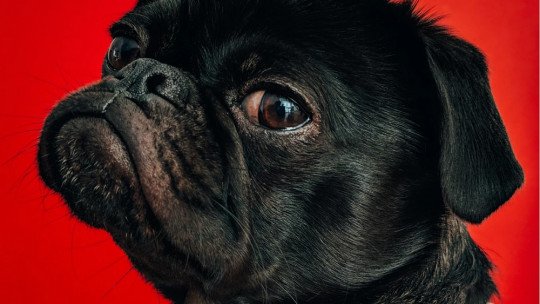 The fear of dogs is one of the most common forms of fear . As they are very common pets, some people have a really bad time just by passing one on the street or passing in front of a house where one is barking.

In this article we will see different keys about how to overcome the fear of dogs, and how to apply these tips in everyday life.

Why does this fear appear?

There is no single reason a person can develop a fear of dogs. Different aspects that may be influencing this , such as the wild appearance of this mammal (which is ultimately the same animal species as the wolf), its propensity to bark (a sound that sometimes gives frights and can express aggression), its relatively unpredictable character (if we compare it to that of a human being), etc.

In general, the fear of dogs is something acquired, learned in an involuntary way, although this learning brings more disadvantages than advantages. In fact, in the most extreme cases one can even speak of dog phobia , or cinophobia, which is what happens when this anxiety and feeling of discomfort are so powerful that it significantly wears down the quality of life of the person on a daily basis.

It should be noted, therefore, that if the fear of dogs is extremely intense, it will probably be most helpful to see a mental health professional. Psychotherapy is necessary for people who experience a level of fear that prevents them from even the slightest exposure to dogs and who believe that this is seriously detrimental to them (it is possible to have this strong learned fear and yet live in a dog-free environment, so unless it is imposed by fear, it need not be a serious problem).

For the rest of the people in whom the discomfort is not so intense and it is possible to take the first steps necessary to be near a dog while maintaining control of oneself , which is what happens in most cases, the advice that follows may be useful.

1. Evaluate the degree of fear you feel

Firstly, it is important to make an estimate of the extent to which this fear of dogs is intense or not, which also helps to know in the first place whether it may be a phobia or not.

For example, if you can stay in one place by having a dog resting about ten feet away from you and you know for sure that, beyond feeling bad, you’re not going to lose control of the situation as long as the dog doesn’t talk to you or make any sudden movements, it’s most likely a normal, non-pathological fear of dogs (in fact, even if you don’t meet that condition you may not have a phobia).

Once this has been established, draw up a hierarchy of situations that make you afraid in relation to dogs, ordering them according to the discomfort they cause you. From there, assess the different stages you will have to go through, taking into account those aspects of dog interaction that are most frightening to you.

For example, for some people the level of fear may not depend so much on the proximity of these animals , but rather on the likelihood that they will bark, or this fear may not exist if the dogs are small. Knowing this will help to avoid prolonging the process of overcoming this fear.

Recognizes the symptoms of fear

When you are experiencing in first person the effects of the fear of dogs, look at what are the concrete manifestations of this fear when it reaches its maximum or when it is close to its maximum. Do you tend to run away a few meters losing control? Do you feel that you stay in place and prefer not to move? Knowing this will help you prepare the right measures for the next phase.

3. Expose to fear in a planned way

The first thing you should do is try to get through the situations linked to the fear of dogs that make you less afraid, to become resistant to them. When you have passed this stage and find you can no longer make significant progress in it, move on to another situation that is usually more frightening than the previous one, and so on.

In addition, it is good that you have prepared strategies to prevent the symptoms of fear from becoming a problem . Sometimes this can be simple, like having a bottle of water nearby if your mouth normally gets dry, but in other cases you may need a person to help you, especially if you tend to run away. This helper may have the task, for example, of preventing you from running back, since running away feeds fear.

It is also important that you make sure that in this phase of training to overcome the fear of dogs you do not use a dog that is characterized by being aggressive. Don’t put unnecessary obstacles in your way.

4. Learn about dogs and their good nature

Besides intervening on the way you react in real time to dogs, it is good to act on your beliefs . Part of the fear can come from not knowing these animals.

Dogs are precisely a lineage of canids artificially selected to make the most caring and collaborative individuals have offspring. Everything that makes a dog a dog has to do with its clear tendency not to attack and its propensity to get involved rather in human protection tasks.