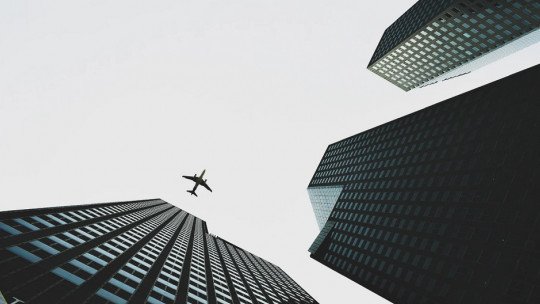 Many people experience fear of flying , a phenomenon that appears in situations where you have to get on a plane, even if it is only for a very short trip. Despite the fact that this means of transport is one of the safest, the irrational fear of this context makes them suffer for reasons that are difficult to explain in detail.

In this article we will focus on several tips about how to overcome the fear of flying , taking into account that this is a process that requires some time and effort, and that in some cases this fear will not disappear completely. But first, let’s clarify some concepts.

Is it always some kind of airplane phobia?

Keep in mind that the fear of flying is not exactly the same as the phobia of flying, or aerophobia . The first concept is broader, since phobias are mental disorders (specifically, anxiety disorders) and there are several diagnostic criteria to determine whether they are present in a person.

In particular, it is important to note that for us to be able to talk about flying phobia, the fear must be so intense and disabling that it significantly damages the person’s life location; for example, by making them actively avoid taking planes even if they have the need to take one of these vehicles.

Although the available data are not very precise, it is estimated that about 13% of the population in Western societies has this condition, and about 5% suffers from a fear of flying so intense that it can be considered aerophobia.

Thus, fear of flying is a phenomenon that can occur at different levels of severity, and aerophobia is at its most intense. However, this difference between “mild” fear of flying and aerophobia, in which the person may completely lose control and move on to trying to get off the plane in an urgent manner, can be understood as a qualitative, not just quantitative, issue. Specifically, some people will not be able to overcome this fear of flying unless they see a mental health professional such as a psychologist or psychiatrist .

What we will see below is a series of tips that can help people whose fear of flying is not extreme and who will therefore be able to effectively engage in measures to overcome this fear on their own, although resorting to psychological help will always be helpful and facilitate the process.

Overcoming the Fear of Flying

Follow these steps to maximize your chances of mitigating or eliminating your fear of flying.

1. Learn the basics of what happens during the flight

Having basic knowledge about how an airplane works and how it flies serves two fundamental purposes that help overcome the kind of fear we are talking about.

On the one hand, it makes the belief that the plane can fall at any time, reinforced by an intuitive knowledge of how physics works (from our early childhood we learn that it is normal for objects that are not held by something to fall to the ground) to be offset by somewhat more reasoned beliefs about the safety of these vehicles.

On the other hand, it helps to avoid surprises. Even if we think we know more or less how an aircraft works, if we detect something that could mean an accident is going to happen, such as shaking from turbulence, we can rule out that belief in the safety of the vehicle by considering that we are in an exceptional case where there is a very specific danger. Thus, if we know that in a flight it is normal for fairly strong jolts to occur, or that it is common to hear strange sounds produced by the internal machinery of the plane, it is more difficult for this to happen to us.

However, this step is not sufficient in itself to eliminate the fear of flying, since as an emotional phenomenon, cognitive processes based on rational arguments have very limited power compared to the influence of fear. In the end, this emotion makes sense because it has allowed us to increase our chances of survival by making us more likely to flee just in case than to stop and think about whether or not there is really any reason to be cautious. That is why it is necessary to intervene on emotions .

Most likely, to overcome your fear of flying you will go through some uncomfortable, even unpleasant, moments. In the end, you must expose yourself to the source of that fear to make its influence on you lessened. That is why it is important to prepare some self-instruction: a detailed description of how you should manage your attention when you feel that fear is lurking.

For example, when you feel turbulence you can mentally repeat “roller coaster” in series of three, then perform a few seconds of breathing techniques, and then go back to the repetition of the concept. In this way you will be focusing your attention on a series of simple steps that will help you not to become obsessed with your fears.

3. Take an object on which to discharge the tension

You will probably experience anxiety, so it’s good to channel its physiological effects into a particular object, which will allow you to see that that facet of the symptoms is controlled and won’t make you lose control. For example, squeezing a rubber ball can work.

It is good that, before entering the plane, you close your eyes and imagine what will happen to fly inside it. The aim is to expose yourself to a situation similar to that of real flight (ruling out the possibility of catastrophe, adjusting to what statistically happens: flights without incidents), to have the opportunity to familiarise yourself with this kind of environment in a controlled environment.

5. If you can, get on the plane in good condition

It is necessary to do your best to get on the plane when you are at your best, which especially implies having slept well the night before, and having eaten well. Otherwise, you will be more likely to have intrusive thoughts related to worries, as you will feel more vulnerable than usual.