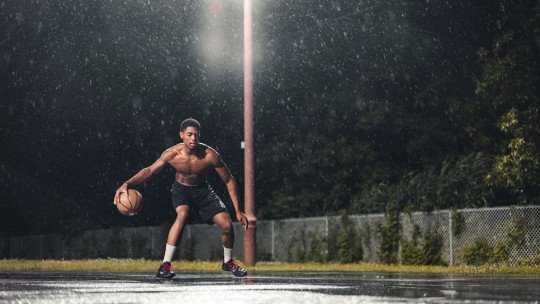 Anger is a psychological state that, although it is usually seen as something negative, is completely natural. Over the course of a lifetime, we will experience it several times, and that in itself is not a bad thing. The key to assessing whether or not our relationship with anger is healthy is to see to what extent it affects us, and whether it significantly harms us or the people around us.

Knowing how to release anger in a healthy way is one of the most important factors in not letting this emotion dominate us and make us fall into destructive or self-destructive dynamics.

Releasing anger in a controlled and healthy way: 6 tips

For a long time, we have fallen into a fundamental error when it comes to understanding what anger is. This trap consists of believing that this emotion is bad because it gives us a bad time and can lead us to attack others. Where is the problem with this view of things? In that anger does not appear spontaneously inside of us: it arises as a consequence of an interaction between the individual and the environment .

Let us think for a moment of the social minorities who were once legally discriminated against and are now no longer so. In that cruel past, the frustration and helplessness of feeling that they had fewer rights often generated anger, and no one would ever think that it was that feeling that was problematic, but the social context.

Something similar happens when it comes to understanding why it is good to release anger in a controlled way. When we do this, we are not atoning for any sin, but rather actively acting to release an emotion that may or may not be justified, but is natural and ultimately has not appeared because we have freely decided to do so.
Taking all of the above into account, let’s look at some basic tips on how to release anger.

1. Avoid noisy or stressful places and find a quiet place

This first step is to avoid greater evils, since in environments with many stimuli, it is easy to find even more reasons to be angry. To this we must add that with anger running through our bodies we tend to be more likely to see reasons to be angry in facts or situations that in another situation would not make us feel that hostility. This is a bias that can lead to the worsening of the problem.

So it never hurts to keep in mind quiet places where we can be alone , especially in anticipation of a dialogue that can make us angry.

Knowing how to manage an argument also includes the ability to know how to release anger properly in case this emotion arises. When we are immersed in a dialogue, however, this task includes both releasing a certain amount of anger (it cannot be much, since the purpose of the dialogue is different) and preventing it from building up further .
There are two things you can do to prevent this: avoid raising your voice, and make your speech a bit slower.

The former can be counter-intuitive, as shouting is usually associated with the release of the discomfort, but in the context of a dialogue this is not the case, as shouting would only make us assimilate that we are already in a verbal struggle, making the other person react in the same way.

Speaking a little slower fulfils a similar function, giving us an excuse to monitor our speaking pace , preventing us from trying to overwhelm the other and dominate the conversation in this way. If you let time pass and do not increase the reasons for feeling anger, this anger that was beginning to be a problem will fade away by itself without causing significant problems, having not reached a critical point and, on the other hand, having turned the dialogue into a battle.

If you have time and it is not a very intense feeling of anger that has suddenly appeared, but you have been feeling it for several minutes, consider extending that state of alert and tension into something productive. For example, in doing sports. Sport presents us with the need to release energy by attending to a very clear objective that requires all our attention, which is why it is an excellent way to let anger go on its own.

If you feel very angry, perhaps a competitive sport is not the best option. In this case, focus on exercises done individually, such as doing push-ups, running in the park, etc.

4. Is there a problem with video games?

Since practically their inception, video games have been unjustly criminalized, being accused of promoting violence. Paradoxically, this is not only not true, but it has been seen that in certain cases, playing this form of entertainment can be a way of channelling anger without harming anyone . Immersing oneself in a fantasy world and fulfilling one’s objectives allows us to release energy in a controlled environment.