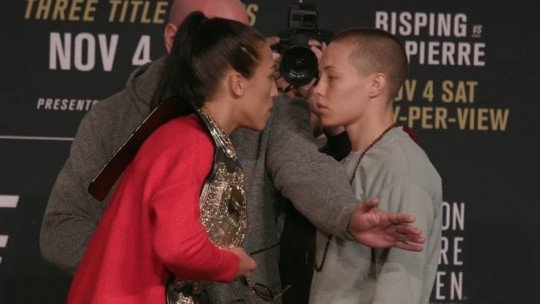 It is true that human beings have a natural tendency towards cooperation, but it is also true that we can sometimes be very cruel to each other. The frequency with which verbal aggression occurs is an example of that. In the end, as much as we must live in society to survive, that does not mean that we should always get along, in all contexts.

In this article we will see how to respond to verbal aggression , as well as strategies for managing the emotions associated with this process.

How to react to verbal aggression?

Although we normally associate violence only with attacks on people’s bodies or property, we must not forget that as sentient beings, words and symbols can also hurt us. That is why verbal aggression is a reality, and we must know how to position ourselves before it.

Of course, one of the facets of responsible behaviour in this respect is not to use this kind of attack against others, but it doesn’t end there. How to respond to verbal aggression when it is directed towards oneself ?

In a situation of open hostility in which we are attacked by verbal aggression, remember the following guidelines to know not only how to act, but how to act. Next we will see the main guidelines to follow, assuming that verbal aggressions occur in a context where there is no risk of receiving physical or economic damage, in which case we would be talking about a much more serious form of domination.

1. Be clear about the objective

It is necessary to keep in mind from the beginning that what we aspire to is, fundamentally, to protect our dignity and, secondly, to prevent this kind of attack from happening again. This means that we do not seek revenge, nor to humiliate the other , goals that are incompatible with the previous ones.

Faced with compromising situations like this, it is necessary to adopt a certain critical distance from what is happening to us, so as not to get carried away. Part of successfully managing those moments when we are attacked verbally is simply not losing your temper and knowing how to control yourself.

In fact, sometimes the only purpose of these aggressions is based on the expected effect of making us nervous, so that we cannot think rationally, thus creating an asymmetry in the power dynamics that are established in the dialogue. If we remain calm we not only avoid this, but also demonstrate our strength and self-confidence , something that makes us gain power both in the eyes of the aggressor and in those of possible observers who are not directly involved in what is happening. There should be no sign that self-esteem is compromised, as this may give more reason to continue acting in the same way.

3. Drawing attention to the offense

You cannot act as if verbal aggression is normal, so the first thing to do is to point out the fact that the other person is already at a disadvantage.

In these cases it is good not to focus on how the attack makes us feel, as this may encourage the other person. Instead, it is better to talk about these attacks as an easy resource that is only used by those who are less able to defend their positions in a coherent and informed way. Everyone can use personal insults or allusions that only hinder dialogue.

4. Deconstruct the attacks of the other

Sometimes we forget that verbal aggressions are based on totally questionable actions and statements, and we simply focus on the discomfort they generate.
But the truth is that through these attacks, the person issuing these aggressive messages is exposing himself, and risks having his actions turned against him. This is what we need to take advantage of. After all, on many occasions these attacks are a way of masking the poverty of the arguments used.

Thus, it is good that, at least in the beginning, we act as if within those verbal aggressions there is a content worth taking seriously, so that a rigid and dogmatic attitude is not shown that is comparable to that of the other person. In this way, we can explain, briefly, the reasons why the attacks received are absurd and unfounded.

However, it is essential that this step is always taken after the previous one, which consists of drawing attention to the denigrating content of the other’s messages.

It is good to make it clear that our attitude is not the same as that of the attacker, but neither should we act as if the other person were doing his or her part to generate a fruitful dialogue. That’s why we should not create elaborate responses to each new attack by the other.

If a verbal assault occurs a second time, it is best to stop seeing this person as a valid interlocutor, and to stop paying attention to what he has to say, briefly explaining our reasons for doing this. This is a step that has to be taken right after the verbal assault occurs, to emphasize the fact that this is unacceptable, and that is the reason, and no other, why we stop talking to this person.