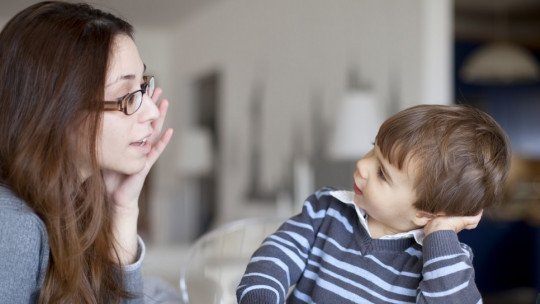 Reverse psychology is one of the concepts linked to the psychological that has gained the most fame at a popular level. You don’t need to be a university graduate to have heard, even if only superficially, what this type of resource used especially in persuasion consists of.

However, it is one thing to know the what and quite another to master the how. The idea that reverse psychology basically consists of asking for one thing to get the other thing done is totally fallacious. If it worked that way, no society would exist or could be sustained, since our lives in collectivity are based on constantly making requests, delegating tasks, giving orders, etc.

In the following lines we will see just basic and fundamental ideas about how to use reverse psychology in processes of persuasion .

How to use reverse psychology?

Essentially, we can define reverse psychology as a process by which we increase the likelihood that a person or group will get involved in a task by communicating a framework through which they should do the opposite. This means that it does not simply consist of giving an order for others to do actions opposite to this one, but that it works by taking into account the roles of each person and the expectations that are at stake.

Fundamentally, reverse psychology consists of shifting people’s attention to an aspect of the situation that gives reasons to behave in a way apparently opposite to that suggested by the person who has made that information known. To create the impression that a communication error has occurred, in short, to show clearly which option is preferable and which is not.

Whether or not to use reverse psychology depends on a number of moral considerations that depend on the context . For example, if it involves giving false information, its moral implications will not be the same as if one works at all times with objectively correct information. The fact that what is said is true or false goes beyond the concept of reverse psychology, and is independent of it.

That said, let’s see how to use this strategy of persuasion step by step.

1. Analyze the strengths and weaknesses of the action you want to promote

The action option that you would like the other person (or the group of people you will be addressing) to choose necessarily has advantages and disadvantages .

So it starts by distinguishing these positive and negative aspects so that they can be taken into account at all times. When using reverse psychology, you should create a framework in which at least one of these advantages is clearly presented and the possibility of thinking about the disadvantages is discouraged. For example, going to the gym has the advantages of offering a habit that makes us feel good, improves our health and strengthens our self-esteem, but it demands physical effort and costs money.

2. Discover a frame of reference that may be attractive

Based on what you know about the person or persons you are going to address, think about those aspects of the action you want to promote that may be most attractive . For example, in the case of going to the gym, this element could be the fact that you look fitter and have the admiration of other people when you see their progress.

3. Plan from which role you will speak

This is important, since one of the keys to knowing how to use reverse psychology is to take into account that part of your power is based on assuming a role that the other person should oppose, although not from hostility. That is, we must embody something that represents a “category” in which, right off the bat, the other person does not feel included or even opposed.

For example, this can be done even when talking to a friend if we take as a reference some of the characteristics in which we differ most or oppose . Something that illustrates this well would be to take advantage of the role of “big brother”, although speaking from his not so fraternal facet as a regulator of the behavior of those under his care. If we imply that a big brother is not a perfect machine for defining what is best for his younger brothers or sisters, it is easy to generate this subtle transitory antagonism.

4. Offer the option you want to promote as if it were a temptation

Working from the previous step, create a frame of reference for the conversation that makes it clear that you are speaking from that role in which your partner or partners are not included and may easily have conflicting interests.

Thus, it introduces the idea of performing the action you want to promote making it seem tempting but at the same time not very advisable from the point of view of the role from which you speak (and towards which the person listening to you has an antagonistic predisposition from the beginning). In other words, it is not advisable from a dysfunctional or meaningless logic unless you embrace a role that does not feel like your own.

To make the action you want to promote more attention, you can use a false dichotomy. Speak as if there were two possible options: choose that option or, on the contrary, another one that you apparently recommend, the latter only because you speak from a certain role. Thus, you don’t even need to focus on apparently attacking what you are actually encouraging to do , but you can focus on praising the qualities and advantages of the other option, in a way that is not at all attractive to others.