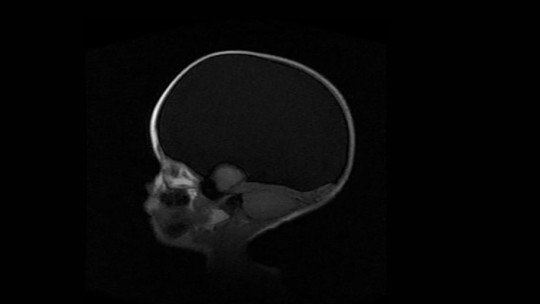 The development of our organism is somewhat complex. From the moment the sperm fertilizes the egg until we are born, multiple processes take place that generate our organs and body systems. The nervous system is one of the first to appear , together with the heart, and it will develop both during pregnancy and throughout life.

However, sometimes during pregnancy different problems occur that can cause our brain formation to fail. One of the many alterations that can occur is hydroencephalus, which we will discuss in this article .

Hydranencephaly is a type of congenital malformation consisting of the absence of practically the entire brain , specifically the cerebral cortex, the space generally occupied by this being replaced by cerebrospinal fluid. Despite this, the shape of the subject’s head may be normal, with the cavities and meninges surrounding the skull preserved. The cerebellum and the brain stem are usually correctly formed and functional, with basic vital functions such as breathing and heart and respiratory rhythm. Other subcortical structures may also be preserved.

The absence of a brain is due to the appearance of some kind of destructive process during pregnancy, from the twelfth week onwards. This will have in most cases severe repercussions, these children not being able to carry out the basic functions that such a structure would perform.

Although it may seem surprising due to the total or almost total absence of cerebral cortex, initially some of the children who are born with this problem may present a behavior and way of interacting with the appropriate world, being able to feed correctly and not being diagnosed immediately. But generally, the existence of different alterations is observed such as convulsions, paralysis or sensory alterations such as blindness or deafness . They may present absence or slowing of growth, hypotonia or high irritability. The presence of some degree of mental and physical disability is to be expected, requiring and depending on external care.

In most cases, the prognosis of children with this disorder is very negative, with most of those who suffer from it dying before one year of age. But there are also numerous cases in which, despite their condition, they manage to survive and even overcome adolescence and reach adulthood.

It is important to note, as these are diagnoses that can be confused, that hydrotranencephalus and hydrocephalus are not the same thing . Both disorders are similar in that there are large pockets of cerebrospinal fluid in the brain that occupy a large part of the skull, but while in hydrocephalus the excess fluid pushes on the brain tissue and at least part of the brain tissue can be seen to be irrigated, in hydroencephalus there is no such tissue directly.

Both disorders can be related, but it should be noted that hydroencephalus cannot be a consequence of hydrocephalus. What is possible is that a hydroencephalus ends up causing a hydrocephalus: the fluid that occupies the place of the brain can accumulate before the production of more cerebrospinal fluid, causing an increase in intracranial pressure and/or the protrusion of the skull.

Hydrocephalus is a congenital malformation whose causes can be multiple. Generally, it is due, as we have said before, to a destructive process that affects the brain tissue during gestation . This destruction can be caused by different elements, the most frequent being the existence of heart attacks or strokes caused by the rupture of the internal carotid artery.

Other causes besides strokes can be found in infection by different types of viruses or intoxication resulting from the mother’s use of alcohol or drugs during fetal development. Finally, may be generated by diseases and genetic disorders .

Hydranencephaly, as a congenital condition, currently has no curative treatment. This does not mean that no type of therapy can be used, although will tend to be palliative and aimed at improving the patient’s quality of life . It is not uncommon for some type of drainage or derivation of the cerebrospinal fluid to be carried out to avoid possible hydrocephalus and concomitant disorders.

The treatment with the parents and the environment of the child is also of great importance, requiring psycho-education and counselling in view of the difficult situation that this disorder represents, as well as the risks that the baby will face. Attendance at support groups can also be very useful, as well as psychotherapy in order to combat beliefs, fears and emotional disorders generated by the diagnosis (in some cases the child may experience disorders such as depression).

In cases where there is survival, the baby will need different supports and aids. The use of physical therapy, speech therapy, training in basic life skills, special education and other professional care may be required.