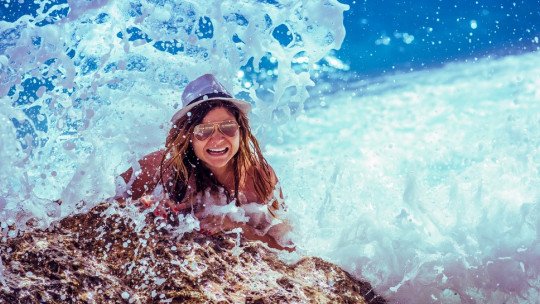 Hypomania is a state of mind characterized by an excitement or euphoria that occurs in a milder form than in mania. In other words, it is the mild case of mania, which does not usually seriously affect a person’s functioning.

Starting by explaining what “mania” is, in this article we’ll see how hypomania is defined and in what circumstances it can occur.

The word mania comes from the ancient Greek; it means “frenzy” or “exalted, angry state. We use it in both colloquial and specialized language to refer to different situations related to the latter. For example, to talk about a fixed preoccupation for something; a strange habit; an aversion that a person feels towards another; or also to talk about a clinical criterion of psychopathology characterized by a state of exaltation.

On the other hand, the prefix “hiccup”, which is derived from the Greek “hypo”, means “below”. In this sense, and in the context of psychopathology, hypomania is defined as a state of exaltation which is characterized by a decreased need for sleep, a high level of energy, acceleration of the metabolism, hyperactivity and/or irritability and increased psychomotor activity.

The difference between “mania” and “hypomania” (and the reason for adding the prefix “hiccups”), is that the former does not significantly impact a person’s functionality and furthermore, it does not include psychotic symptoms. In this sense, hypomania can also be defined as a type of mania but less extreme .

The Diagnostic and Statistical Manual of Mental Disorders in its fifth version (DSM-V), includes “increased energy or goal-oriented activity in relation to the subject’s usual”, as a clinical criterion for detecting hypomania.

The World Health Organization’s International Classification of Diseases also includes increased energy as a diagnostic criterion. The latter together with the elevation of mood .

Also, if someone has had manifestations of hypomania, but not enough to diagnose it, or not long enough to consider it a disorder, it may be a “hypomanic episode.

This is included in the category of “Other specific bipolar disorders and related conditions” in the DSM-V.

A hypomanic episode is not in itself a clinical category or disorder , but one of the manifestations of others. Specifically, it occurs in the condition known as bipolar disorder type II.

The hypomanic episode is characterised by a mood that is usually not severe enough to cause the person clinically significant discomfort (that which prevents him/her from effectively carrying out his/her daily activities and responsibilities). For example, the hypomanic episode does not prevent the person from working; in any case the opposite is true: the person does not need to take time off.

It is also an episode that does not require hospitalization and does not present symptoms of psychosis. The above (clinically significant discomfort, need for hospitalization or psychotic symptoms) are characteristics of a manic episode, and usually occur in bipolar disorder type I. Hypomanic episodes may also occur in cyclothymia or cyclothymic disorder.

Usually the episode of hypomania lasts all day and for at least 4 days . In the latter, a different mood from that of habitual depression can be distinguished and it includes some symptoms of mania.

This may even be functional or adaptive for some people, as the increased energy also enhances creativity, confidence and self-assurance. In other people, hypomania may manifest itself more as irritability and easy distraction .

The main symptoms of the hypomanic episode are the following:

For diagnosis and treatment it must be ruled out that the above symptoms are caused by the effects of a substance (such as drugs or medication), or by a general medical condition (e.g. hyperthyroidism). Many times, people with hypomanic episodes are diagnosed with bipolar disorder type II , which requires a more specific approach.

On other occasions, it may be presented as an effect of taking antidepressants, in which case it also requires a certain approach and control, which does not require a diagnosis of bipolarity.