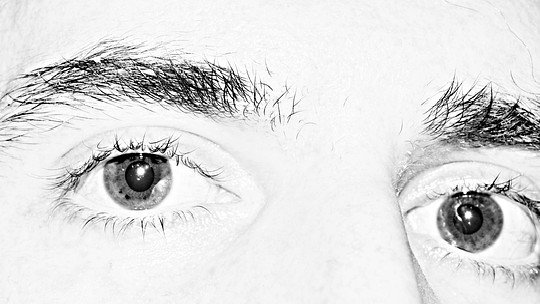 Family life can be a great source of conflict that, if not properly managed, can become a ball that gets bigger over time.

The reasons for this tendency to intensify certain conflicts have to do with many factors: the daily treatment (which makes it difficult to take a few days off to better empathize with the other during the reunion), the importance of parental roles and the seriousness of the negligence in the care and education of the children, etc.

Therefore, sometimes many patients attending therapy show a high degree of anger and resentment against one of the parents , or both. Phrases like “I hate my father” are relatively frequent in this area.

Possible reasons for parental hatred and how to deal with it

Now, what do you do when conflicts of this kind become very intense and seem to be chronic?

There are many possible causes for the birth of this feeling of hate, and so here I will focus on some of the most common ones that have to do with the role of parents in Western cultures.

In some cases in family history, traumatic events occur for which someone is blamed, even though doing so is a simplification. It is a way to have a target on which to unload the frustration .

The figure of the father, who has traditionally been associated with the role of protector of the family, is often the target of these recriminations. To solve these situations, it is necessary to restructure the thought patterns and beliefs about what happened in a more realistic way, with more nuances and details.

2. If it is for a history of abuse

In some cases the accumulated resentment against the father is due to a history of sexual abuse by the father.

These may be recent or have been committed in the distant past, but in both cases the solution must involve the opening of a judicial channel to clarify whether or not these abuses were actually committed. During the process, the person must remain isolated from the influence of the parent, because of the possible physical or psychological damage that this could do to him, as well as to avoid manipulation based on emotional blackmail. Due to the physical constitution of the males, the capacity of the parents to use physical coercion is greater, so it is necessary to take security measures.

Any possibility of possible reconciliation between the parent and the child must be subject to a clear and sufficiently proven reintegration by the former, in the long term.

3. If it is due to parental negligence

Parental neglect, understood as the abandonment of children and the refusal to carry out the tasks of care and education that should be carried out by the caregivers on a mandatory basis, is a form of child abuse that usually leaves its mark on people’s behaviour when they become adults. Among these traces is frequently the feeling of hate .

In these cases, reconciliation is usually difficult, since parents who have neglected the care of their children and the establishment of emotional ties with them during their childhood tend not to feel more attached to them as adults, which makes separation an effective strategy for not having to be thinking repeatedly about all those things related to the parents.

In cases where the latter are repentant and want to start a healthy relationship with their children, the help of psychotherapeutic assistance is usually a requirement.

4. If due to communication failure

Defects in communication are a source of problems and conflicts not only between parents and children , but also in the relationship of all members of a family in general. The adoption of very delimited family roles and the creation of taboo subjects can lead to an oppressive atmosphere within the family in which people cannot express themselves honestly, which is usually associated with the appearance of a state of continuous self-monitoring and, therefore, of stress, which can be a source of explosions of anger and rage.

In these cases it is also advisable to attend forms of psychotherapy in which several members are worked on at the same time, in order to get communication flowing.