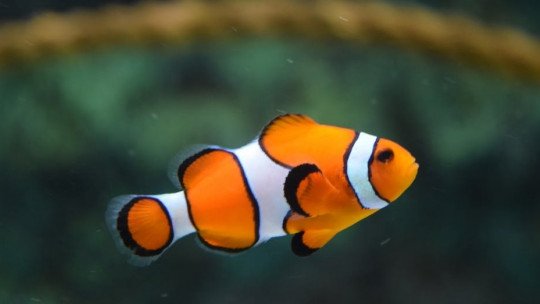 The fear of certain animals is an adaptive and relatively normal fear, as long as it is proportionate and in harmony with the real danger of the animal in question. However, when this fear dominates us and conditions our behavior we can talk about phobias.

One of these phobias related to marine fauna is ichthyophobia . In this article we will see what this disorder is, as well as its causes, symptoms and possible treatments.

In ichthyophobia, the person experiences an exaggerated fear of any fish, regardless of its dangerousness or size. Those who suffer from this condition usually manifest a great repulsion towards everything related to fish , including fish as food.

As with most phobias, ichthyophobia can be slightly different in each person who experiences it, due to the individual variability in thought patterns associated with fish.

Unlike the animus that each person may feel when encountering some type of fish in natural circumstances, such as swimming at the beach, in ichthyophobia the person is able to recognize that the animal does not have to represent a threat. However, despite this, the patient is completely unable to resist the great fear it causes.

In either case, when the phobic stimulus appears, the person with ichthyophobia will experience a series of emotions and physical manifestations that are characteristic of an extremely high state of anxiety .

Symptoms of this phobia

Since ichthyophobia is a condition specific to anxiety disorders, it shares a large number of symptoms with other specific phobias. This symptomatology includes three major sets of symptoms: physical, cognitive and behavioral.

It is necessary to specify that, although most people experience the same symptoms, both the intensity of the symptoms of ichthyophobia and their incidence can vary from person to person.

The appearance or coincidence of the person with the phobic stimulus, in this case fish, triggers a hyperactivity of the autonomic nervous system, which generates an immense amount of changes and alterations in the organism. Within these changes we find:

The reactive fear and anxiety reactions to the appearance of the feared stimulus are due to a previous association of this stimulus with irrational ideas and beliefs. These altered ideas of reality stimulate the development of phobia, and they are characterized by the person’s holding a series of unfounded or unsubstantiated thoughts about fish and their attributes and qualities.

These thoughts can be reflected in the following way:

Like any phobia or specific anxiety disorder, ichthyophobia is accompanied by a series of symptoms or behavioural manifestations that originate in response to the appearance of the aversive stimulus .

The aim of these behaviours is either to directly avoid the feared situation, or to escape after the appearance of such a stimulus or situation. These behaviors are known as escape or avoidance behaviors.

Avoidance behaviors are executed with the intention of avoiding the encounter with any type of fish. In them, the person carries out all kinds of behaviors to avoid the possibility of encountering the stimulus that is the object of the phobia. In this way, the aim is to avoid experiencing the feelings of anguish and anxiety generated by these animals.

Some behaviours that serve us as examples are those of avoiding bathing in rivers, lakes or beaches ; as well as in any context or medium in which any kind of fish could appear.

On the other hand, escape behaviors appear when the person has not been able to avoid encountering the phobic stimulus, so he will carry out all kinds of behaviors that allow him to escape from the current situation as soon and quickly as possible.

Like many other phobias, it is virtually impossible to determine with total accuracy what is the origin or cause of this irrational fear. However, just as ichthyophobia shares symptoms with other anxiety disorders , they also share the same basis or foundation.

A person with a genetic predisposition, which conditions her neurobiologically to suffer more from the psychological effects of stress, and who has also faced a highly traumatic or emotionally charged experience at some point in her life, in which aversive stimuli have played an important role, will be much more likely to develop any kind of phobia.

Both ichthyophobia and any anxiety disorder are usually acquired after a person has had an unpleasant experience with the phobic stimulus or thought of it. In most cases these phobias are developed during childhood, since children are much more susceptible to any stressful event.

Some events that can trigger this excessive fear of fish can be attacks, stings or bites while the person was bathing; or after reading certain information about some fish or watching certain movies, documentaries or television programs.

Although ichthyophobia is often not disabling, i.e. does not usually interfere with the patient’s life except in rare cases, proper diagnosis and treatment can reduce or even eliminate the stress response associated with the stimulus.

Due to its high effectiveness in these cases, the intervention through cognitive-behavioral psychotherapy is the most used when treating a phobia. However, there are a large number of interventions and therapies that, if carried out correctly and always by an expert, can also offer satisfactory results.

This type of treatment combines techniques of live exposure or systematic desensitization with training in relaxation techniques and cognitive restructuring. In this way, the person can come to dominate their phobic fear and carry out all types of activities without fearing the appearance of these animals.