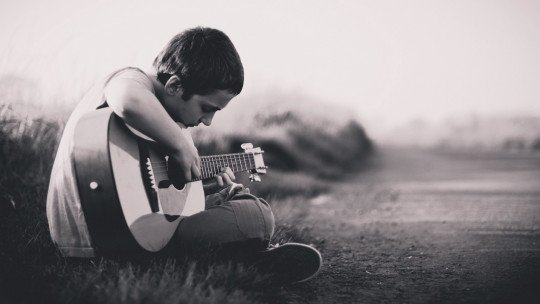 We are connected to new technologies all day long. For example, when we are woken up by the mobile phone alarm in the morning and we already have our smartphone in hand, or when we get home from work and go straight to the computer or tablet to connect to social networks.

New technologies have revolutionized our daily lives and, although we do not realize it, have also changed our brains .

In an interview published in the newspaper La Vanguardia, David Bueno i Torrens , author of the book “Cerebroflexia”, states: “New technologies mean that people have fewer connections in the memory management area of the brain because part of this function has been externalised to digital devices: few people remember their friends’ telephone numbers any more”.

But can it be that new technologies make us more or less intelligent? Recent studies state that if we want intelligent children we have to be careful with the use of new technologies. Furthermore, it seems that the key to developing a child’s intelligence is music (specifically, playing instruments).

The family environment and the attitude of the parents are decisive in the intellectual development and school performance of their children. If we talk about this last aspect, that is, school performance, Frances Glascoe , professor of pediatrics at the Vanderbilt University in Berlin, explains that “it has been proven that children who grow up in homes where conversation, reading and music are present tend to have higher IQs and get better grades at school”.

Therefore, those parents who usually leave their children watching television or playing video games should know that this may affect their future academic performance, since those children who interact frequently with their parents and even the rest of the family achieve greater development of intelligence .

Psychologists and educators have been alerting parents to the harmful effects of technological devices (including television) on children in the home for decades. Álvaro Bilbao , author of the book “El cerebro del niño explicado a los padres”, warns: “The key to the development of a child’s brain is in his relationship with his parents. Genetics may have an important weight, but without the family environment the potential development of the brain will not be realized”.

It is true that these technological devices used in an appropriate way can be positive, but it is common for many parents, in order to have a moment of peace, to leave their children watching TV or connected to the Ipad without any kind of control. It is necessary to be careful with this, since research published in Archives of Pediatrics & Adolescent Medicine , and carried out by the University Sainte Justine of Quebec and the University of Michigan, shows that children who at the age of 2, 3 and 4 spend more hours in front of the television have greater problems in school . For example, they have a 6 percent drop in math achievement.

Brain Training games do not make us smarter

In recent years, games or brain training programs have become very fashionable with the aim of stimulating cognitive development. The truth is that their validity in improving the performance of cognitive functions is more than questioned. The belief that children can become more intelligent through this type of games or programs was started by Swedish researcher Torkel Kliemberg , who stated that, with their use, children not only improved their memory after weeks of playing, but also their intellectual capacity in general . Some studies have shown that this belief was not true. Recently a meta-analysis of 23 investigations indicates that these video games or programs can lead to improvements in short-term memory, but not to other areas, such as improving numerical computation. The same result was obtained in research from the University of Cambridge, in which its researchers found that apart from an increase in short-term memory, there was no improvement in other skills such as math, reading or writing

Another investigation, this time carried out by a team of psychologists from Georgia Tech to see if there was any improvement in IQ, also did not detect any improvement in the intelligence of the subjects of the study . Therefore, it is possible to conclude that Brain Training games do not make us smarter.

Science states that learning to play an instrument makes us smarter

But how can we stimulate our children’s intelligence? Can music have a positive influence on the intellectual development of the youngest? It seems that it can. At least that’s what several studies claim. Many people play instruments and perform in bands as a hobby. If these results are true, besides having fun, these individuals could be more advanced in the development of their intelligence . According to several studies, exposing a child to playing instruments at an early age can have a positive impact on his IQ, his reading level and his brain development. In addition, adults who learn to play instruments also benefit from this practice: greater concentration, increased brain activity and greater pleasure and well-being.

To test this hypothesis, a team of researchers from the University of Toronto (Canada) conducted a study with 6-year-olds. Some of them were given piano and voice lessons at random. The others did not receive any training. The study showed that learning to play an instrument can increase math skills and overall IQ. So, if you are a parent, instead of leaving your child in front of the computer, sign him/her up for guitar or piano lessons . In this way you will be stimulating his intelligence and creativity.