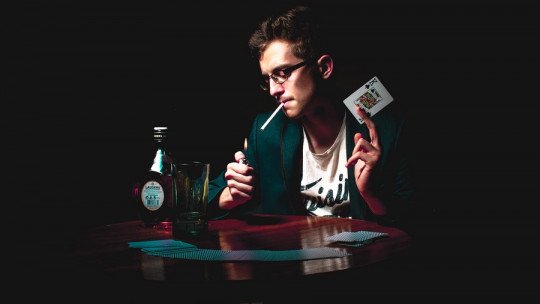 Cognitive biases are deviations from “normal” mental processing that make us think irrationally in certain situations, creating a distortion of the causes and consequences of a situation.

A cognitive bias is a psychological effect that produces a deviation in mental processing, leading to distortion, inaccurate judgment, illogical interpretation, or what we generally call “irrationality”.

This irrationality appears on the basis of the interpretation of the available information , even if this leads to illogical conclusions or the data are unrelated.

The illusion of control bias: characteristics

The illusion of control, or illusion of control bias, was defined by psychologist Ellen Langer in 1975. It is the erroneous belief that one can perform some kind of action, or that one has strategies to control the occurrence of events that are actually produced by chance. That is, the result of such events is actually independent of any variable present in the event conditions.

Thus, in broad terms we can speak of the illusion of control bias as the tendency of people to believe that they can control, or at least influence, the results in which they have no influence . More specifically, this bias has been found in the pathological game, as we will see later on.

Pathological gambling, commonly called pathological gambling , is considered a mental disorder, according to the DSM-5, which classifies it among the non-substance related addictive disorders, because it shares many characteristics with drug addictions (abstinence, dependence and tolerance syndrome).

The term addiction is defined as “the loss of control, with intense urge to seek and receive a drug, even if it produces adverse consequences”.

In pathological play, the individual feels an irrepressible need to play , which ends up having negative repercussions on his daily life and his functioning on a personal, social, family and academic or work level. Many of the players end up getting into debt to themselves and their families, as well as losing money and property. They also become liars to hide their addiction and financial losses.

The bias of the illusion of control appears very often in pathological play. Especially, it appears in those conditions that the player himself can control, and he ends up thinking that he “has control over the situation, that he can make more money if he puts his mind to it”, as if this depended on him, when in fact it does not, since everything is random or commonly called a result of “luck”.

Thus, the bias of the illusion of control is one of the most characteristic beliefs of these players.

Illusion of control in pathological play

The illusion of control bias favours the player to keep playing despite the damage this is causing; this occurs because the player “believes he can control chance” and therefore the results, even if not always consciously.

In addition, players have more superstitious thoughts about gambling than non-players, such biases and heuristics are not due to pathologies of thought, but can appear in any person subject to certain conditions (such as those that appear in gambling).

Authors such as Chóliz, M. (2006) have argued that certain conditions of the game (e.g., active involvement in a task), favour the belief that one can have control over the outcome , even when faced with random events (such as gambling). This hypothesis was confirmed by studies in the field.

Thus, as we have seen, the bias of the illusion of control favors the maintenance of pathological play in the player. But in addition to this bias, there are different reasons why a person maintains the behavior of playing: for example, the fact of forgetting the problems (evasion), of obtaining profits or of compensating the absence of the social relations.

All this causes a loss of control in the player, which in turn generates anxiety and depression . These states can lead to the person ending up putting their life and functioning at risk, due to suicidal thoughts and behaviour in the phase of desperation and hopelessness, which appears in advanced stages of pathological gambling.

Langer (1975) proposed a series of hypotheses to explain why the illusion of control bias appears. In his main hypothesis, he argues that this phenomenon occurs when elements typical of situations that can be controlled are included in chance situations .

In various experimental studies Langer’s hypothesis has been tested and proven, both in laboratory situations and in natural situations. These elements that influence the emergence of the bias are

It follows from Langer’s hypothesis that players will be more confident of winning if they can choose the numbers in a lottery than if they do not choose them, for example, since this involves a choice.

Players will be more confident of winning if they can play a familiar lottery (vs. a new one).

On the other hand, the player will have more illusion of control if he plays against an opponent who is unsure of himself than against a confident one.

Finally, if the player, for example, can roll the dice himself instead of someone else (active participation), this will also encourage the bias of the illusion of control. On the other hand, it will also increase the bias if he spends more time concentrating on the game (passive participation).