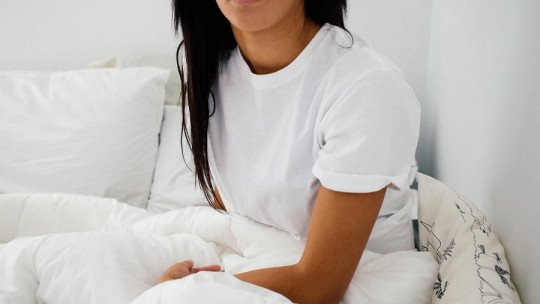 The fact of sleeping is usually linked to satisfaction , being synonymous with rest and recovery, both physical and mental. Likewise, most people know how unpleasant it is not to get enough sleep.

Sleep is a basic human need, which if not satisfied can have consequences on health and even in case of complete absence for a long enough time, death. Sleeping difficulties are very annoying for most human beings and some people may become restless in the face of such difficulty. It is not uncommon for thoughts such as “Is something wrong with me”, “Why am I having such a hard time falling asleep”, “I’m not sleepy, should I be worried” to appear in your mind. .

In order to try to answer some of these questions, in this article we will try to reflect on why lack of sleep appears, what problems it can cause and how to treat it.

Difficulties in getting enough rest

“I’m not sleepy” is an expression that we usually use and that usually refers to the fact that our organism remains in such a state of activity that it makes us not feel like sleeping , or that despite the fact that these exist we are not able to reconcile them. Although this lack of sleep does not necessarily have to be pathological, it is generally associated with the existence of insomnia, which is defined as the inability to initiate or maintain sleep or the fact that this is not reparative for at least three nights a week for at least three months.

Sleeping less than we need (estimated at about seven or eight hours a day in adults) has relevant effects for us.

Generally, not being sleepy at the time that it would occur will effectively cause us to sleep less, something that will make our body and brain unable to repair itself completely, have problems finishing development, have difficulty reorganizing and storing the information acquired during the day and will not be able to restore the energy levels of the organism .

Ultimately it can cause problems such as daytime tiredness and fatigue, a weakening of the immune system that makes us more vulnerable to infection, physical and/or mental slowing, a decline in attention span, judgment and reasoning, and an irritable or depressed mood. It also increases the possibility of suffering from diabetes and cardiovascular disease , and in the long run it can decrease cognitive capacity and even life expectancy.

There are many possible reasons why a person may become sleepless or have difficulty sleeping, and it is usually a multifactorial phenomenon. Among the multiple causal agents that may be involved or directly cause sleep problems are the following.

1. People with little need for sleep

Each and every one of us is unique and has a different configuration, with people having naturally less sleep than others. This does not mean that they have insomnia : they do not have problems in catching or maintaining sleep nor does the difference in sleeping hours compared to others generate any symptoms.

However, this implies that there is no sudden change in the ability to sleep, but that sleep remains generally stable (beyond the changes of age).

Probably one of the most common causes of most sleeping difficulties is worry, stress or anxiety.

The nervousness generated by certain types of thoughts or situations that we are going to have to face or with which we could find ourselves can generate that the body and the mind remain active and great difficulties are presented to fall asleep, appearing insomnia.

3. No association of the bed as a specific place to sleep

Many people have trouble sleeping because they are unable to associate sleep with the specific place they use for it: the bed. This may be due to the fact that they use it in a general way to work or study while lying in it, have fun or perform various activities besides sleeping or having sex. Thus, as a bed is not associated with rest, our mind wanders and remains active , something that makes us not sleepy when the time comes.

Everyone knows that regular exercise helps you sleep better. However, this effect only occurs if the exercise is not done just before sleep, since physical activity can increase the activation of the body and generate problems to fall asleep. This is why it is not advisable to do physical exercise shortly before going to sleep, since the body may have problems detecting that it is time to sleep in the face of physical activation and the synthesis of neurotransmitters that this causes .

Another common cause of lack of sleep occurs in people who have bipolarity , specifically when they are in a manic or hypomanic phase. In this state, although they end up falling asleep, they usually perceive less need for sleep and remain awake for much longer.

6. Use of certain drugs

Many medications have as a side effect some kind of sleep disturbance. While these effects usually involve more sleepiness or sedation, other drugs can cause sleep difficulties. Especially relevant are those that affect the functionality of the autonomic nervous system, such as some psychopharmaceuticals, antihistamines or corticoids .

7. Effects of substance use

In addition to the above, another possibility for lack of sleep can be found in the effects of substance use, being secondary to its consumption.

In these cases, lack of sleep is generally associated with phases of intoxication by psychostimulant substances such as cocaine or amphetamines, or with abstinence from or tolerance of depressive substances such as heroin or opium. Alcohol can also cause insomnia and sleeping difficulties after the first few hours after use.

Also, drinking coffee, tea, soft drinks or chocolate can have activating effects that make it difficult to sleep.

The absence of sleep can be caused by damage to different parts of the brain linked to wakefulness or to the fact of going to sleep. One of them would be the thalamus . Another is found in the descending reticular system, a part of the brain that inhibits wakefulness and attention to environmental stimuli and which allows us to sleep. Damage to these areas would cause severe difficulties in sleeping, or even the impossibility to do so. Excessive or even pathological activation of the amygdala can also cause such difficulties.

Another possible reason to stop being sleepy is to suffer from some kind of disease which secondarily leads to sleep disorders, including insomnia. Examples of this are people with pain-related diseases, or diseases of genetic origin.

Probably the clearest and most serious case is that of fatal family insomnia, a rare genetic disorder present in a few families that starts causing the patient to have only microsleeps and gradually causes the total cessation of sleep, something that ends up leading to death for the sufferer. However, this disease is extremely rare, so in the vast majority of cases there is no cause for alarm.

There is not always a real insomnia, but sometimes the problem may be more in the fact that our circadian rhythms are out of adjustment, and may conflict with our social and labour obligations and demands. This is why it is possible that nocturnal insomnia and daytime sleepiness may appear .

Treatment of sleep deprivation or sleep difficulties will depend greatly on the type of cause. In general, one of the basic steps will be to first assess where we consider this lack of sleep to come from, and if necessary carry out a polysomnography to check whether during sleep we enter into all phases of sleep or have some type of difficulty in a specific one.

At the level of therapy itself, at the psychological and behavioural level, it is common to carry out a sleep hygiene, analysing and using different guidelines through which to favour the existence of a quality sleep through our behaviour and our habits. Among them would be the regulation of food or sport schedules in relation to the time of going to sleep, the control of light and sound or using the bed only for sleeping or having sex. Also it may be useful to learn relaxation techniques, mindfulness or meditation .

If the cause is anxiety, the above therapies may be useful, along with training in managing anxiety, frustration and stress, cognitive restructuring or biofeedback. It is common that the fact of thinking and worrying about one’s own inability to fall asleep generates even greater difficulty in falling asleep, something that makes techniques that cut off the active search for sleep easier.

In addition, it may also be useful the occasional or temporary use of some type of psychotropic drug indicated by the doctor that contributes to facilitate sleep, being generally employed sedative-hypnotics such as zolpidem or benzodiazepines. If the cause is organic or derived from the consumption of drugs, the illness should be treated or the possibility of changing the treatment should be discussed with the doctor. For drugs, intoxication or withdrawal should be treated.