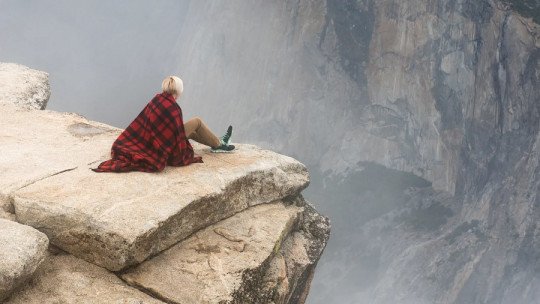 There are various psychological techniques for the treatment of phobias , although it is known that the most effective are the techniques that expose the subject to the phobic stimulus (exposure techniques).

Today we will know one of them, the implosive therapy , a technique of massive exhibition raised by Thomas Stampfl in 1961.

Exposure techniques are used to treat mainly fears and phobias . They consist of exposing the subject to the object or phobic situation, so that he gets used to the anxiety (that he learns to tolerate) that he feels when exposed to it.

The goal is to learn that no damage exists and that therefore the stimulus is not dangerous .

For example, it would be exposing a person to darkness and understanding that it is not dangerous, or exposing a dog-phobic person to one and seeing that it does not bite.

However, in most phobias, the person knows that the fear is irrational, and that the phobic stimulus (or situation) is not really dangerous; however, the person is unable to eliminate the phobia spontaneously if he or she is not exposed to it and understands this “non-association”.

Let’s look at the first step of exposure techniques.

To apply an exposure technique, a hierarchy of stimuli must first be designed according to the level of anxiety they produce .

Then the patient should be exposed to the items that produce the least anxiety first, and move up the scale of items (from least to most anxiety). The hierarchy will be worked out by the patient together with the therapist.

Unlike systematic desensitization techniques (where the patient applies an incompatible response to anxiety, such as relaxation, when exposed to the phobic stimulus), in exposure the exposure to the stimuli is less gradual (the hierarchy is more abrupt).

Within the exhibition techniques, we find different types according to the type of exhibition (live exhibition, symbolic, through virtual reality…).

On the other hand, implosive therapy is within the modality of massive exposure, where the therapeutic sessions are 1 or 2 hours a day during 7 consecutive days . In this sense, mass exposure techniques are more effective than spaced-out exposure techniques (for example with sessions 1 or 2 days a week).

On the other hand, the hierarchy of stimulus presentation is less gradual than in the flood, i.e. one passes more easily from a less aversive stimulus to a more aversive one , the change is more abrupt.

Similar to the previous one, but with the differences mentioned, is the flood therapy, created by Baum in 1968. As we have seen, here the theoretical bases are focused on experimental psychology, and the exposure to the stimuli can be both live and in imagination . Escape responses may or may not occur during exposure, and the content of the stimuli is realistic.

Both implosive and flood therapy can use the hierarchical presentation of stimuli, but this is less demanding and graduated than in the more abrupt systematic desensitization (SD).

When a subject is exposed to a phobic situation by means of implosive therapy and he continues to present anxiety at the time of its application, the phobic stimulus must be maintained . If the phobia is excessive, then escape to a calm situation will be allowed (only in the case of flooding).

In the case of implosion, the presentation of the stimulus will continue until the anxiety is reduced, and in the next session it will begin with a previous item in the hierarchy, since the last one will not be considered to be overcome.

Variants and their level of effectiveness

Depending on the characteristics of the exposure technique we are going to use, there are differences in the degree of effectiveness . Let’s see them:

As we have seen, in implosive therapy the phobic stimuli will always be presented in imagination. However, it should be noted that the maximum effectiveness of the exposure techniques are those that present the stimulus live (in a real way).

It is known that maximum effectiveness is given when the gradient or intensity of exposure to the stimuli is as abrupt as the patient can tolerate ; in this case, implosive therapy would be a good therapeutic option to eliminate phobias, especially if they are to be eliminated quickly.

In any case, a gradual intensity will also be effective, although if it is abrupt it will offer faster results (but it doesn’t have to be more effective; that will depend on the type of patient).

In implosive therapy the sessions last between 1 and 2 hours. It is known that the effectiveness is maximum when the duration is as long as necessary to facilitate the room (between 30 and 120 minutes). Therefore, in this sense this technique will be one of the most effective.

However, it should be noted that applying overexposure from the moment the fear does not disappear does not improve the results.