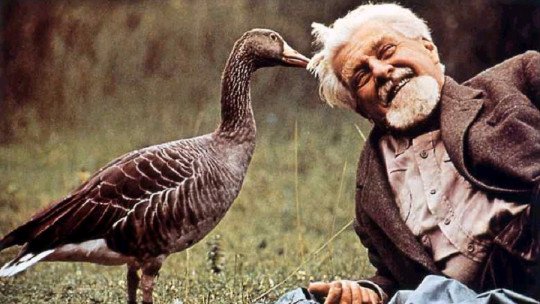 The term imprint refers to a way of acquiring learnings basic to the survival of a species. It is a phenomenon in which psychic, biological and social processes converge.

Although it is a concept that has emerged through biological studies, it has adapted significantly to psychology and has contributed different ways of understanding human development. Below we review what imprint learning is, what its background is and what applications it has in psychology today.

What is the imprint?

The word “imprint” can mean different things. It generally refers to a mark, imprint or reproduction of images on a relief. If we take from psychology and biology, the term “imprint” is used to describe a learning set in a specific period of development in which a human being or an animal has greater sensitivity to certain stimuli.

In other words, an imprint is a learning that we have acquired through the recognition of a certain stimulus, in a certain stage of development . The stimulus towards which our sensitivity is directed generally depends on the survival needs of the species.

For example, most imprinting involves learning to recognize parents or potential sexual partners. The study of this type of learning has developed significantly in ethology (the branch of biology that studies animal behavior in its own habitat), especially as observed in the behavior of birds.

Background: Konrad Lorenz and the family of geese

The pioneer in this type of study was the American doctor and zoologist Konrad Lorenz (1903-1989), considered one of the fathers of ethology. Lorenz studied the behavior of geese, and his knowledge has been applied to reproduce animal habitats where it has been possible for the youngest to acquire survival skills , even though they are raised in captivity.

In fact, he received the Nobel Prize in Physiology or Medicine in 1973 for having described the imprint, and it was given to him because the judges considered that his studies could bring significant knowledge to psychiatry. In other words, since the second half of the last century, the imprint has also been developed in the study of human behavior.

Types of imprints in the study of behavior

In both ethology and psychology, imprinting can occur in different ways and according to the characteristics of the species itself. Nevertheless, in general terms, two types of imprint are recognized , basic and necessary for the survival of any species: the filial imprint and the sexual imprint.

The concept of imprinting has often been applied in psychology’s theory of attachment, and has thus been related in important ways to filial relationships and how these are basic to survival.

The latter is known as a “filial imprint”, and it is an innate mechanism that is activated when a young animal recognizes the characteristics of its parents , specifically of the mother, who is usually the first being observed at birth.

The subsidiary imprint has been observed in both birds and reptiles, and later in other species. From this it has been suggested that the recognition and monitoring of the parents at an early age makes it possible for the young to move away and protect themselves from predators . It also facilitates the necessary learning to obtain the food, water and heat that the parents initially provide.

For this, it is necessary to consider how the senses are structured and how they are connected to cognitive processes. In this sense, neuroscience and cognitive sciences have had a particular interest in the study of imprinting.

For example, it has been used in an important way to explain the phenomenon of memory through visual impressions . Many of the theories about memory suggest that any experience or event strengthens and shapes particular pathways in the brain, which may correspond with much of the imprinting theory.

It is a process by which an animal learns to recognize the characteristics of a desirable sexual partner. One of its effects is, for example, the tendency of living beings to relate to the beings of the species in which they were raised ; those that have similar characteristics to those recognized by the filial imprint.

In the case of human beings, for example, we have studied the inverse effect of the sexual imprint when coexistence occurs in the same domestic space. This is one of the ways to explain why it often happens that siblings who have grown up together do not develop sexual attraction for each other; however, if they are raised separately, this could happen more easily.

The latter effect is known as the Westermarck Effect, after the anthropologist who developed it (Edvard Westermarck), and has been useful in analysing how inbreeding has been suppressed among different human societies.