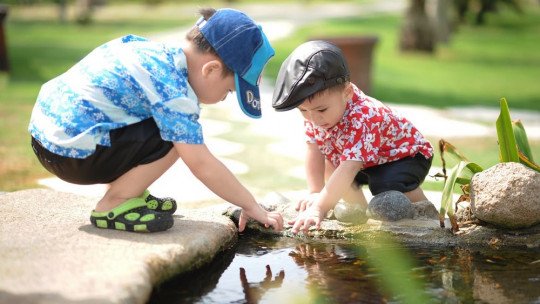 Psychomotricity is the discipline that studies the relationship between the psyche and the motor capacity of the human being.

Born throughout the twentieth century by authors such as neurologist Ernest Dupré or psychologist Henry Wallon, let’s see what this area of study really consists of and how interventions in the child population are carried out. Likewise, we will review other concepts related to Psychomotricity, such as the foundations of motor development and the definition of what is known as “body scheme”.

The discipline of psychomotor skills is based on theoretical premises about the way of understanding the different typologies of development in the human being. Regarding the perspective of psychological development , it is assumed that the subject is in continuous interaction with the environment in which he or she develops; from the point of view of motor development, it is stated that there is a relationship between the motor and psychological (cognitive, emotional, social) functions of each person; from the point of view of sensory development, it is understood that there is a link between the senses and the integral maturation of the individual.

Another fundamental theoretical principle is based on the recognition that the correct construction of the body schema favours the development of psycho-cognitive abilities . Furthermore, it is considered validated that the body is the key aspect of contact with external reality, which is produced thanks to the movement of the body.

On the other hand, it assumes as an inseparable element the motricity with respect to the behavior of the same individual, which interacts with the environment enabling the development of complex capacities. Finally, a last fundamental idea would give a decisive role to language in the process of psychic development of each subject.

Motor development consists of a continuous process that starts from the embryonic phase and does not stop until the individual reaches maturity, adopting very different rhythms depending on each subject but following the same sequence in all stages that compose it. One of the first samples that take place in it refers to the expression of innate reflexes that gradually disappear to be transformed later into voluntary and controlled movements of a different nature.

This is possible from the moment the myelinization process is carried out and completed and it is established in the layers of the cerebral cortex (which regulate these voluntary actions), so that each time the movement is refined and perfected in all its coordinated aspects.

Among the factors that determine motor development, three types can be distinguished: prenatal, perinatal and postnatal . Among the former, aspects such as maternal characteristics and habits (age, diet, presence of diseases, hereditary particularities, etc.) that may negatively affect the foetus during pregnancy are relevant. At the time of delivery, complications may occur during extraction, which may lead to episodes of anoxia or brain injury (perinatal factors).

As for the postnatal factors, they are multiple, although mainly the following are taken into account: the level of physical and neurological maturation , the nature of the stimulation and experiences to which it is subjected, the type of food, the environment, the types of care and hygiene, the existence of affective behaviours on the part of the significant figures, etc. As previously mentioned, physical development is very closely related to psychological, emotional, behavioural and social development, so the result obtained from the combination of all of them will be decisive for the child.

What is meant by body scheme?

The concept of body schema is defined as the knowledge that an individual possesses about his own body , which includes a full awareness of it both at rest and in movement, of the relationship that the set of elements that compose it maintain with each other and of the link of all this to the space or context that surrounds it (physical and social).In this way, both the emotional self-perception (state of mind or own attitudes) and the heteroperception that others maintain towards a subject are also relevant aspects in the configuration of the body scheme.

As equivalent expressions or alternative forms of naming the body schema, there are also binomials such as Body Image, Body Consciousness, Postural Scheme, Self Image or Body Self Image. Different authors such as Wallon, Le Boülch, Acaen and Ajuriaguerra or Frostig have made their own contributions to define the concept of the body schema, although unanimously all converge on the idea of the bidectional subject-environment influence (physical and social) and of the individual’s awareness of his own body.

With regard to the development of the body schema, it is assumed that it is as the child incorporates the set of learnings that will allow him/her a greater cognitive-affective-social competence of himself/herself and of the environment when the conformation of this body image of him/herself differentiated from that of others and of the context that surrounds him/her takes place. That is why it is said that in the first years of life the individual personality is structured and that from this point onwards it is possible to become aware of oneself in space and time with respect to everything that is alien to it.

More specifically, the evolution of the formation of the body schema begins in the first months of life at the level of reflex reactions, which are transformed into other more elaborate movements as the baby, in the second year of life, explores and gets to know the environment. This is facilitated by their growing capacity for autonomous movement.

From the age of three and until the end of childhood, changes occur at the cognitive level so that the child replaces the subjectivity of understanding the outside world with a more elaborate analytical-rational capacity. Finally, at approximately 12 years of age, the establishment and awareness of the body schema is completed.

Psychomotricity in the Infant Education stage

In the most recent decades, the Spanish educational system has been incorporating as relevant some contents of disciplines that had traditionally gone unnoticed (or simply had not been researched yet), as is the case of Psychomotricity.

Even so, there is still a long way to go before this interest becomes universal in all areas and society today. This is due to the historically established idea that the only learning that is relevant to teach is instrumental or productive, overlooking the fact that these are often influenced by other more expressive ones.

Thus, deficits in areas such as perceptive, cognitive, emotional organization, etc., which allow psychological balance and an adequate capacity to adapt to the changing environment, can lead to a result of school failure if not corrected in time. In the specific case of psychomotor skills, there is research that relates the existence of manifest learning difficulties such as dyslexia, dysgraphia, expressive language or arithmetic calculation disorders that are derived from problems in sensory integration or deficits in the visual or auditory (and body) perceptual organization of the individual.

In a more global way, the conformation of personality and intelligence also starts from an adequate structuring of the “I” differentiated from the “outside world”, which needs a correct assimilation of contents related to psychomotricity that make it possible. This is also comparable to the achievement of a satisfactory psycho-physiological development, since the coordination and correct execution of an individual’s physical movements is one of the purposes worked on in Psychomotricity.

The importance of global development in children

For all the above reasons, and by way of a summary, it could be said that the need to teach psychomotor content in the infant education stage lies in facilitating the achievement of a global and integral development of the child (physical -motor coordination-, affective, social, intellectual), in establishing one’s own identity, in promoting self-awareness, in encouraging the acquisition of school learning and in achieving satisfactory social relations (increasing linguistic competence), in acquiring sufficient competence in autonomy, self-efficacy, self-concept, etc., and in the development of affective and emotional capacities.