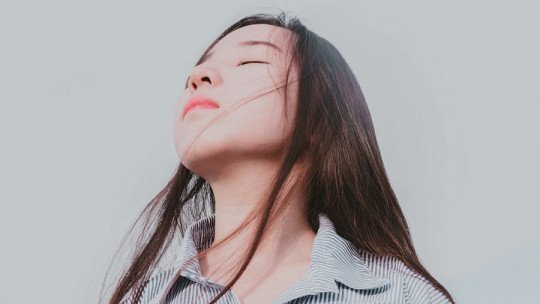 Despite the widespread belief that all progress in our lives depends on our turning outward to take on projects and initiatives, the truth is that looking inward is necessary for personal development.

Every human being is composed of thoughts and emotions that harbor an intimate nature , and whose discovery requires courage to immerse us behind the scenes of the theater of appearances.

Thus, introspection has been the object of study since the very birth of Psychology, as it has imposed itself as an inescapable method for access to the internal processes that govern affects and behavior.

In this article we will delimit the concept of introspection in Psychology , tracing a description of its historical path and the therapeutic utilities derived from its use.

The etymological breakdown of the term “introspection”, which comes from Latin, suggests an observation that moves away from the external course of events to focus on the way they are perceived, as well as on the subtle nuances of emotion that emerge as a result of this whole process. It implies a deliberate pause on the natural flow of what is happening outside, in order to strengthen the awareness of internal events that often go unnoticed.

As a method of analysis of the human fact , it is indivisible from the process through which Psychology emancipated itself from Philosophy, which is based on the attentive reflection of reality in order to subtract the truth that lies behind it. Thus, the first steps of this discipline were discussed by making their way in the inner darkness through the light of subjectivity. It was assumed, therefore, that the person constituted both the end and the method of his or her field of knowledge.

The arrival of the positive currents to science meant a huge turning point , assuming that natural and human disciplines had to accommodate the objectivity of physics or chemistry, if they were to conform a body of knowledge worthy of being incorporated into the scientific heritage. In this epistemological context, Psychology needed to retrace its steps and walk the path of the tangible.

In this same sense, the first half of the 20th century was dominated by behaviorism as an almost unique paradigm, focusing the object of study on the acts that human beings displayed in their natural environment. Manifest behaviour became the basic unit of knowledge , and all efforts were directed towards exploring those factors that promoted its initiation or maintenance, as well as the contingencies on the subject that could be derived from it.

After many decades of solid empiricism, the second half of the 20th century witnessed the birth of cognitive psychology. This claimed the relevance of thoughts and emotions as phenomena worthy of study, complementing with its inclusion the mechanistic equation proposed by the original behaviorism (and which is far from the current conceptions of this same line of thought).

In this historical context, introspection was again proposed as a resource for clinical work and research, articulating a succession of structured methodologies through which every individual could adopt the role of active observer of their own internal processes , capturing realities whose idiosyncrasies were not fully resolved under the cover of objective analysis of behavior.

The first uses of introspection as a method in the field of psychology took place in the city of Leipzig (in East Germany), and more specifically from the hand of Wilhelm Wundt and his laboratory of Experimental Psychology . The purpose of this author, at the end of the 19th century, was to study immediate experience (conscious internal processes of the human being in his reaction to the environment), as opposed to mediate experience (which would consist of the objective measurement of stimuli, dependent on physics).

In this sense, introspection was the only valid tool for the study of phenomena that depended on Psychology. Even so, this era was enriched with the use of the technologies of the time, through which the reaction time or the lexical association was evaluated and a certain control was imposed on the presentation of the experimental stimulus, including electrophysiological measures from which to infer (in the most objective way possible) the internal processes.

Another fundamental author, who used the introspective method from phenomenology, was Franz Brentano. He would be particularly interested in studying the thought of human beings, so he would opt for the analysis of the internal processes that are triggered when a problem is solved . According to Brentano, what would differentiate psychological phenomena from purely physical ones would be the intentionality of the former.

Like Wundt, I would separate Physics from Psychology by alluding to the nuance of human perception. Most of the activity of the phenomenological current would be carried out in the school of Wurzburg (Bavaria, Germany), specifically through the method of retrospective introspection. In this, the experimental subject had to remember a posteriori what processes of superior order he needed to solve a complex, highly structured and replicable situation.

Introspection continues to be an object of interest in modern psychology . Thus, there are therapeutic approaches that make use of it (directly or indirectly) as a method of evaluation and/or intervention; some examples are therapy based on mentalization, mindfulness and cognitive restructuring.

In the following, we will assess the use they make of introspection in each of these cases, considering that in some of them it is usually complemented by the use of other more objective methods of analysis.

Mentalization-based therapy is a psychodynamic procedure , which was originally conceived to address serious mental health problems, such as borderline personality disorder (BPD) or schizophrenia. Despite its extension in many areas of the world, it is not a strategy that has spread in Spanish-speaking countries, so the original manuals on the subject (published at the beginning of the century) have not been translated into this language.

Mind-Based Therapy involves emphasizing the importance of all internal processes in explaining behavior. The technique seeks to make the person interpret all the acts of others according to processes such as thinking and emotions, which allows predicting the reactions of others and attributing a lower burden of guilt to interpersonal situations in which a grievance can be perceived.

The model understands that, in order to control the symptomatology associated with these disorders; the person must strengthen the awareness of his or her self (or self) to identify, manage and express affects in a more appropriate way; since it is possible that the metacognition of these affects may be diluted in moments of high relational tension. It implies, therefore, a self-awareness aimed at understanding what happens inside in order to improve what happens outside.

The original authors of this procedure (Bateman and Fonagy) locate the internal difficulties of these patients in the development of an insecure attachment during childhood, which would make the acquisition of basic skills for emotion and behavior management difficult. Despite this, they consider that they can develop in adult life through a deliberate and intentional effort, aimed at understanding the springs of experience.

Mindfulness is a form of meditation that comes from the Buddhist traditions . It was stripped of its religious overtones in order to adapt it to the Western context, initially as a therapy for pain control (formulated by Jon Kabat-Zinn). Today, however, it has many different therapeutic applications.

Among its premises, it stands out the full attention not only to the situations that involve us, but also to the internal processes themselves. In this sense, it deliberately seeks what has come to be known as the “witness mind”, through which a deep awareness of the internal discourse is assumed in a way that the individual detaches himself from any attempt to identify with it. Thus, the person would not be an emotion or a thought, but rather a being who is aware that he thinks and is moved .

Cognitive restructuring pursues a number of objectives that involve the use of introspection.

Firstly, it aims to make the patient understand the key role of what he thinks about what he feels and does. Secondly, it seeks the detection of maladaptive patterns and cognitive distortions associated with the experience of discomfort . Finally, it pursues the implementation of a critical attitude aimed at modifying thought to a more objective and rational one.

The development of this whole process implies the use of paper-based self-registrations, with spaces reserved for the relevant variables (situation, thought, emotion and behaviour), and which are filled in after an event that triggers the emotional distress (sadness, fear, etc.). This is a form of retrospective introspection, through which the level of awareness of internal processes subject to a high degree of automation increases.

The practice of cognitive restructuring strategies favours the ideal context for self-knowledge , as well as for the discovery of the causes of our discomfort, beyond the situations we have to live with. It therefore implies an approach to the domain of the cognitive, a form of introspection that allows us to acquire control of our emotional life through the process of interpreting the things that happen to us.