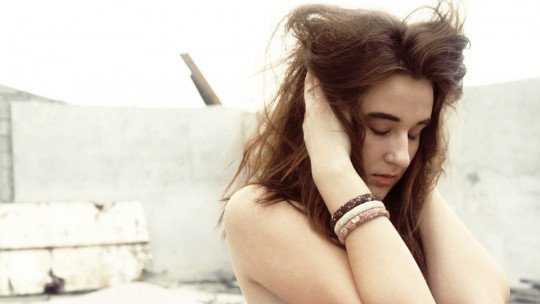 The human being is a social being who communicates with his environment and with his fellow human beings, largely using oral language to do so. We speak to communicate and express more or less abstract ideas and concepts, and we hear and listen to those of others.

However, some people report hearing voices that do not correspond to a real stimulus . In this context… What is happening with these people? Is it normal to hear voices? In this article we are going to specify some cases in which the auditory perception of a voice appears.

The perception of elements in the absence of stimuli that provoke them is what we know as hallucination . In them, the person who suffers them perceives as true a stimulus that does not exist in reality, this being their own elaboration. Hallucinations can appear in any sensory modality, including hearing.

The fact of hearing voices, if they do not come from a real stimulus, is therefore a hallucinatory phenomenon. In fact it is the most common type of hallucination , especially in certain mental disorders. The voices in question may externally reflect the contents of one’s own thought, give orders, criticize the sufferer in the second person or make comments in the third person. It is even possible to perceive more than one and for these to establish conversations among themselves, although this is not usually the case.

It should be noted that the perception of voices can be experienced in different ways. For some people it can be a rewarding, positive and even mystical experience, especially when its content is not aversive. On the contrary, for other people it causes them great suffering, being critical, ridiculous and threatening voices that can even lead them to do concrete acts.

Schizophrenia and Other Psychotic Disorders

The first thing most people think of when they say they hear voices is the word schizophrenia, or that they are suffering from a psychotic break. The link of schizophrenia with the fact of hearing voices is due to the fact that the presence of hallucinations (especially auditory) is one of the predominant symptoms, especially of the paranoid subtype.

In schizophrenia, voices can be manipulative and frightening and command the subject to do things that they don’t want to do. It is frequent that in this disorder the content of the voices is threatening or critical and that they speak of the subject himself or of the environment, as well as they can provoke the interpretation of reality in a different way to the usual one generating delusions (for example, a person who constantly hears that he is being persecuted or wants to see him dead can end up interpreting situations according to this idea).

But it’s not just voices that are heard in schizophrenia. In fact, auditory hallucinations are one of the main positive symptoms (those that add elements to the patient’s habitual functioning) of both schizophrenia and other psychotic-type disorders in which there is a partial or complete break with reality.

Other disorders in which it is possible to hear voices

Psychotic disorders are not the only ones in which the hearing of voices generated by one’s own mind can occur. In some types of depression such as atypical depression, in manic episodes, anxiety attacks or during epileptic seizures, voices can be heard. Also during dissociative states.

Also, some diseases and medical disorders can cause this perception. For example, in the presence of high fever it is possible that hallucinations and delusions appear, as well as a large number of alterations that occur with alterations in consciousness.

Different conditions such as withdrawal syndrome to certain substances, or neurological disorders such as dementias are prone to generate the perception of hearing voices.

We are not always in the presence of a disorder

As we have seen, when it is mentioned that a person hears voices, this fact is usually linked to the existence of schizophrenia or a psychotic type of disorder. This is because the presence of auditory hallucinations, especially in the form of voices, is one of the most characteristic symptoms of paranoid schizophrenia.

However, this disorder is not always present: it is possible to hear voices for multiple reasons and not all of them are pathological .

The consumption of certain substances, especially those of a psychodysleptic or psychoanalytic type (such as hallucinogens), can also provoke the perception of voices or sounds by causing alterations in perception and/or the level of consciousness. In addition, some substances can cause a psychotic break per se, which can also lead to hearing voices.

And not only during their consumption, they can also occur in intoxications by these substances or even when they suddenly stop consuming them in cases of dependence, that is, when they are in withdrawal.

An example of this is found in hypnagogic and hypnopompic hallucinations, also called physiological hallucinations: this is a form of pseudo-perception in the form of hallucinations that arise in the passage from wakefulness to sleep and vice versa , that is to say in a state in which an alteration of consciousness is being produced.

3. Reaction to intense stress or a traumatic event

Losing a loved one, being abused, or being under considerable stress can cause those who have suffered to experience voices at times. For example, it is not uncommon when we lose a loved one to feel like we are hearing the voice of the deceased, usually in the early stages of the grieving process.

Hearing voices can also be the consequence of a state of extreme excitement and nervousness , this phenomenon appearing as a nervous paroxysm. In fact, the perception of these voices can further increase the state of tension of the subject and accentuate the perceptions.

Pareidolia is understood to be the phenomenon by which the human brain tends to cause us to perceive patterns in ambiguous stimulating elements, as occurs when we see shapes in the clouds.

Although pareidolia itself designates the endowment of meaning and significance to images that do not have it, similar phenomena can also occur in other senses. For example, in hearing. It is possible that certain environmental elements, such as the wind, produce noise which we can interpret as a human voice , even in the form of sentences.

What are they really?

The origin of the perception of voices with nothing to trigger such perception may depend on the type of phenomenon that originates them. Usually it is either an interpretation of an external noise or the perception as exogenous of a self-generated content (i.e. something that the person himself has thought is perceived as external).

In the second case, there are multiple hypotheses as to why this is so. It has been perceived that the existence of an excess of dopamine in the mesolimbic pathway may generate hallucinations and delusions, and the possibility of prefrontal injury has also been proposed. It has also been observed that many patients with asymmetries in the temporal lobe develop positive symptoms such as hallucinations. Another explanation may be the disconnection between the brain regions of speech and the prefrontal , which may cause a dissociation between self-consciousness and the generation of verbal content.

How are they treated?

Hearing voices requires treatment if they are due to the existence of a mental illness and/or if they represent a significant impairment, discomfort or limitation for the perceiver or his/her environment.

If the voices are perceived throughout a grieving process or after a traumatic experience, it may be necessary to work on the phenomenon that has generated it and its significance for the patient. The type of strategy to be employed will depend on the case.

In cases of psychotic disorders, neuroleptics or antipsychotics are often used to reduce hallucinations. Both typical and atypical drugs are very successful in this respect, although the former can cause significant side effects and in both cases can lead to sedation. In other disorders the corresponding cause must be treated.

On a psychological level and specifically on auditory hallucinations, focalization therapy has been employed . In this therapy developed by Slade, Haddock and Bentall, the patient tries to gradually focus on different aspects of the voice. We start with the form and characteristics of the voice in question, and then analyse the content (i.e. what they say) and finally work on the beliefs that the subject has regarding them. The aim is to get the subject to gradually re-attribute the voices to their own mental content.

In any case, when treating a person who says he hears voices, it is necessary to make him see a fundamental aspect: regardless of what they say, the voices cannot hurt him .