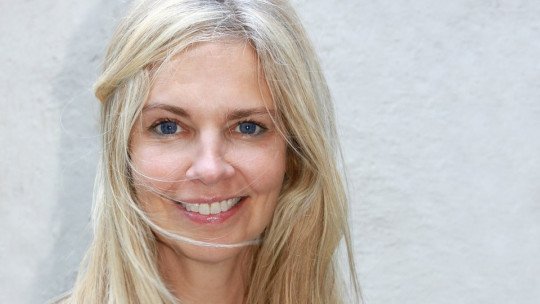 In recent decades, the belief has become popular that maintaining a positive attitude can prevent the appearance of cancer and contribute to overcoming this disease. These ideas are based on a very small number of investigations; however, a global analysis of the scientific evidence currently available reveals that they are wrong.

The main causes of cancer are related to environmental risk factors. These include tobacco use, obesity, infections, radiation, sedentary lifestyles and exposure to pollutants. Although psychological factors can influence this disease to some degree through the degree of stress, its weight is generally low.

The relationship between positive attitude and cancer

Several meta-analyses of research have been conducted on the possible association between psychological factors and the development or progression of cancers. In summary, we can say that no relationship has been found between a positive attitude and the prevention or recovery of these diseases.

The case of breast cancer has been particularly studied , in part because some of the studies that supported the hypothesis that a positive attitude prevents this disease had been carried out with women affected with this type of cancer.

No significant associations have been found between breast cancer prevention or survival and psychological factors such as the degree of psychosocial stress, social support or coping style. However, there is one personality factor that does appear to be associated with cancer, as we will explain later.

Another study analyzed a sample of more than 1000 patients with head and neck cancer. No relationship was found between emotional well-being and survival time to the disease, nor with the growth rate of the cancer.

Eysenck and Grossarth-Maticek, among other authors, have described a personality factor associated with the development of cancer: rationality-anti-emotionality , which would be defined as the tendency to emotional suppression , with a predominance of rationalization. This trait is conceptualized as a negative reaction to situations that cause stress.

While these two authors had linked cancer more to people with a tendency to despair, scientific research has not supported this hypothesis. On the contrary, there is some evidence that rationality-anti-emotionality can influence the appearance of cancer.

If this approach is confirmed, the most likely explanation would have to do with two facts: cancer is a set of diseases associated with the immune system (i.e. the body’s defences) and chronic stress has immunosuppressive effects. Stress favours the development of cancer , although less so than tobacco, obesity or infections.

It is true that psychological factors can favour the appearance or progress of cancer, but it seems that they only do so indirectly. This is exemplified in the data on coping with stress, but above all in behavioural habits that negatively affect the organism such as smoking or eating inappropriately.

Psychotherapy focused on this disease

Over the last few decades, various psychological therapies have been developed to treat cancer. Others focus on the prevention of these diseases, and even on the modification of personality factors supposedly related to cancer.

A particularly striking case is that of the visualization therapy developed by Simonton in the 1980s. This program consists of visualizing the body’s defenses by destroying cancer cells, as well as promoting a positive attitude in general. We have not found any independent studies on the effectiveness of this “treatment”.

There is also the creative innovation behavior therapy , developed by Eysenck and Grossarth-Maticek based on their own hypothesis. It focuses on the development of new patterns of behaviour to replace the attitudes that the authors associate with the appearance and progression of cancer. Again, it has been studied basically by its own creators.

If we are guided by the available scientific evidence, we can conclude that psychological intervention in cancer should focus on the prevention of the main risk factors (tobacco and alcohol consumption, inadequate diet, sedentarism, etc.) as well as on the adherence to medical treatments, rather than on the famous “positive attitude”.