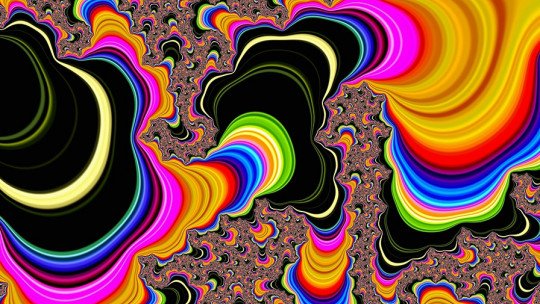 The use and abuse of drugs and psychoactive substances has traditionally been related to the ability to create and innovate, to the extent that a large number of celebrities from the world of art, music and even science have linked their achievements and creations to drug use.

However, the scientific evidence around this association is not so clear, leaving unresolved the question of whether drugs really make us more creative .

Brain activity, creativity and drug use

Drugs and narcotics are a range of substances used with the intention of altering mood, experiencing alternative sensations and in some cases trying to enhance physical and mental performance. However their side effects on the body can be extremely harmful and dangerous.

It is necessary to specify that this article is not intended to encourage or support drug use. Rather, we will try to shed some light on the myths and beliefs related to drug use and the development of creativity.

To do so, it is necessary to know what direct effects drugs have on our brain functioning and thus be able to discern whether they really facilitate creative processes or, on the contrary, inhibit and hinder them.

On a general level, narcotics or drugs, both legal and illegal, cause a number of changes in the body. Their action on the biochemical reactions of the brain stimulate or inhibit the neuronal functioning, which has numerous effects both on a physical and psychological level .

In the case of cannabis, it tends to act on the metabolic processes that regulate mood and pain, among many others. On the other hand, cocaine is known to significantly increase the levels of dopamine in the body, generating large amounts of energy but also being highly addictive.

As for heroin, it provokes a sensation and experience of ecstasy in the person which is very much associated with feelings of extreme happiness , but its effects on respiratory function can be lethal.

In short, no matter what type of substance of abuse is used, it will change the way our brain works. Now, science will have to establish if these changes occur directly on the brain processes related to creativity or if it is a side or collateral effect of the pleasant sensations and ecstasy that these provoke.

Whatever the conclusion, the side effects of these can be so dire, and even deadly, that it is necessary to stop and think whether it is really worth the risk.

Contrary to claims in some artistic contexts that the use of drugs and narcotics considerably increases people’s creativity, a study carried out at Eötvös Loránd University in Budapest by the expert in addiction psychology Zsolt Demetrovics, this association is not so simple, and it is still considered that there are nuances. The aim of this research was to demonstrate whether the claim that drugs encourage creativity was just a myth or whether, on the contrary, there is empirical evidence to support it.

Demetrovics and its collaborators carried out a systematic review of the articles related to this issue, as a result of which they discovered that there were only 14 empirical studies and 5 case studies in which the relationship between drugs and creativity was attempted to be answered. This is a very small number in relation to the importance of the topic.

An additional problem is that most of the empirical research reviewed presented methodological problems such as too small samples of participants, standardized assessment instruments and self-reported data. A comprehensive review of these articles found that there was a very general association between creativity and substance use. But none of them were able to provide any substantial evidence that drug use directly enhances creativity. Therefore, the conclusion that Demetrovics reached was that there is really no direct link between these two factors.

On the other hand, it was possible to perceive a tendency that associated people with a high level of creativity with drug consumption , and high creative capacity could be a risk factor for drug consumption, and not the contrary. Furthermore, it was also shown that drugs had the capacity to substantially alter a person’s artistic approach, but not to increase his or her creative output.

Finally, Demetrovics participated in a qualitative study with a sample of 72 people who were professionally involved in the art world. Most of these participants showed that the use of substances such as alcohol and cannabis helped them to balance the intense emotional states inherent in the creative process, thus facilitating the emergence of new ideas and creativity.

However, despite the testimonies of the participants, it was not possible to establish a direct causal relationship between drug use and the increase in creative skills, leaving the answer still in the air.

Science, art and drug use

There are many cases and stories that relate great celebrities from the world of art, music, literature and even science to drug use, to the point that the artists themselves have publicly stated that drugs facilitate and enhance the creative process.

Drugs and Music: The Case of Jim Morrison

It is well known that a large number of artists and composers resort to the use of drugs to find inspiration , as well as to increase their performance on stage. Although there are dozens of cases, Jim Morrison’s is one of the best known, both for his talent and for his unfortunate end.

The vocalist of The Doors, went through numerous depressive and traumatic episodes that he tried to overcome through his musical creations and drug use. Surely, Jim Morrison’s immense talent was independent of drug use but he clung to them as an engine of inspiration and as a means to regain strength.

However, drug addiction increasingly eroded his creative abilities as well as his physical condition, causing him to die at the age of 27.

2. Aldous Huxley and inspiration through LSD

The prolific writer, author of great works such as A Happy World (1932) or The Island (1962), who came to try his luck with painting and even with parapsychology; came to attribute to the consumption of LSD the potential of his creativity . Nevertheless, he himself warned of the dangers of its consumption, as well as of the dependence that these can cause.

There are many other stories about the tendency to use drugs by a large number of famous inventors, scientists and technological geniuses. One of them is the famous inventor Thomas Alva Edison , known for consuming a substance known as “cocaine elixir” which contained this substance combined with wine.

Another example is that of the well-known computer magnate Steve Jobs, who admitted to having consumed LSD on some occasions with the aim of boosting his creativity and expanding the limits of his mind.