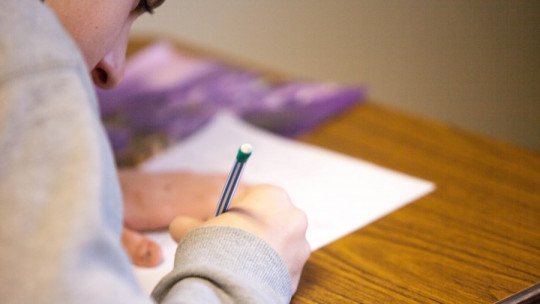 Psychometry is a discipline framed within experimental psychology, which aims to study and determine how psychological tests are constructed. Within it, we find different models that have tried to facilitate this work (the construction of tests).

In this article we will talk about one of these models: the item response theory . We tell you what it consists of, what limitations it overcame from its previous model (Classical Test Theory), what it is for and what its basic concepts and characteristics are.

The tests in psychology

In the field of psychology, tests are procedures that allow us to collect large amounts of information (or very specific information) in relation to something we want to find out or study about an individual or a group of individuals (for example a personality trait, anxiety, motivation, etc.).

How are the tests built? They are elaborated from a series of psychometric models that allow us to evaluate the quality of the measurement of these tests , as well as to obtain certain guarantees of this measurement.

In psychometry (which we will see later on), there are different “Theories of Tests”, which form a framework of reference, both theoretical and methodological, to group the different models and theories that will allow us to construct and use the tests in an adequate manner. We will now look at one of these models: the Item Response Theory (IRT).

Psychometry is a part of experimental psychology; it is a discipline, in charge of studying and developing all those methods and theories that are used to measure the psychological variables of people.

The Item Response Theory overcame the disadvantages or limitations of a previous theory: the Classical Test Theory (TCT). This last theory was developed by Charles Spearman in 1904; it is the theory with which psychometry began (the first), and it sought to explain how from a value in a test, obtained by a person, a true value can be extrapolated or concluded in relation to the manifestation of a characteristic or personality trait being studied.

What is IRT for?

The objective of item response theory is to specify what relationship exists between the empirical scores obtained by a subject (or several subjects) in a test, and an unobservable characteristic or feature being studied in that subject (or subjects). An example of a trait to be measured may be impulsivity, extroversion, introversion, etc.

Thus, the Item Response Theory serves to enable us to construct measurement instruments (tests) with properties that do not vary between populations; in this way, if two people have the same level of measured trait, they will both have the same probability of giving the same response , and this is independent of the population to which they belong.

Overcoming the limitations of the TCT

As we have seen at the beginning, the Item Response Theory overcomes some of the limitations presented by the Classical Theory of Tests.

In order to better understand Item Response Theory, let’s look at some of its basic concepts and most salient features :

We must be clear that the score observed in a test is a random variable, with a certain distribution. This distribution depends on two variables: the level of aptitude or ability of the subject, and how the trait is evaluated by the item (or test).

This concept is also part of the Item Response Theory. Dimensionality is a part of the latent feature . Any individual can be described in a feature by determining the values of those dimensions; in practice, we talk about one-dimensional models.

Another feature of Item Response Theory is the local independence of the items and subjects examined. Thus, when we speak of local independence, we mean that the probability p(x) that a subject responds correctly to an item is not influenced by the responses given to other items .

On the other hand, if the one-dimensionality mentioned in the previous point is met, the local independence in the test is also met.

Another concept or idea that is part of Item Response Theory is the information function of the test. This function is actually a property of the test that allows us to calculate the amount of information that a test can provide at any level of ability.

In this way, the greater value a test’s information function provides for a given proficiency level, the greater the discrimination for that level and the less measurement error there will be in the test.

This curve, also called the regression curve, represents the expected values of an item on the “fitness” variable .

Parameters of the item characteristic curve

In relation to this curve, typical of the Item Response Theory, there are a series of associated parameters, the “Item Characteristic Curve Parameters”, which are three and are represented by letters:

1. B: difficulty of the item

Finally, the parameter C is pseudo-sighting or divination; it consists of the probability of hitting an item by chance, and is measured at the lower asymptote of the curve. For the item to be suitable, this parameter must be worth 0.35 at most.