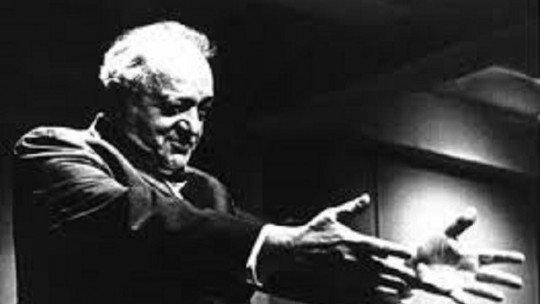 Since it became popular in Europe and in the United States during the early 1920s, Jacob Levy Moreno’s psychodrama has caught the attention of many people e.

This may be due, in part, to the striking thing about psychodrama sessions: a group of people who seem to be performing a play based on improvisation. However, Levy Moreno conceived these sessions as a psychotherapy tool based on assumptions that go beyond the simple desire to have fun. Let’s see what the theory behind psychodrama is and how it shapes the sessions in which it is used.

Who was Jacob Levy Moreno?

The creator of psychodrama was born in Bucharest in 1889 into a Sephardic Jewish family. Some years after settling in Vienna in 1915, Levy Moreno started an initiative based on theatrical improvisation, which would give way to a psychotherapeutic proposal he called psychodrama. Psychodrama was based on the idea that expressing oneself through spontaneity and improvisation meant a kind of liberation through creativity, which had to do with one’s own subjective experiences through unplanned dramatizations.

In addition, Moreno studied medicine at the University of Vienna, and there he came into contact with the ideas of psychoanalytic theory , which gained acceptance in Austria during the first half of the 20th century. Although the father of psychodrama rejected many of Sigmund Freud’s assumptions, psychoanalysis had a marked influence on his thinking, as we will see. Similarly, he experimented with a type of intervention that could be considered a primitive form of mutual aid group.

In 1925 Levy Moreno moved to the United States of America, and from New York began to develop both psychodrama and other elements related to the study of groups , such as sociometry. He also theorized about forms of group psychotherapy in general, starting from a heterodox point of view that rejected determinism and praised the role of improvisation. After dedicating a good part of his life to develop group therapy methods, he died in 1974 at the age of 84.

To begin to understand what psychodrama is and what objectives are being pursued through it, let’s first review its appearances: the way in which one of its sessions is carried out. To understand minimally what we will see below is only necessary to understand two things: that psychodrama sessions are in groups, but that psychodrama does not seek to address problems manifested by a group, but uses the presence of many people to intervene in the problems of individuals, in turns.

Thus, at each moment there is a clear protagonist, who is the one towards whom the session should be oriented , while the rest of the people are members who help in the realization of the session and who, at some point, will also be the protagonists of their own psychodrama.

These are the phases of a psychodrama session:

In the first phase of the psychodrama session, a group of people get together and the person who energizes the act encourages the others to do exercises to break the ice . The aim of the warm-up is to make people uninhibited, aware of the beginning of the session and more willing to express themselves through actions that in another context would be bizarre.

Dramatization is the core of psychodrama sessions . In this one, one of the people attending the group is chosen, and this person explains a little bit which problem has made him/her attend the session and which autobiographical background is associated with it. The person leading the session tries to get the protagonist of the dramatization phase to explain how he or she perceives this problem in the present, rather than trying to make him or her remember exactly the details of the problem.

After this, the dramatization begins, in which the main character is helped by the rest of the members of the group, who play a role, and all improvise scenes related to the problem to be treated. However, this representation does not follow a fixed script, but it is based on the improvisation supported by very few guidelines about what the scene should be. The idea is not to faithfully reproduce scenes based on reality, but to offer a similar context in certain essential points; then we’ll see why.

The foundations of psychodrama

Now that we have seen what a typical psychodrama session basically consists of, let’s see what principles it is based on, what philosophy is behind it. To do this, we must first start from the concept of catharsis, explained first by the philosopher Aristotle, as a phenomenon by which the person understands himself better after having experienced a work that represents a series of events. This was very applicable to theatrical dramatizations, in which there was almost always a climax that sought to awaken intense emotions in the spectators and offer an outcome that represented a process of emotional liberation.

For Jacob Levy Moreno, the idea on which the therapeutic potential of psychodrama was based was that it allowed catharsis to move from being secondary, experienced by the spectator, to being an active catharsis, experienced by protagonists of dramatizations.

And why was this form of catharsis supposed to be better? This idea was based on the theory of Spontaneity-Creativity , according to which creative responses to unexpected situations is the best mechanism to discover new solutions to old problems that remain entrenched for a long time.

In other words, the inability to see beyond the mental path to which we have become accustomed in analyzing a problem must be broken through participation in unforeseen situations. In this way, the process of emotional liberation is born from a creative and spontaneous fact , something more significant for oneself than a fiction seen from outside the work. For this creative catharsis to take place, it is not necessary to reproduce past experiences exactly, but rather to make the session evoke elements that in the present the protagonist believes are significant and related to the conflict to be dealt with.

The relationship between psychodrama and psychoanalysis

The link between Jacob Levy Moreno’s psychodrama and the psychoanalytic current is based, among other things, on the implication that there is an unconscious instance of people’s minds, and a conscious one.

Psychoanalysis also pursued the goal of having blocked experiences emerge into consciousness in a systematized manner so that the patient could re-interpret and appropriate them. However, Jacob Levy Moreno did not want this task to be based solely on the reinterpretation of something, but rather pointed out the need for the process to also involve the participation of the whole body through the movements that are performed during role playing on a stage.

The effectiveness of psychodrama

Psychodrama is not part of the therapeutic proposals that have been scientifically proven to be effective , which means that the sceptical community in health psychology does not consider it an effective tool. On the other hand, the psychoanalytic foundations on which it rests have been rejected by the epistemology on which scientific psychology currently rests.

To a certain extent, psychodrama focuses so much on subjective experiences and on the processes of meaning themselves that it is said that its results cannot be measured in a systematic and objective way. However, critics of this perspective point out that there are ways of taking into account the effects that any psychotherapy has on patients, however subjective the problem to be treated.

This does not mean that psychodrama is not still practiced, as is the case with family constellations, whose sessions may resemble those of Jacob Levy Moreno’s classic psychodrama. This is why, when faced with problems related to mental health, alternatives with proven effectiveness in different types of problems are chosen, such as Cognitive-Behavioral Therapy.