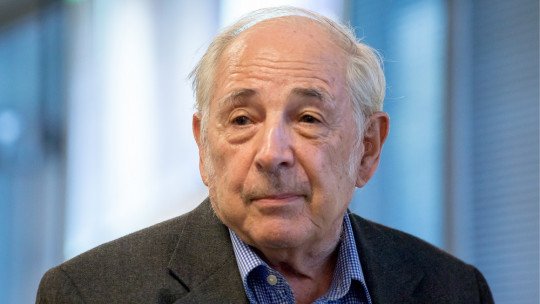 John Searle (1932- ) is an American philosopher recognized for his contributions to the philosophy of the mind and the philosophy of language. His proposals have had important repercussions not only in these areas, but also in epistemology, ontology, the social study of institutions, practical reasoning, and artificial intelligence, among many others.

Next we will see the biography of John Searle , as well as some of his main works and contributions to philosophy.

John Searle: Biography of a Pioneer in the Philosophy of Language

John Searle was born in Denver, Colorado, in 1932. He is the son of an executive and a physicist, with whom he moved several times until finally settling in the state of Wisconsin, where he began his college career.

The theory of speech acts

While studying at Oxford University, John Searle trained with the British philosopher John Langshaw Austin, who had developed the Theory of Acts of Speech. Much of Searle’s work has consisted of taking up and continuing the development of the latter.

Through this theory, Austin criticized the tendency of contemporary philosophers, specifically the philosophers of logical positivism , who propose that language is only descriptive, that is, that the only possible language is that which makes descriptive statements, which may or may not be true only according to the context.

The contributions of this thinker

John Searle took up again the theory of speech acts, and has focused specifically on the analysis of illocutionary acts, on their propositional content and on the rules that follow (under the conditions necessary for a statement to have performative effects).

For linguistic communication to be established, certain intentions are necessary. The latter means that when we communicate (when we ask or when we state something) we act, we are part of a series of semantic rules.

John Searle elaborates this complex proposal through describing both the semantic rules , and the different genres of illocutionary acts, their propositional contents, the situations in which speech occurs, among other elements.

Contributions to the philosophy of the mind

In his academic and intellectual career, John Searle has made important connections between language and the mind. For him, speech acts are closely related to mental states .

Specifically, he has been interested in the relationship between intentionality and consciousness. He proposes that not all mental states are intentional, however, beliefs and desires, for example, have an intentional structure in that they are connected to something specific.

It also suggests that consciousness is an intrinsically biological process, so it is not possible to build a computer whose processor is the same as that of our consciousness . His contributions have been especially important for the cognitive sciences, the philosophy of mind and the discussions about the possibility of creating Strong Artificial Intelligence (the one that not only imitates the human mind, but actually reproduces it).

To put this last point in question, John Searle has proposed a mental experiment known as The Chinese Room, from which he explains how an operating system could imitate human mind and behaviour if it is given a set of rules to specifically order a series of symbols; without necessarily the operating system understanding what those symbols mean, and without developing an intentionality and awareness of it .

John Searle has made an important contribution to the discussion on the division and relationship between mind and body. For him, these two are not radically different substances, as Descartes had established since the 17th century, nor are they reducible to each other (for example, the brain is not exactly the same as the mind), but rather they are phenomena that are intrinsically connected.