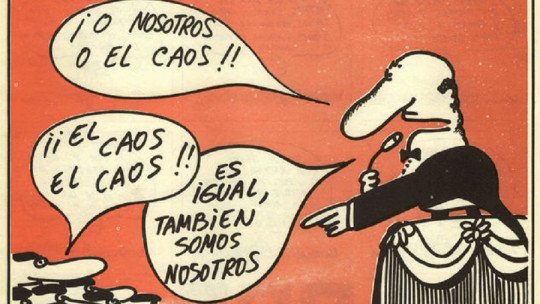 The journalistic caricature is one of the most powerful elements of communication in current affairs : a few images can express a lot, even starting from very abstract ideas. This mix between topicality, emotional charge and (usually) humour and sarcasm makes these pieces very attractive in the eyes of the readers, and that makes many newspapers, magazines and websites bet on including several graphic works of this kind in their publications.

Throughout this article we will see what journalistic cartoons are, what are the characteristics that define them, and we will also review several examples of these.

What is a journalistic cartoon?

A journalistic caricature is a piece of journalism in which, through drawings or other forms of graphic representation, an idea is expressed by posing fictional situations that exaggerate some aspect of current events from a critical and, most of the time, ironic and humorous point of view.

These pieces can be presented as a single image that encloses a story in itself, or using a “comic strip” format, several vignettes in which a narrative development is created.
On the other hand, the characters that appear in the journalistic cartoons do not necessarily have to be representations of people who exist in real life, but there are always references to phenomena that happen today , and that in fact constitute the main theme of these pieces.

If famous people are drawn in these cartoons, they are usually depicted with emphasis on their distinctive features to make them recognizable, but it should be noted that it is not called a “journalistic cartoon” because it contains graphic representations of caricatured physical features, but because of the use of exaggeration and humor in the subjects dealt with.

Where is it published?

The journalistic cartoon is usually published daily or weekly in newspapers, in the format of a single bullet or short series of bullets occupying a strip of modules on the page, often on the skirt (so as not to detract from the titles of the adjacent articles. However, they are also common in monthly magazines and on websites.

Unlike other forms of graphic expression in cartoons, such as the Japanese manga or the Western graphic novel, journalistic cartoons are not usually attributed an entity of their own, so that they are almost always considered as a complement to textual pieces that explain current events on topics of general interest or on themes in which the publication in question specializes. Sometimes it is possible to acquire pieces of journalistic caricatures bound in book format, but in these cases they are usually compilations of pieces made and published during previous years.

These are the main characteristics of journalistic caricatures, although it must be taken into account that as pieces of artistic expression they are, they do not always follow definitions nor formats that are excessively planned in advance.

Journalistic caricatures are usually a series of pieces that follow the current events, so in practice they usually have a continuity . The newspapers, magazines, fanzines and other publications that use them collaborate regularly with the authors of these works to create a faithful audience.

As mentioned above, the journalistic cartoons address issues that are currently being discussed and that are part of the current affairs for most people in a region or for the niche readers of the publication for which they are working. These themes are usually related to politics, society, and other areas of interest that provoke debate and positions in favour and against certain ideas.

3. Exaggerates characteristics of persons and entities

The use of stereotypes is another constant in journalistic caricature, which tries to offer an extreme version to the absurd of those physical and behavioural characteristics of people, organizations, etc. This has led to controversy over whether it is right to use these stereotypes to represent discriminated minorities.

4. The author is indicated

The journalistic cartoon always has an indication of who created the work; the author can use his or her real name or a pseudonym.

Neither the authors of the journalistic cartoons nor the editors of the publications in which they are included intend to pass these pieces off as purely informative and descriptive elements of what is happening at present. It is evident that in them there is opinion and ideological positioning, and that it is normal not to agree with the message of what is expressed . For this reason, in newspapers, journalistic caricature vignettes are usually in the section of opinion columns.

6. The position in which it is published is fixed

In periodical works, such as magazines, websites and newspapers, the position in which the journalistic caricature appears is almost always the same . This is due to the very functioning of these publications, which are based on a distribution of content (layout) already planned in advance, and thanks to which readers already know where to go to find what interests them most.

Functions of this form of journalism

Among the main functions of the journalistic cartoon are the following:

These are some examples of journalistic cartoons s that help to understand what they consist of.

The cartoonist and illustrator Eneko las Heras thus represents the so-called “media cave”, a derogatory term by which a group of media associated with right-wing ideology are known in Spain. 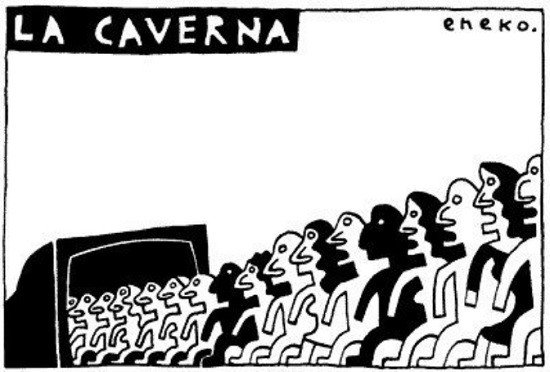 This piece from El Roto criticizes nationalism, pointing out a tendency to pass off personal interests as the essence of a collective with a history that legitimizes it. 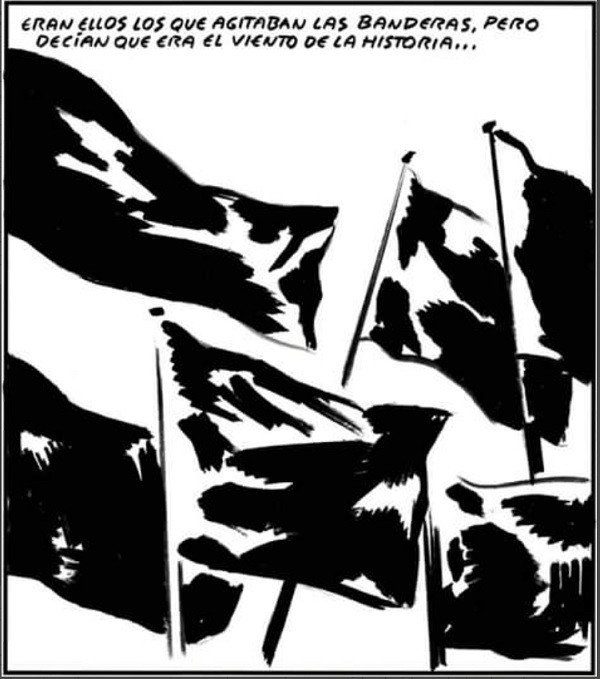