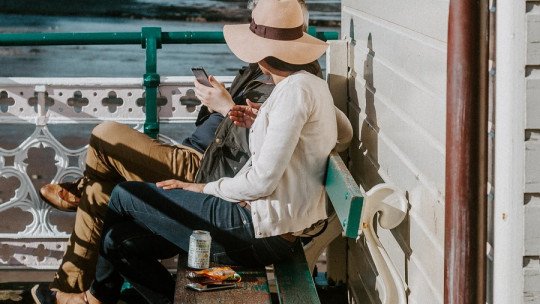 Cognitive biases are a type of psychological effect that causes us to deviate from reason and make irrational or inaccurate judgments. There are many of them, but here we will focus on one of them: the curse of knowledge .

As we will see, this bias often causes us to explain things by assuming that the recipients of the message have more information than they actually have.

In this article we will explain how this bias has been studied and what other cognitive biases it is related to. We will also look at what the consequences are (especially in the educational field) and how we can act to curb it and promote deeper learning and understanding in our listeners.

Knowledge curse (cognitive bias): what is it?

The knowledge curse is a cognitive bias that appears when a person who communicates with another/s, without realizing it, presupposes that the other/s have the necessary background (at the level of information) to understand what he or she is explaining.

That is, this person assumes that the people listening to her have more information than they actually have .

To better understand the effect of the curse of knowledge, let’s take an example. Imagine a teacher who has to explain a subject to students who are new to that subject; that is, to students who really have no knowledge of the subject, and that teacher has difficulty doing so because he or she is unable to put himself or herself in their place.

As a result, he explains things assuming that the students already have prior knowledge of the subject.

What are the consequences of the curse of knowledge? To begin with, that the people who receive the information do not understand what is being explained to them , but also that misunderstandings occur, that we feel “silly” as students, that we feel that we were not listening carefully enough, etc.

As for the person who falls into the curse of knowledge (for example the teacher), he or she may come to assume that what he or she is explaining is easy to understand, clear and direct, even if it really is not.

Thus, for both the one who explains and the one who receives or listens, there is interference , and all of this can lead to deficient instruction (in the educational sphere), but also to misunderstandings in the more social sphere (for example, in a conversation between friends).

How did the cognitive bias of the knowledge curse arise? Interestingly, is a concept that does not come from psychology, but was coined by three economists : Colin Camerer, George Loewenstein and Martin Weber.

These economists published their contributions to this concept in the Journal of Political Economy. Specifically, the aim of their research was to prove that agents working in the field of economic analysis, who had more information, could anticipate more accurately the judgment of less informed agents.

The research of these economists was based on another work, this time carried out by Baruch Fischhoff , an American researcher, in 1975.

What Fischhoff had investigated was another cognitive bias, this time called “hindsight bias”, according to which when we know the outcome of a certain event, we think we could have predicted it more easily than if we had not known the outcome.

In other words, this is quite irrational, since according to the bias of hindsight, we would tend to think that we could have predicted things just by knowing their outcome beforehand .

Moreover, all of this occurs quite unconsciously, and according to Fischhoff’s results, the participants in his research were not aware that their knowledge of the final outcome could affect their responses (and if they knew, they could not ignore the effects of retrospective bias).

A question of empathy?

To understand it in simpler words, Fischhoff said that when we have knowledge about some subject or about some result, it is difficult to imagine how another person who really does not have such information thinks, since our state of mind is “anchored” in the initial (retrospective) state that knows the results.

So, in a certain way, the effect of the knowledge curse has also to do with a lack of empathy, at least at a cognitive level, since we are unable to put ourselves in the place of the “non-connoisseur” , because we have installed ourselves in our state, which is that of the “knowledgeable” person (who has the information).

How is this cognitive phenomenon “applied” in everyday life? We have seen how the cognitive bias of the knowledge curse appears in areas such as education, but also in others: in our more social sphere, for example, when we interact in our daily life with other people .

Thus, when we talk to other people, we often assume that they will understand what we are explaining because they have a previous base of information that they do not really have. This can lead to interference in communication and even misunderstandings.

In the field of education, as we have already seen, this can also happen; therefore, how can we teach students without the phenomenon of the curse of knowledge interfering with their learning?

Basically, putting us in their place, and starting from their initial state of information on the subject. This may sound simple but it’s not. It requires practice and a major exercise in “cognitive empathy”.

To do this, we can try to go back to the origin, that is, to the moment when we, as teachers, did not have this information either. From there, the aim will be to explain from the bottom up, without consciously assuming that the student knows more than he or she really does.

How to stop the curse of knowledge?

We have seen some ways to avoid the curse of knowledge, but since we find it an interesting and very practical issue in the educational field, above all, we are going to go deeper into this point.

Professor Christopher Reddy proposes several guidelines to avoid falling into this bias and to promote more effective learning in students. We will know these guidelines in a very brief way. How do we teach so that learning is deeper and more lasting?