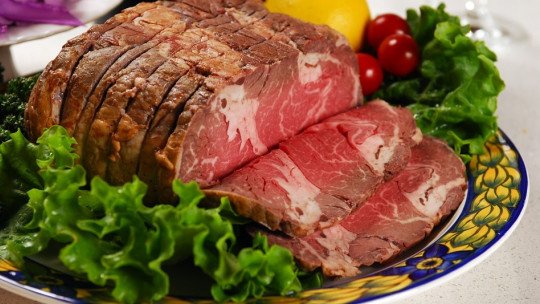 Nutritional supplements with L-carnitine have become popular in recent years to improve sports performance and to promote weight loss, in addition to other medical uses.

But what exactly is L-carnitine? How does it act in our body? And, most importantly, is it truly effective in all its applications? In this article we will answer these questions.

L-carnitine is an amino acid produced by the kidneys and liver and stored in the brain, heart, muscles and sperm. It is involved in the transformation of fat into energy and is attributed with antioxidant properties.

It is one of the two isomers or molecular structures of carnitine. While L-carnitine has positive effects on the body, the other isomer, D-carnitine, inhibits the activity of L-carnitine.

L-carnitine is mainly found in red meat , especially in lamb and beef. It can be found in moderate amounts in pork, cod, chicken breast and dairy products, and there is also a small concentration of this amino acid in some vegetables and cereals.

This compound is used as a supplement to treat various disorders of the body and to enhance metabolic activity . However, not all its applications have been supported by scientific research.

How does it act on the body?

L-carnitine serves to transport fatty acids across the mitochondrial membranes of the cells. The enzyme carnitine palmitoyltransferase binds the L-carnitine molecules to the fatty acids.

This amino acid has antioxidant effects : it eliminates free radicals, particles that if accumulated in excess alter the DNA and damage cells by oxidation, and may promote the appearance of cancer.

L-carnitine deficits may occur in the body due to genetic alterations or malnutrition, as well as due to the exclusive consumption of plant foods.

The lack of L-carnitine can cause different alterations depending on age, severity and the organs involved. Some of the most characteristic symptoms of this alteration are reduced glucose levels (hypoglycaemia), the appearance of heart muscle disease (cardiomyopathy) and fatigue.

The uses of L-carnitine as a nutritional supplement are multiple, although not all of its alleged benefits have been demonstrated and much research remains to be done. In this section we will detail the scientific evidence on the different applications of this substance.

In no case is it recommended to take L-carnitine supplements without a doctor’s prescription since it is an experimental drug in most of its applications.

The kidneys are involved in the production of L-carnitine, so blood levels of this amino acid are affected when there is kidney disease . It is in this field that external L-carnitine is most clearly effective.

L-carnitine supplements have been shown to be effective as an adjuvant for people undergoing hemodialysis, a form of therapy that replaces the function of the kidneys when they are not working properly. This not only reduces the symptoms of L-carnitine deficiency but may also prevent them.

Scientific studies have found preliminary evidence in favor of the use of L-carnitine in heart disease and the circulatory system in general.

In particular, L-carnitine can increase the physical exertion capacity of people diagnosed with angina pectoris or heart failure, as well as reduce the risk of mortality after heart attacks and in cases of heart inflammation (myocarditis).

On the other hand, it has been suggested that L-carnitine reduces pain and improves mobility in people with atherosclerosis, and that it prevents the development of this disorder by reducing cholesterol and triglyceride levels.

There is not enough scientific evidence to say that L-carnitine is effective as a supplement to reduce weight, despite the fact that this is one of its most famous applications.

Some studies claim that this compound reduces fat accumulation and increases muscle mass. In addition, the fatigue-reducing effects of L-carnitine would facilitate weight loss indirectly.

Male infertility has been linked to low levels of L-carnitine. Research suggests that L-carnitine supplements are likely to increase the number and motility of sperm.

L-carnitine can help regulate the blood glucose levels of people with diabetes if taken as an adjunct to the specific medication to treat this disease.

In the same vein, it may be effective in reducing the symptoms of diabetic neuropathy, which occurs when high glucose levels damage the nerves in the extremities, causing pain and numbness.

L-carnitine appears to reduce the symptoms of hyperthyroidism , a disorder characterized by excessive secretion of thyroid hormones. Studies in this area are promising but so far inconclusive.

Although more studies are needed to confirm this, it has been suggested that L-carnitine may increase the effectiveness of Viagra in cases of impotence, especially in men who do not respond adequately to this medication and have undergone prostate surgery.

Intense physical exercise has been linked to a drop in L-carnitine levels, so many athletes use these supplements to improve their performance . However, although some studies support this hypothesis, it cannot be said that L-carnitine is helpful in improving sports performance.